In advance of its August 8 release, Blockchain Heroes has airdropped fans an NFT trading card featuring a crossover character from Topps.

“We’re fighting the centralizers in the Blockchain Heroes universe,” said co-creator Joel Comm. “Why the heck are we going to use any of the old world financial systems?”

In a livestream of The Bad Crypto Podcast on Aug. 5, Comm and co-host Travis Wright also revealed they’d partnered with trading card company Topps to release a crossover character from the Garbage Pail Kids series.

‘Adam Bomb’ from Topps’ Garbage Pail Kids will be reborn as ‘Atomic Adam’ in the Blockchain Heroes universe. Comm and Wright airdropped the non-fungible token (NFT) live to fans with addresses containing cards from either series. 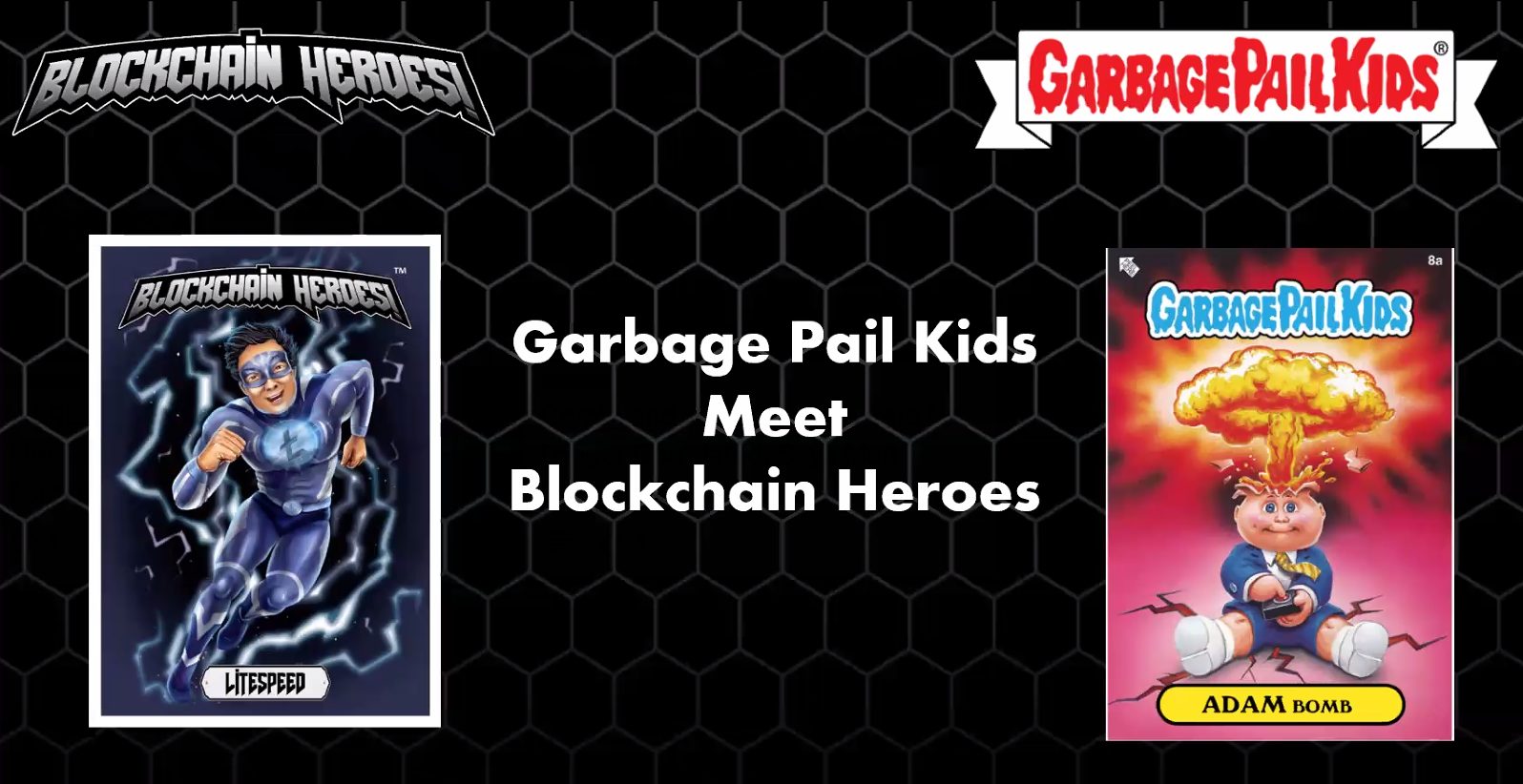 Screenshot from The Bad Crypto Podcast

The giveaway was in advance of Blockchain Heroes’ release on Aug. 8. The firm will be making slightly fewer than 125,000 cards available for sale on the WAX blockchain featuring 50 unique superheroes inspired by top influencers, inventors and content creators throughout the blockchain community.

The two types of packs available — Hero and Titan — will feature cards with superheroes ranging in rarity from ‘common’ to ‘mythical’ and stored on the blockchain in the form of NFTs. Each card will be assigned a unique minting identification number, providing transparent sales and trading history, immutable ownership records, and provable scarcity.

The project is funded by a WAX Labs grant and will launch on the WAX blockchain.

Unlike previous sales of NFT trading cards, Blockchain Heroes is planning to limit purchases of packs to 10 and 25 at a time in an effort to stop whales from hoarding and reselling on secondary markets.

In May 2020, Garbage Pail Kids cards sold out in less than 28 hours on WAX, with collectors seeing up to 25x returns in a secondary market. More recently, 125,000 digital collectibles from Star Trek’s William Shatner sold out on the blockchain in less than nine minutes.

“We welcome whales, but we want to slow the roll,” Comm clarified. “We don’t care if we sell out in nine minutes.”