A blockchain-based platform is aiming to reduce dishonesty in the job market by verifying a candidate’s education, skills and work experience for employers.

Many employers have been left with hirer’s remorse. Now, a blockchain startup is planning to verify resumes to check if a candidate’s claims are true 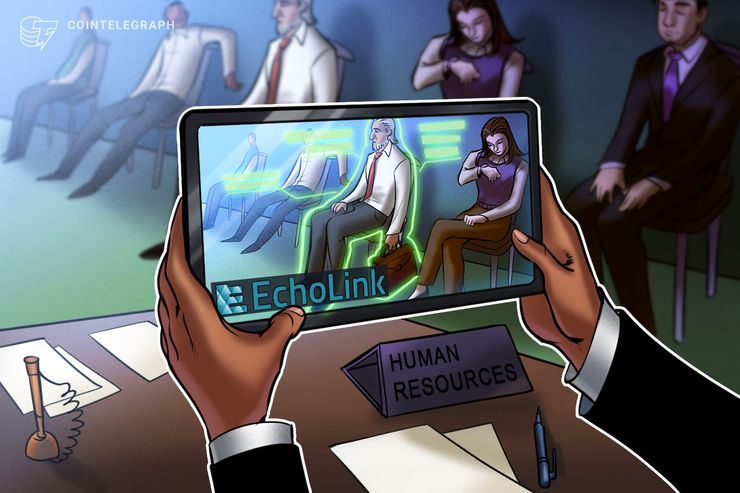 Employers worldwide are spending hundreds of billions of dollars in their quest to find the perfect candidate. However, the information they are given through LinkedIn pages and resumes isn’t always accurate or easy to verify — resulting in serious consequences.

Now, a networking and recruiting platform called EchoLink plans to use blockchain to give firms “trusted information regarding a job candidate’s education, skill and work experience,” helping to save companies time and money, all while giving skilled workers the opportunities they deserve.

According to a YouGov poll in the United Kingdom, 10 percent of Britons have lied on their resumes at some point in their careers. Lies about their education or qualifications are the most common, along with details about how long they’ve stayed in a job and their levels of experience.

While these tall tales may seem innocuous and all in the name of getting ahead, they can have consequences for the companies that fall for them. EchoLink’s white paper cites research suggesting that 75 percent of employers have hired the wrong person in the past, despite completing background checks on the applicant. As well as affecting levels of office productivity, such mistakes can also reduce employee morale, reduce the quality of work, and see many hours lost by offering training so unskilled workers are brought up to speed.

EchoLink argues that the current approach of conducting interviews before beginning background checks is inefficient. Instead, it believes employers would benefit from a system that screens candidates based on verified information from the get-go.

The startup’s platform will see crucial information about candidates — such as degrees, skill level and work experience — time-stamped and stored on its blockchain. To ensure applicants and other third parties are unable to tamper with their own records, entries can only be added by trusted institutions, such as the schools and universities issuing educational qualifications, or the candidate’s place of work. EchoLink would allow their credentials to be updated as their career progresses, with new additions also receiving a time stamp in order to create a chain of evidence.

Another hurdle that EchoLink hopes to tackle surrounds the perennial issue of degrees from international universities, which can sometimes be impossible to verify. As its white paper states, “It is difficult to judge the quality of education for degree holders from abroad, with the exception of well-known universities.”

EchoLink says that its platform will be particularly advantageous for students because it helps to make their credentials credible. The startup’s team has a firm belief that the widespread use of its infrastructure would lead to an increase in the quantity of serious enquiries that job seekers would get from hiring companies, as well as providing them with greater exposure in the job market.

In creating higher standards, EchoLink hopes to help reduce the number of instances where workers are forced out of their jobs because they lied on their resume. The firm cites the high-profile case of Scott Thompson, who left the tech giant Yahoo after just four months as CEO following revelations he padded his resume with an embellished college degree. The story sparked outrage among Yahoo’s workers.

Trial versions of EchoLink’s platform are being put through its paces in the first quarter of this year. The startup hopes that all major features will have been incorporated by the time its ecosystem is available for individual users, educational institutions and workplaces by the Q2, 2019.