Brave browser urges the EU to take action against the governments who fail to protect their citizens’ privacy against “Big Tech”.

6670 Total views
100 Total shares
Listen to article
0:00
News
Own this piece of history

On April 27, Brave browser filed a complaint urging the European Commission to take action against EU governments that fail to adequately protect their citizens.

A recent report compiled by the Brave team concludes that most EU member states do not adequately staff their General Data Protection Regulation, or GDPR, enforcers: 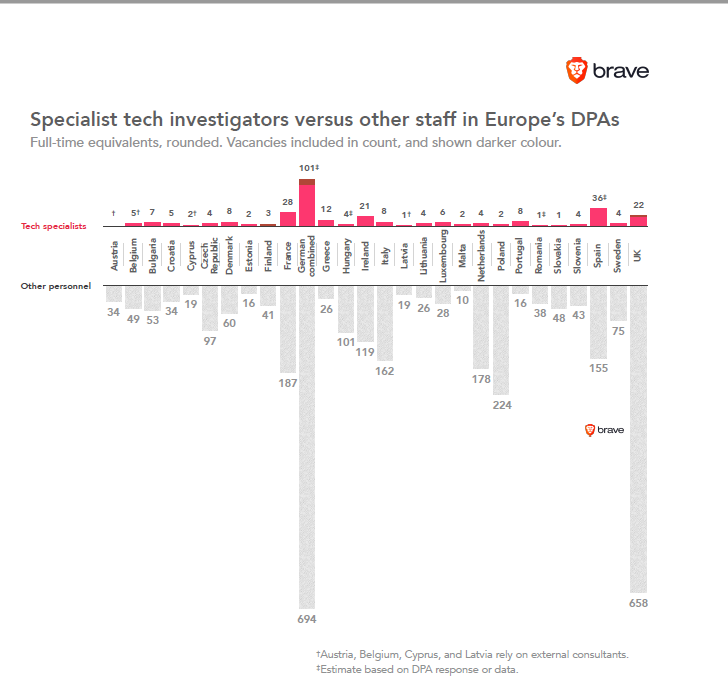 Furthermore, the report stipulates that the enforcement agencies are underfinanced, which leads to reluctance on their part to engage in expensive litigation against tech giants:

“Even when wrongdoing is clear, DPAs [data protection authorities] hesitate to use their powers against major tech firms because they can not afford the cost of legally defending their decisions against ‘Big Tech’ legal firepower.” 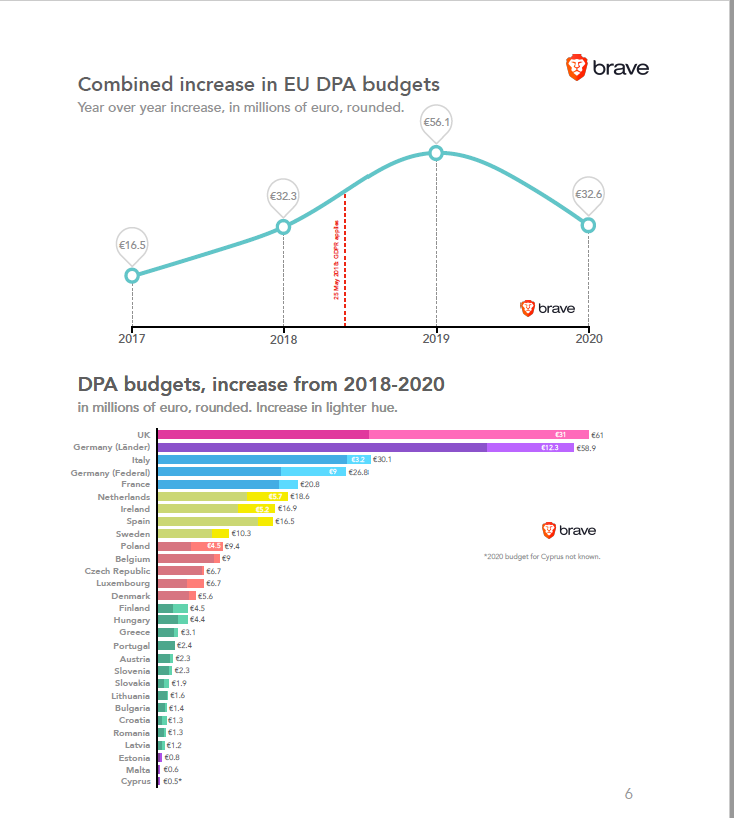 The complaint filed by Dr. Johnny Ryan, Brave’s chief policy and industry relations officer, urges the European Commission to take action and if necessary to refer the case to the European Court of Justice:

The complaint lists every EU member state with the exception of Germany, which, according to the report, is the only nation that adequately staffs and budgets its data protection authority.

Dr. Ryan told Cointelegraph that despite the economic crisis, he expects the European governments to increase financing of its data protection authorities:

“I expect a budgetary increase. Not least because the credibility of the GDPR is critically important to the EU.”

Previously, Brave filed a complaint against Google with its main European regulator, accusing it of violating Article 5(1)b of the GDPR. It should be noted that Brave is built on Chromium framework, an open-source project from Google. Dr. Ryan does not believe that Brave’s activism could lead to the tech giant’s adverse reaction against it.

Perhaps, with massive stimulus packages being thrown around, some of this money could be routed to the data protection authorities.