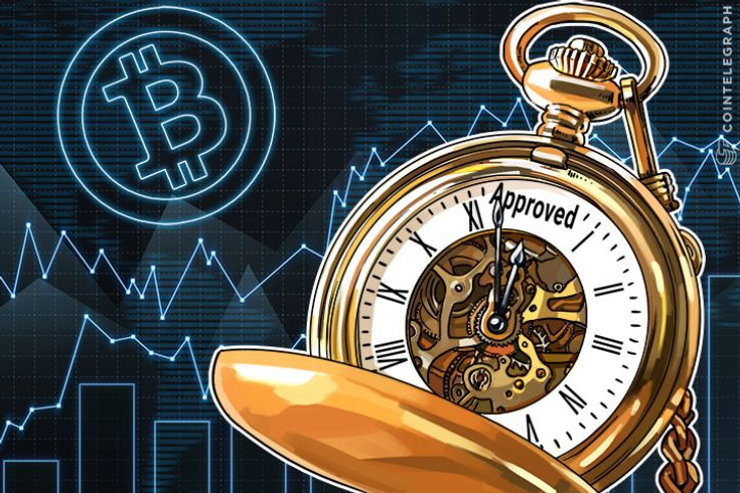 Almost immediately after the public statement from the SEC was released to the public, Bitcoin price plunged, from $1,350 to $980 within seconds. Bitcoin price recovered relatively quickly thereafter, maintaining stability at the $1,100 margin.

In its official statement, the SEC wrote:

“As discussed further below, the Commission is disapproving this proposed rule change because it does not find the proposal to be consistent with Section 6(b)(5) of the Exchange Act, which requires, among other things, that the rules of a national securities exchange be designed to prevent fraudulent and manipulative acts and practices and to protect investors and the public interest. The Commission believes that, in order to meet this standard, an exchange that lists and trades shares of commodity-trust exchange-traded products (“ETPs”) must, in addition to other applicable requirements, satisfy two requirements that are dispositive in this matter.”

Why was the COIN ETF denied?

One of the major parts of the public announcement of the SEC focused on surveillance sharing agreements. For the SEC to approve a Bitcoin ETF, in this case, the Winklevoss twins’ Bitcoin ETF COIN, the commission had to know with full certainty that the exchange traded funds of COIN can be surveilled and tracked without any potential boundaries or obstacles moving forward.

“First, the exchange must have surveillance-sharing agreements with significant markets for trading the underlying commodity or derivatives on that commodity. And second, those markets must be regulated,” the document read.

As a response, Bitcoin and security expert Andreas Antonopoulos wrote:

The ETF was denied because bitcoin can't be regulated, can't be surveilled.

“The Winklevoss ETF proposal was rejected because the SEC found that the significant markets for Bitcoin tend to be unregulated overseas markets that are potentially subject to price manipulation. But this creates a chicken and egg problem. How do we develop well-capitalized and regulated markets in the US and Europe if financial innovators aren’t allowed to bring products to market that grow domestic demand for digital currencies like Bitcoin?”

While most analysts agree that a Bitcoin ETF is not necessary at this stage of Bitcoin development and growth, the SEC believes that regulated Bitcoin-related markets will develop over time and is willing to approve or introduce ETFs in the future that complies with the requirements of the Exchange Act.

Some ETFs including the SolidX Bitcoin ETF are still under the consideration of the SEC. If the SolidX development team can gather information on the failure of the Winklevoss twins’ Bitcoin ETF and use that to their advantage for their approval, the Bitcoin industry could see the introduction of a Bitcoin ETF relatively soon.

However, if the SEC’s core argument on disapproving a Bitcoin ETF revolves around surveillance issues and unregulated OTC markets, then it seems as if it would be a great compromise for Bitcoin security to push for the approval of a Bitcoin ETF.