A group of global coffee companies teamed up to launch a platform for tracking coffee using IBM’s blockchain solution in early 2020. 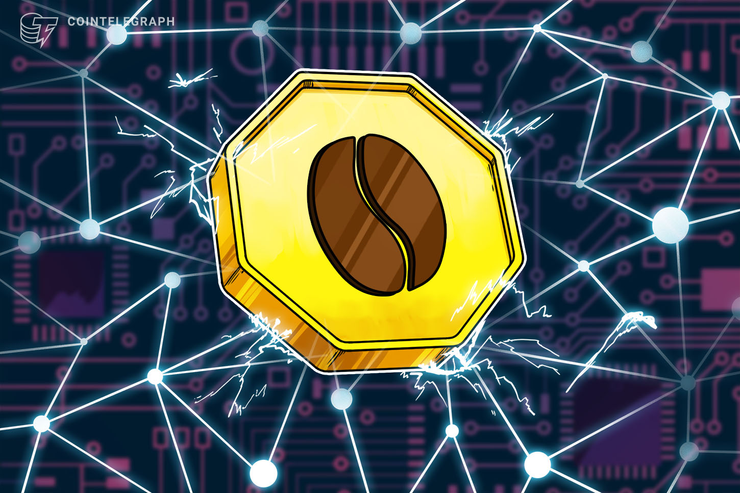 A group of global coffee companies is aiming to launch a blockchain platform to track coffee using an IBM-developed app by early 2020.

Farmer Connect, a tech startup developing farm-to-client traceability tools, has teamed up with the world’s top coffee firms such as Jacobs Douwe Egberts and Smucker's to apply blockchain to coffee supply chain tracking using the IBM Food Trust Platform, it was announced on Sept. 18.

According to a news release by Farmer Connect, the startup has worked with IBM to build the “Thank My Farmer” app, which provides consumers with detailed data about coffee products, including origin and pricing.

The first version of the app will be available to test users in select markets operated by the group of partners before the service is launched to the entire coffee community in 2020.

Other participants include Colombian Coffee Growers Federation, ITOCHU Corporation, RGC Coffee, Beyers Koffie and Swiss coffee trading firm Sucafina. Following the launch of the app, the company plans to expand to other commodities.

Rajendra Rao, general manager for IBM Food Trust, expressed confidence that Farmer Connect will be the platform of choice for the coffee industry. The executive said the new blockchain-powered approach aims to support everyone in the industry's ecosystem, and both farmers and consumers are expected to benefit from transparent connectivity.

In April, Cointelegraph reported that United States food and drug chain Albertsons Companies had become a client of IBM Food Trust. The platform was first launched for testing in 2016 with Walmart in China. Other food giants such as Nestle subsequently came on board as the pilot program attracted more participants.

On Sept. 17, Cointelegraph reported on Dutch company Waste2Wear conducting the world's first exhibition of recycled fabrics, made from ocean plastics, that can be traced using blockchain technology.