The popular Bitcoin exchange and wallet provider, Coinbase, has begun asking for LinkedIn information as part of their ‘Know Your Customer’ programme 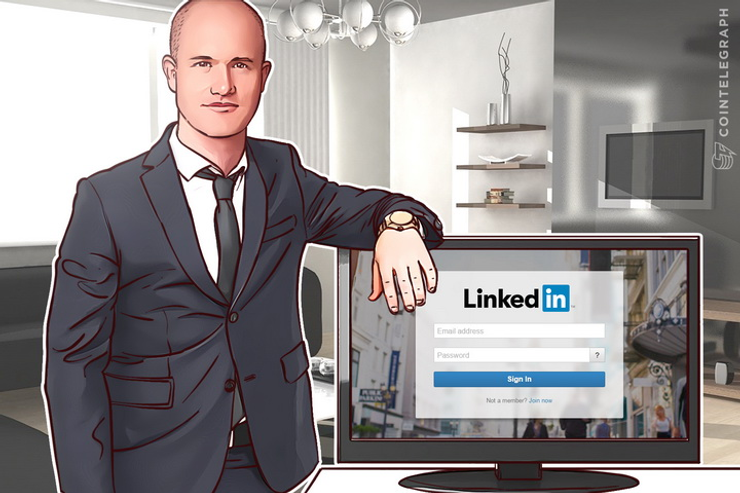 The popular Bitcoin exchange and wallet provider, Coinbase, has begun asking for LinkedIn information as part of their ‘Know Your Customer’ programme, for users who use the platform for trading.

Bitcoin to fiat currency exchanges are obliged by law to ask for a certain degree of personal information from customers wishing to trade on the platform. This is done to prevent money laundering, or at least lessen it.

Most companies choose to strike a balance between the minimum required by law and what some would consider to be an invasion of privacy.

This usually constitutes asking for a scan of a government-issued ID or a passport, and a linking of a social media account.

Many in the community question the practice as their personal and social life has little to do with their financial decisions and trading activities.

Many consider Coinbase’s move to begin asking for LinkedIn information to be a step too far, and bordering on an invasion of privacy, if not already past that line.

Some, however, justify the move by arguing that LinkedIn as a professional social networking platform is much more related to a person’s trading activities, particularly if they work in the financial sector or in the Bitcoin industry.

However, many take issue with the fact that the company is asking for this information on top of the other aforementioned information - at what point will it be no longer worth it for such an invasion of privacy?

It has been suggested that Coinbase is simply using KYC compliance to disguise the fact that it wants to have access to traders’ business contacts.  Coinbase, according to this view, is simply willing to expand its client base to those who are more likely to be interested in the cryptocurrency and its trading.

For those looking to avoid giving out such information to Coinbase, exchanges including LocalBitcoins, Mycelium Trader, and Paxful offer increased leniency with regards to identification, and some even offer the ability to buy BTC in cash, which, by its nature, allows for a great degree of anonymity.