Crypto Scams: The Effect on Consumers and Legitimate Businesses

Fraud is a sad but undeniable part of the crypto world. But how do you fight it, identify it and stay attuned to the latest scams?

Although the crypto industry has long been touted as the solution to some of the longest-running issues in the global economy, there’s one problem it has been unable to shake off so far: fraud.

Scams have been in operation for centuries — from counterfeited versions of luxury products, to Ponzi schemes that have collapsed, leaving hard-working consumers out of pocket to the tune of billions of dollars. Unfortunately, the growth in awareness and demand for digital assets has seen sophisticated fraudsters turn their attention to duping those who may be inexperienced when shopping around for crypto.

Why are there so many crypto scams?

It’s an undeniable truth that the crypto world has become a hotbed for scams because of how con men have been allured by the prospect of anonymity once their crimes are complete. Inadequate security can turn platforms into sitting ducks for an audacious security breach that puts consumer funds at risk. Fraudsters have even been known to set up their own platforms — often promising extravagant returns — only to run away with the capital that has been invested. Some of these exchanges also offer rates that are simply too good to be true, and once a naïve crypto enthusiast has deposited their funds, it can be near impossible to withdraw it again.

Staying ahead of the game

To illustrate the scale of the problem, just look at this research reported on by Cointelegraph earlier this year. A CipherTrace study revealed that, from January to August 2019 alone, losses at the hands of cybercriminals had topped a whopping $4.3 billion — a mix of outright thefts, scams and funds being misappropriated.

Much of this was attributable to PlusToken, which Chinese officials allege is a pyramid scheme. It is believed that more than 100,000 users were affected, and the amount of money held by the sham company is in excess of $2.9 billion. It’s an insane sum that puts the ruse among some of the biggest scams of all time, let alone the crypto industry.

The PlusToken saga was an “exit scam” — a trend that appears to have been on the rise in recent years. This is when a business practically vanishes overnight, even though it appeared to be genuine at first. In a recent article for Cointelegraph, experts recommended trying to get as much primary information about a project as possible before signing on the dotted line — looking at their media engagement levels with reputable publications, verifying the partnerships they announce, and keeping an eye on the activity in the company’s blockchain wallets. Alarm bells to be aware of include an amateurish white paper that’s full of typographical errors and shoddy research, as well as unrealistic profit expectations, scant details about team members and a social media presence that’s been inflated by artificial likes.

The case of Blockchain Cuties Universe

Unfortunately, legitimate companies can end up getting caught in the crossfire of crypto scams — having a detrimental effect on their business and the customers they serve. Fraudsters notice a firm that is thriving and trusted by the community and attempt to ride off its coat tails.

Blockchain Cuties Universe, a crypto collectible game company, says it has fallen victim to such an incident. It alleges that a Russian high-yield investment program has been infringing on its copyright — using its graphical assets to scam gamers for fiat money. Adverts led to a near-identical version of the Blockchain Cuties Universe website, leading users to believe that the scammers were affiliated with the company — or worse, its official online presence.

A Cuties player managed to interact with the alleged scammers, known as Zooks Family, to find out what was going on. They inaccurately claimed that investing $200 in a digital pet could realize returns of 3.7% a day for 50 days — 185% over the course of the period. Given the fact that the purported fraud used imagery from a reputable website, it is possible that some people were duped into parting with their hard-earned cash, only to realize later on that they’d made a mistake. 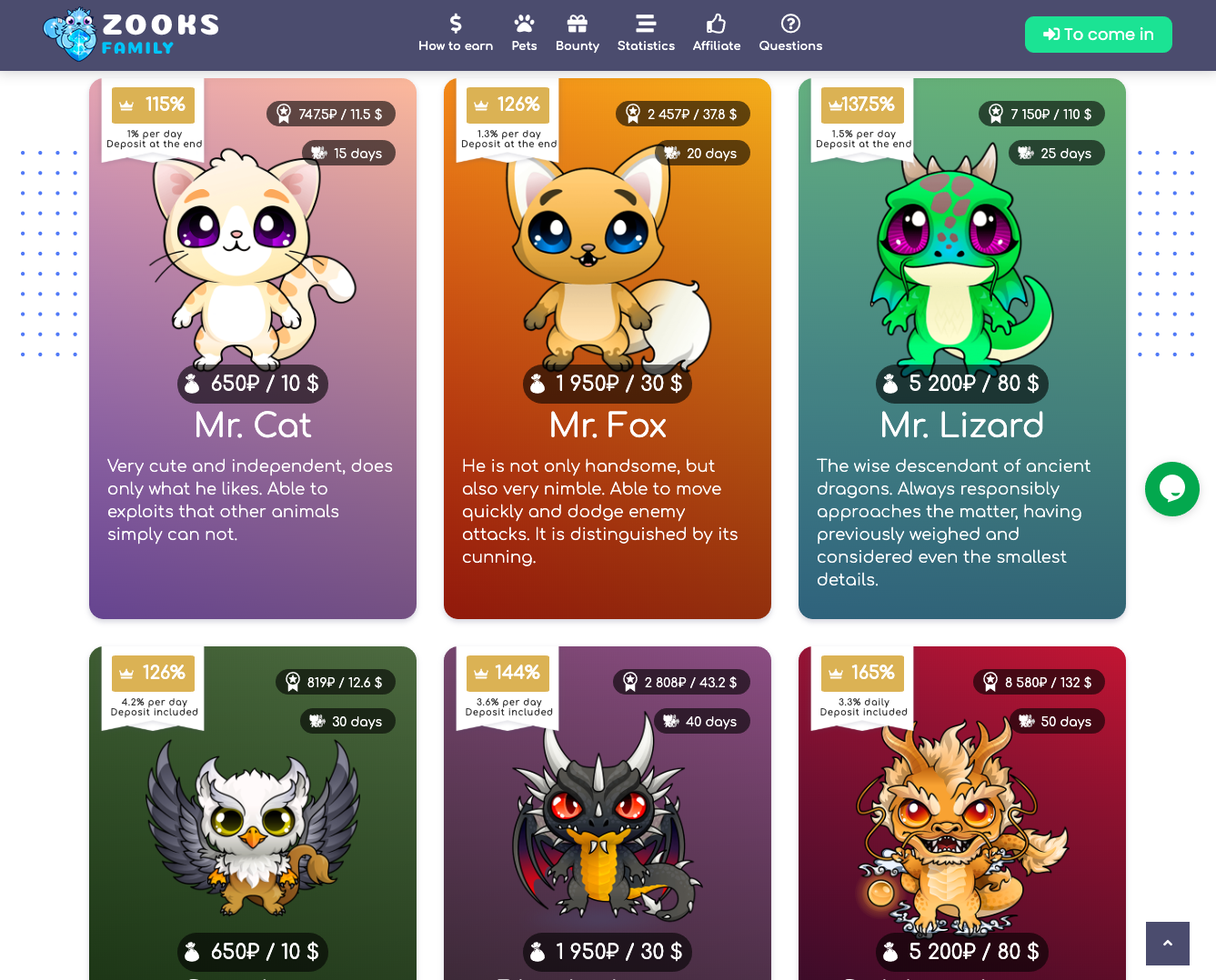 The company says that, as a whole, the crypto community has been trying to clamp down on malicious activity that causes significant reputational damage to the entire industry. Although Blockchain Cuties Universe believes the crypto world has a chance to become a place free of scams, it says vigilance from firms and users alike is essential.

Vladimir Tomko, the CEO of Blockchain Cuties Universe, said: “We will do our best to protect our reputation and gaming community in general. Right now we are actively preparing all the necessary papers to take legal action. What I would like to highlight is that common sense and asking a lot of precise questions will always help you to spot a scammer. Make sure you know who you are dealing with. Stay decentralized, stay secure. With the help of our powerful community, I believe, we will emerge victorious.”