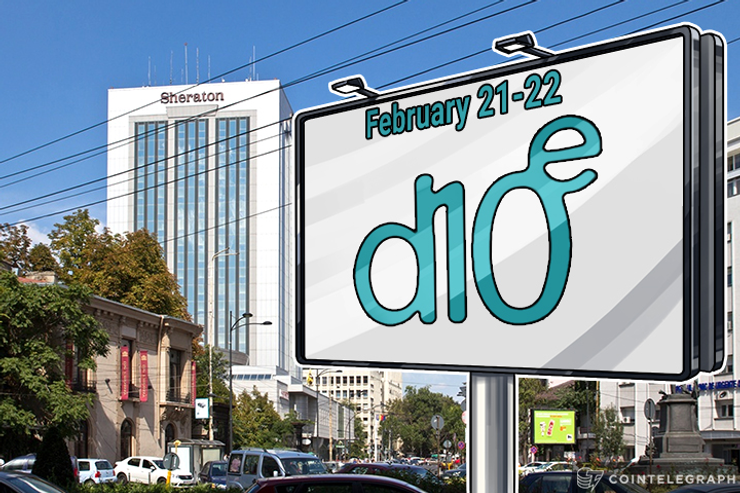 Within the last few years, we have witnessed a true fintech boom, with Blockchain technologies disrupting many industries and literally driving them to explode with innovative solutions.

This month the leading conference on Decentralization is coming to Bucharest to set everyone on the path of exclusive and intimate exploration of the hottest developments in decentralization, fintech, disruptive tech, startups and culture, sharing economy and the future of work.

The d10e team has been extremely busy setting up the event to provide the best experience possible for attendees and speakers, Cointelegraph caught up with with Matt McKibbin, Chief Decentralization Officer at d10e, and Mike Costache, Co-Chair at d10e for the latest updates on what one can expect from the event.

Costache was invited by d10e’s founder Brock Pierce to attend last year’s event in Amsterdam (4th edition) and was so impressed with the 120 speakers and participants he met that he decided to buy 50% of the company and organize the next editions in Bucharest where he was born and in Tel Aviv or Jerusalem where he spent 3 years during his childhood:

“Spending two of days with of the world’s leading Blockchain experts will make you feel how your intelligence just went up a few notches."

Costache has joined the d10e team following last year’s event in Amsterdam, where he was invited by d10e’s founder Brock Pierce, which left him deeply impressed:

“To spend a few days with hundreds of the world’s leading tech experts is something everyone should really strive for. The least one can expect is to feel their intelligence grow in hours.”

This year’s conference is the sixth for d10e, it’s obvious that the focus of the event has been changing over the years.

“The event has definitely evolved over the six editions put on around the world. The first three were mainly focused on Bitcoin and its associated companies as that was most of the industry around Blockchains and decentralization. Since then, we decided to include other areas such as the sharing economy, the gig economy and disruptive culture, which we felt were having a huge impact on the world and not being given enough of the spotlight.”

McKibbin says that the The two-day conference, which runs from Feb. 21-22, features a lineup of 30 presenters, who come from a wide range of different fields and aspects of decentralization. For example, John McAfee will be discussing cyber security and decentralization. Gary Whitehill will be delivering his keynote on transparency and Blockchains in the 21st century.

Evening keynote speaker David Orban, Managing Partner of Network Society Ventures, who also keynoted the Amsterdam edition will be summing up why decentralized networks and societies are paramount moving forward in the 21st century. Ned Scott the CEO of Steemit, the decentralized content sharing platform, Richard Kastelein, CMO at Humaniq, Crystal Rose, Co-Founder and COO at Sensay, Bruce Pon, Co-Founder at BigChainDB, Koen Delvaux, Head of Innovation at Proximus have been spotted on the list of speakers.

The potential of decentralizing technologies to disrupt industries is getting more apparent. We are indeed seeing an explosion of all types of projects and creative energy coming from entrepreneurs building on top of Blockchain and distributed systems around the globe. Many of these projects are now able to raise capital through the Initial Coin Offering (ICO) method and other crowdfunding methods.

This amplifies the number of entrepreneurs who get a chance at funding their businesses and developing them further. This in effect is going around and potentially disrupting the VC model. “These types of technologies seem to be growing exponentially and we expect this trend to continue,” says McKibbin.

He anticipates that one of the major discussions during the event would touch the importance of transparency in reshaping the public and government systems. And here the choice of the country to host the decentralization conference is not an accidental one.

“Bucharest is currently having the biggest protests in a decade because the government was decriminalizing corruption. With systems built on Blockchains, corruption is much easier to see and the information cannot be tampered with. Corrupt officials must be transparent as they cannot go back and erase.”

Mike Costache, who Co-Chairs d10e, grew up in Romania and did extensive business there from 2006-2013. Besides, Bucharest has never had an event dedicated solely to decentralization as a concept.

Mike Costache, who Co-Chairs d10e, spent the first 11 years of his life in Romania prior to migrating to Israel in 1988 and to the US in 1992. He returned to Romania in 2005 at the age of 27 and did extensive business there from 2006-2013. Besides, Bucharest has never had an event dedicated solely to decentralization as a concept.

It is expected to create large waves of passionate followers who will help grow the decentralized movement. Costache notes that approximately six percent of the country’s GDP comes from tourism and he has always been interested in bringing more tourists to Romania. This actually explains the cultural program as a part of the conference agenda. Organizers promised an unforgettable mix of business, history and fun a few touristic trips.

The motivation behind bringing this year’s event is also laying in an attempt to bring that disruptive and entrepreneurial spirit to areas of the world where the culture isn't as strong as it is in the United States.

When thinking about places with the most favorable climate for tech and startups, Romania perhaps may not come to one’s mind immediately. Country’s four decades of communism characterized by food shortages, secret police and complete centralization remain a painful chapter in the minds of most citizens.

Yet, as Costache notes, some of the legacies from this period, have helped the country to breed a new generation of tech entrepreneurs who are hoping to put it on the startup map. At he moment there are close to 1,000 tech startups, which are on their way to adopting decentralization in many areas of life and business.

Decentralization is not just a buzzword, it is an idea capable of driving the cultural shift toward the next leap in human civilization. What can be decentralized will be decentralized.

"If somebody sees decentralization as a threat, I can only say: I do not care. It is up to all of us to drive this process further," says Costache.

For more information about the event visit d10e website.