The company claims their surveillance technology will be able to understand a situation that is unfolding, by combining face and object detection. 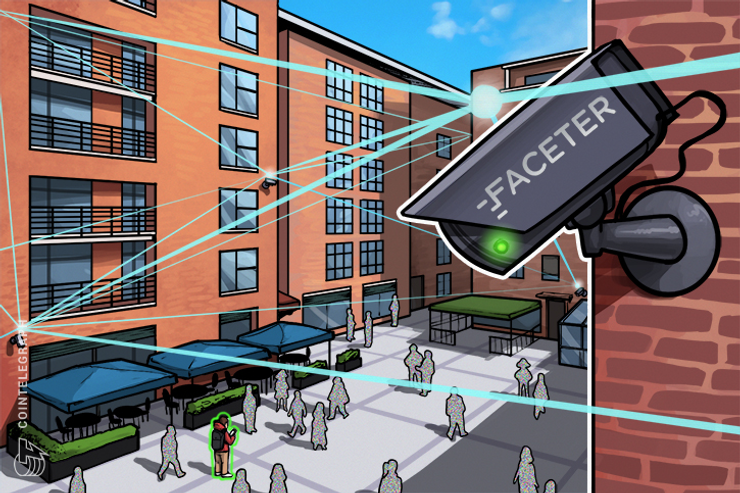 A new platform aims to make surveillance cameras ‘smart’, using enhanced facial recognition, object detection and real-time video analysis. In the US alone, the video surveillance market is projected to be valued at $75.64 bln by 2022. In reality, these cameras cannot prevent crime from taking place in real-time, and this could be about to change, states Faceter, the company behind the platform.

Faceter states that they are the ‘first decentralized surveillance system for consumers’. Their aim is to create a smart surveillance system, using their established computer vision technology, that is actually affordable and available for mainstream use. It is powered by a fog network of miners on a Blockchain platform. By combining features such as facial recognition and object detection, Faceter claims that their surveillance technology will be able to understand a situation as it is unfolding, and as a result respond to it.

They call this concept their ‘event security model’. By detecting possible threats ahead of crimes being committed, much more efficient action can be taken. For example, a face can be ‘blacklisted’ on the network, in the instance of banned customers. If this face is detected on the video surveillance, the owners will be alerted via push notification to their phone. It also points out that the technology could be used in a positive way; for example, recognising satisfied customers.

Their whitepaper outlines how Faceter has developed their technology and business over the past few years. CEO and co-founder Robert Pothier was personally affected by a crime in which CCTV was ineffectual. Frustrated by the apparent useless nature of security features that do not work, he and his team decided to use artificial intelligence (AI) technology that they had already developed to help computers to recognise bank cards (Pay.Cards), to create intelligent video surveillance. CTO Vladimir Tchernitsky began his career in programming over thirty years ago and has vast experience of neural networks and machine learning, and helped oversee the success of Pay.Cards, which has now been downloaded over 25,000 times. Faceter says that tests have shown the app to be even more effective than industry giants such as Apple Pay.

Faceter is powered by its own crypto tokens. The ICO is currently live, with the presale already having attracted a huge amount of attention. According to the company, $10 mln dollars were raised in the opening 20 seconds, reflecting the incredible level of interest surrounding this project. Nearly 270 mln Faceter Tokens (FACE) have now been sold.

Faceter highlights the advantage of choosing to mine with FACE, claiming “The benefit from a mining perspective is that a contribution of miner's resources to Faceter is twice as profitable as the mining of Ether on the same Graphic Processing Units (Compared to estimated profit from mining Ether with two NVIDIA Tesla M60 graphics cards (2x16Mh/s).”

In terms of future plans, Faceter announced that the first exchange listing for the company will effective from April 9, 2018. The company has hinted that there are ‘several more’ exchange announcements to come. The recent announcement of Faceter’s partnership with software solutions company Ambisafe has also gone some way to increase the overall security of the smart contract system.

The launch of a beta version of Faceter and a move into the mass market are planned later in 2018, as well as developing the system to recognise gender, age, race and emotions of humans on-screen.