Derivatives Exchange ‘Built From Ground Up’ to Tackle Industry Flaws

A crypto derivatives exchange specializing in futures contracts says it wants to become the world’s number one platform through fairness and transparency. 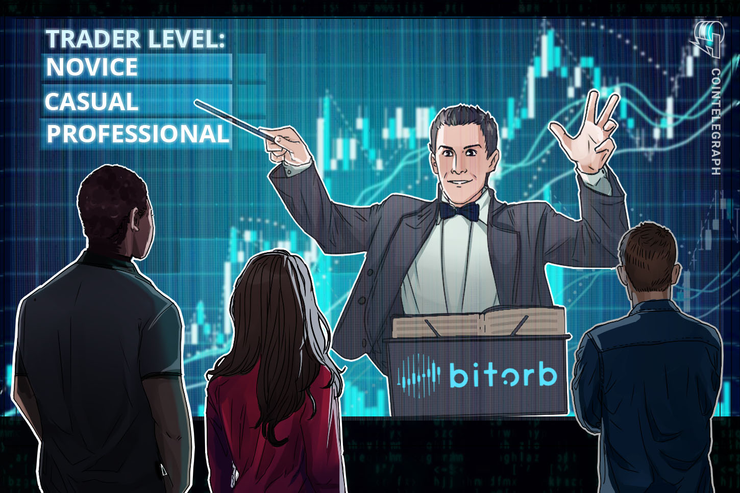 A company has set out its ambition of becoming the world’s number one exchange for cryptocurrency derivatives — placing an emphasis on fairness, transparency and ease of use for all levels of traders.

According to BitOrb, current platforms are too complicated for everyday crypto enthusiasts — with high fees, system performance issues and a lack of regulations occasionally resulting in market manipulation. Despite all of this, the crypto derivatives market is booming — with billions of dollars of trading volume registered every single day.

BitOrb plans to focus on futures contracts and says its platform will be integrated with a range of tools and mechanisms designed to clamp down on unscrupulous practices and to protect funds. To begin with, deposits, withdrawals and trades will be executed using Bitcoin (BTC) and Ether (ETH). Over time, the startup says its priority will be to seek exchange licenses to ensure that deposits can be made in a customer’s local fiat currencies.

Leveraged trading is a common occurrence in the futures markets — and BitOrb says its users will be able to use up to 100 times their capital in order to embark on larger positions.

BitOrb notes that its platform has been “built from the ground up” to deliver “one of the fastest throughputs in the crypto exchange market” (more than 10,000 transactions per second), matching speeds commonly known in the traditional forex market, as well as being fully scalable for future market requirements. This ensures BitOrb can handle the constant demand and frenetic pace that’s all too often seen in an online derivatives exchange. According to its white paper, this will be achieved through a “high-performance, low latency technology stack.”

BitOrb says that many exchanges fail to tailor their services around the requirements of their customers — and acknowledge that no two users have the same level of trading experiences. While beginners find complexity in trading in the current market, experts are often left frustrated due to the lack of advanced tools.

To this end, BitOrb emphasizes its plans to offer three modes on its crypto derivatives exchange — novice, casual and professional — to break down barriers and give users exactly what they want. While novice mode offers a single product and a simple interface, casual mode delivers an expanded offering and the ability to use automated trading tools. Last but not least, professional mode boasts a fully customizable interface and the full suite of BitOrb products.

BitOrb’s automated trading tool is known as the Orchestrator — technology that assists users to build automated trading strategies by setting rules based on a wide variety of trading indicators and trigger points. The team sets its goal to eliminate the difficulties that crypto enthusiasts currently have in automating trades — with conflicting time zones and the cost of developing algorithms resulting in substantial barriers to entry. The company’s offering is also complemented by the Orbyt token, which is native to the BitOrb exchange.

Between now and September, BitOrb says that its focus is on marketing, events, acquiring new talents and the on-going Orbyt security token offering. It’s hoped that the construction of the exchange will be completed between October and November. This would be followed by the deployment of the exchange in December and further expansion into 2020 and beyond.