Ethereum’s system-wide activation of the Istanbul hard fork has arrived two days early and caused a split of the Ropsten testnet. 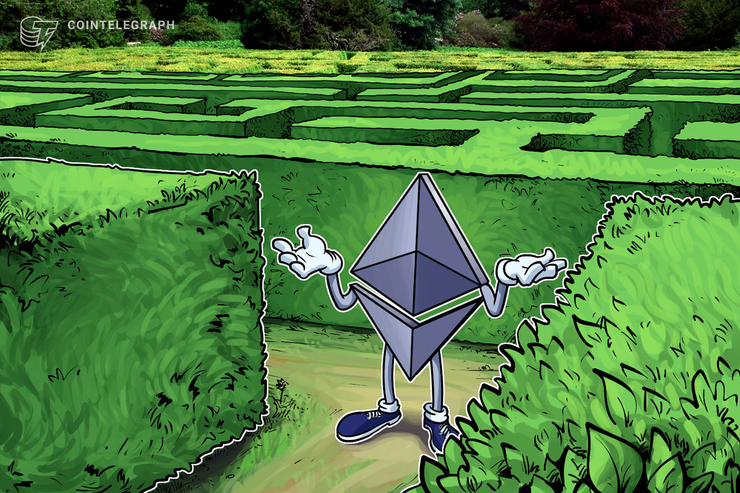 Ethereum’s system-wide activation of the Istanbul hard fork has arrived two days early and caused a split of the Ropsten testnet.

On Sept. 30, the community manager of the Ethereum Foundation, Hudson Jameson, explained on Twitter that there are miners still relying on the old Ropsten testnet, while others are already mining on the new one.

Cointelegraph previously reported that Jameson said that the testnet launch of the hard fork was scheduled to take place at the beginning of October. He added:

“For anyone listening in who doesn’t know how this works, we pick a block number that we estimate to be around the 2nd of October. [...] However, that might be one or two days behind or forward from that date based on how fast blocks are produced between now and then.”

However, blockchains are complex systems and their updates are difficult to predict precisely. Istanbul arrived two days earlier than expected, which was due to unusually fast block confirmation times, according to Jameson.

Most of the miners on the Ropsten testnet network were unaware that Istanbul had arrived, which resulted in a split of the testnet between those mining on the newly upgraded chain and those continuing to mine on the old chain.

Team lead at the Ethereum Foundation Péter Szilágyi wrote on Twitter that “the Ropsten Ethereum testnet Istanbul forking is a bit unstable due to a huge miner pushing the non-forked chain.”

Jameson further pointed out that this is what testnets are for and that the Ropsten testnet will be unstable until “this all plays out.” It is unclear if this “hiccup” will have any effect on the Istanbul hard fork activation.

“Scalability is a big bottleneck because the Ethereum blockchain is almost full. If you’re a bigger organization, the calculus is that if we join, it will not only be more full but we will be competing with everyone for transaction space. It’s already expensive and it will be even five times more expensive because of us.”