Ethereum has been going skyhigh in more ways than one.

According to blockchain data platform Blockchair, the average transaction fees paid by Ethereum users have reached a new record average of over $7.50. 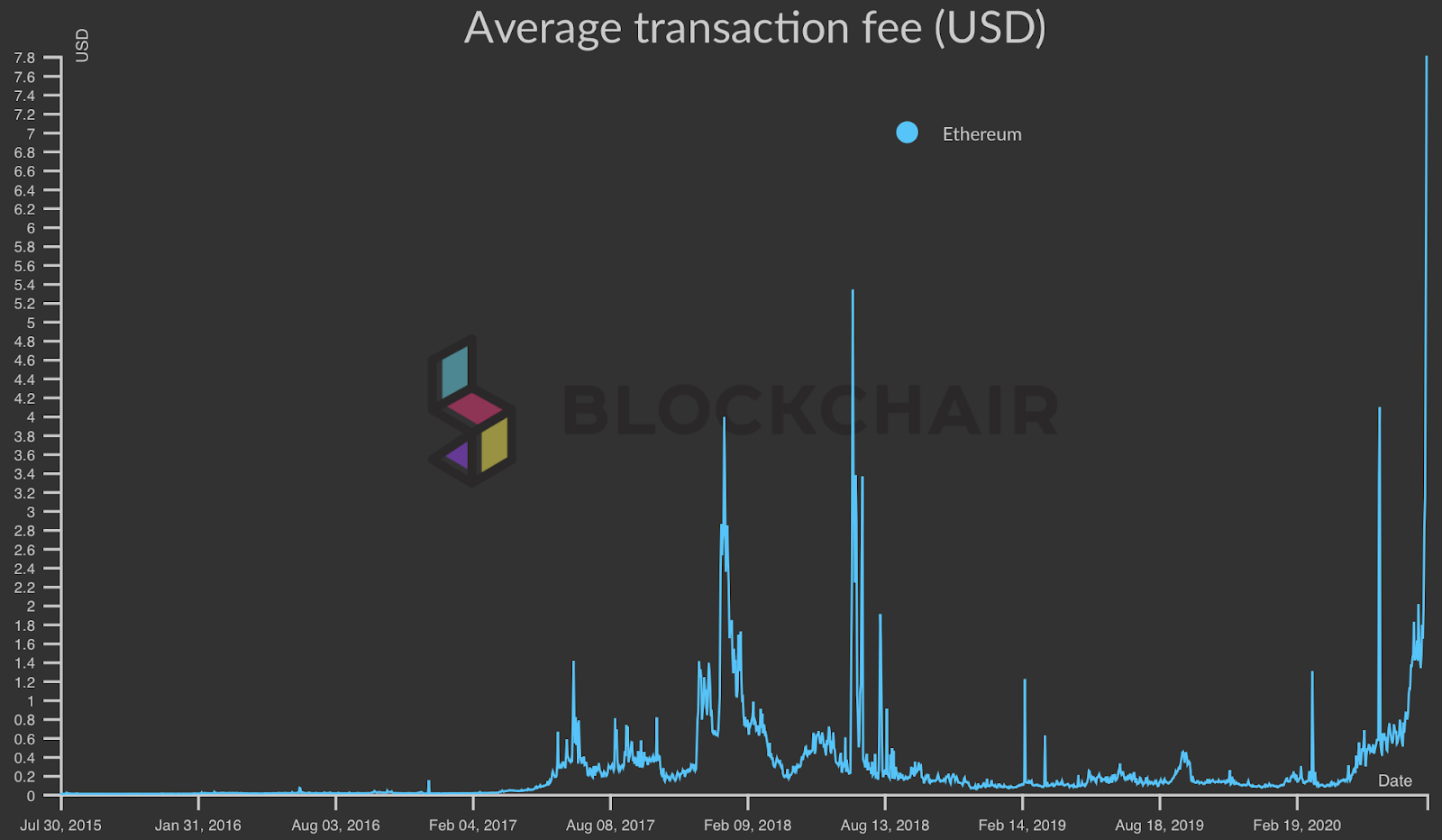 During a similarly congested period from June - July 2020, Ethereum co-founder Vitalik Buterin called for reform to the cryptocurrency’s fee system, suggesting fees this high could undermine the security of the network.

According to Buterin, miners’ increasing reliance on transaction fees may incentivize selfish mining practices. This, in turn, could disrupt how transactions are processed.

As a potential solution, Buterin suggests Ethereum improvement proposal 1599. This proposal would result in the blockchain burning base transaction fees to reduce the miner’s reliance on them as a source of income.

Additionally, Coinbase researcher Max Bronstein said at the time that the high fees were caused by increased interaction with stablecoins on the Ethereum network.