According to recent studies, the world's biological food market is worth $54.9 bln and the sector is continually growing. This comes as more and more people in the world seek to improve their daily nutrition by choosing food whose origin and production is guaranteed.

There is a worldwide growing interest in food origin. According to a recent European study into consumers’ attitudes to food labeling, 74 percent claim to be affected by traceability information and 60 percent by who controls the product labels.

Also, the greatest part of consumers said they would like to know more about the food they eat daily and they would be willing to pay higher prices if there was a guarantee of quality and origin.

Before the creation of the Blockchain, food chain supply was opaque, complex, non-verifiable and with a hard-testing sustainability.

Cointelegraph recently wrote about Wine Blockchain EY, a new project to record Italian wines on the Blockchain in order to guarantee their quality and geographical origin.

Soon after the publication, we have received another press release about a similar project.

It is called Food BlockchainXYZ, a new tool that aims at providing “a reliable and comprehensive overview of all aspects of quality, safety and tracing of food from farm to fork, and to seamlessly manage commercial relationships between different actors of the supply chain.”

To do so, Food Blockchain XYZ decided to use the so-called Food Supply Chain 2.0, which combines sensor systems, Blockchain and smart contracts.

They also developed a specific token, Foodcoin, that allows worldwide transactions with no fees and that is not subjected to exchange rate fluctuations. It is cryptographically secure and compatible with the Ethereum Blockchain and “it permits new risk-free, flexible and creative commercial relations based on smart contracts,” according to their official press release.

From an economic point of view, Food Blockchain XYZcan be useful both for consumers and producers because the first can benefit from a higher transparency and better knowledge about food, and the second can increase their prices for their verifiably better quality products.

For example, Food Blockchain XYZcan allow a company producing yogurt to create a risk-free agreement with suppliers of milk. This company would have high requirements for the quality of milk, so it might require that the composition of milk is at appropriate levels. It sources milk from two farmers; the first one provides a too low percentage of lactose in milk, while the second passes all the requirements and the company decides to order the milk from the second farmer. 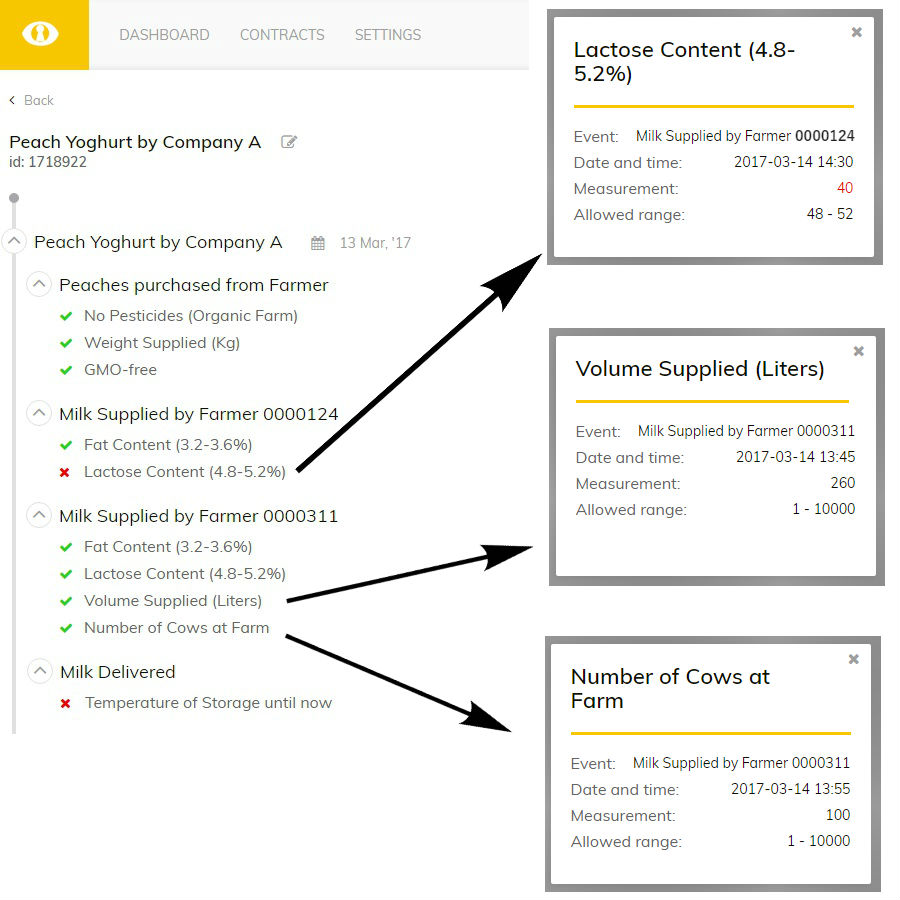 Right now, Food Blockchain is doing private tests but you can request to see their demo here.