Ethereum Mining Made Possible on Any PCs

Minergate, one of the largest multi-currency mining pools, has recently added the Ethereum mining feature to its mining client. 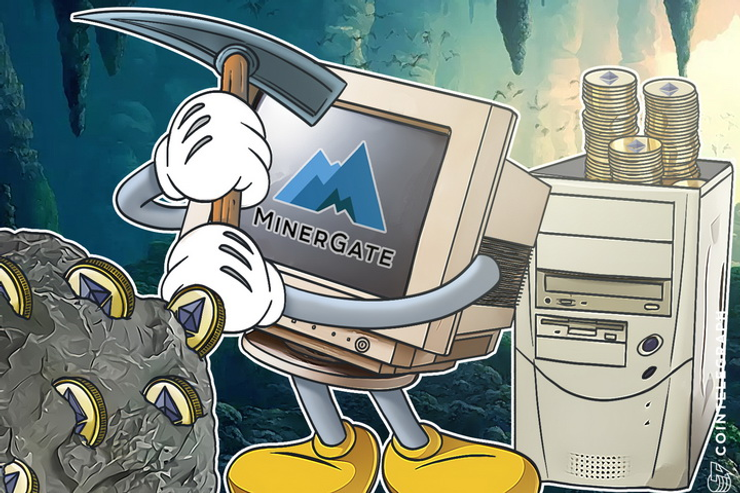 Minergate, one of the largest multi-currency mining pools, has recently added the Ethereum mining feature to its mining client.

The main idea behind Minergate is the ease of use and approachability for amateur miners, without any associated drawbacks for professionals. Variable difficulty, a defining feature of the pool, adapts the difficulty to the power of a user’s CPU/GPU, which allows for efficient mining even on some weaker equipment.

Minergate was launched in 2014 by a team of cryptocurrency enthusiasts. It consists of more than 100,000 active users mining a number of cryptocurrencies - Monero, Bytecoin, Bitcoin, and now Ethereum.

The ins and outs of Ethereum mining

Solo miners and pools alike have been mining Ethereum since the generation of its Genesis block on 30 July 2015. The ever-growing popularity of the coin has reached an unprecedented height, when it hit $1B market capitalization in March 2016.

It is no wonder that there are many people out there who would like to join in on the profits from the nascent industry: the total hashrate of Ethereum network is estimated to be 2.4TH/s and growing, with most of that amount spread across several major pools.

As it was with Bitcoin, the popularity of the cryptocurrency is creating nigh-impregnable barriers to entry for independent non-professional miners.

Even now, the GeForce GTX 960, one of the most popular GPUs, would have to mine Ethereum for about 5 months before it just breaks even, and the difficulty is only expected to increase.

What that means is that the focus will gradually shift towards mining pools, which allow their members to join resources and thus increase the predictability of the gains, as opposed to relying on luck while mining solo.

It is for that reason that the pool’s GUI miner has been one of the most simple to use in the industry, with a single-click mining feature.

The pool’s developers kept the same idea of accessibility in mind during the implementation of Ethereum mining.

According to Lecomte, Minergate has a 1-click GUI miner that eliminates the barriers for entering the mining world. Minergate software doesn’t require configuring the system or studying tutorials. The user downloads the app and clicks “start mining”.

This is important as many users don’t know how to deal with console miners, but still potentially have significant mining power. In the case of Ethereum, they are often gamers that usually have powerful graphic cards.

Lecomte considers Ethereum “one of the most advanced technologies nowadays.” He considers the secret to its success to be the fact that it isn’t positioned as “modern cryptocurrency” with some “killer features”. It is a blockchain platform that allows for creating value added applications on top of it.

“While Bitcoin popularity is limited to the Nakamoto’s genial idea of decentralized digital money, Ethereum is open to any other ideas that can be coded, which means there are no limits at all. Having such opportunities, Ethereum can constantly become more popular, and Ethers, being the basic network token, can grow in price infinitely.”

Although Minergate’s Ethereum mining feature is targeted to amateur miners, professional miners can successfully connect and efficiently mine on the pool, using console miners, like ethminer, the official Ethereum mining client.

Now that Minergate has added Ethereum to their 1-click GUI miner, it is possible to start mining in a couple of seconds and make profits mining on ordinary computers.

When it comes to mining pools, a question is often raised about their intrinsic discrepancy with the core philosophy of any cryptocurrency: decentralization. By joining hashrates in massive amounts, pools centralize power, and thus endanger the security of the entire network.

Lecomte believes market laws will help to mitigate this threat by providing a better market supply for the growing demand.

“The fighting against the centralization is at heart of any decentralized technology, so the concern regarding the network power centralization by major pools is understandable. Still, as the coin becomes more popular, other alternative mining services show up, introducing new features and dividing the market into custom segments.”

Lecomte notes that the market is changing rapidly, introducing cryptocurrencies with various underlying algorithms. The protocols can sometimes be improved even in existing coins, which usually affects mining. Still, MinerGate’s job will be focused on driving adoption for the promising technologies by creating the most comprehensive mining services on the market.