Ethereum Price “Dashes” Past $100 As Altcoins Stage Another Comeback

Ethereum has cracked $100 for the first time in its history amid the latest surge in altcoin prices. 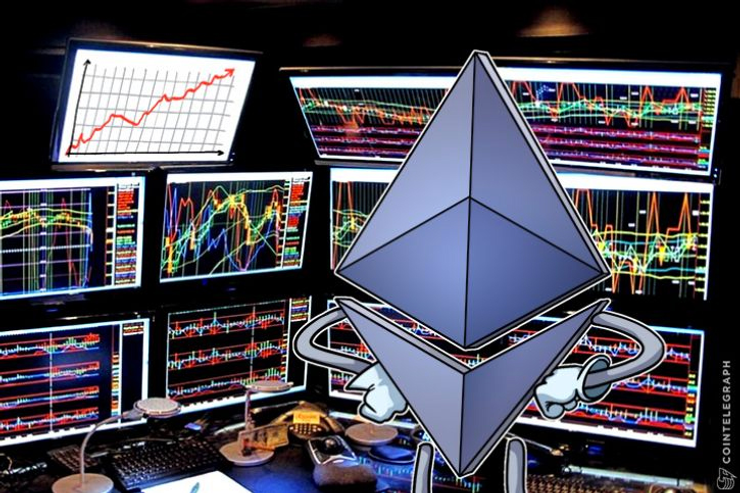 Ethereum has fulfilled investors’ wildest speculations to surpass $100 per token as altcoins stage yet another rally.

An initial hover around $80 for ETH earlier this week gained further momentum to see the asset cross the $100 mark for the first time in its history.

Altcoins across the top ten and beyond reversed losses triggered by Bitcoin’s price rally, with both Ripple and NEM climbing around 37 percent in the 24 hours to press time on Friday.

ETH has managed to overcome community misgivings stemming from March’s initial uptick to between $30 and $40. At the time, speculation was rife that foul play was artificially inflating prices and that the asset would soon collapse.

Like Dash before it, however, it appears ETH is considerably more resilient than many thought.

In theory. Miners may be hoarding, or may sell at pre-agreed (lower) priced. Still interesting metric. https://t.co/RLs0VtwtYp

Further surprise climbers meanwhile include Stellar network’s Lumens, which in June is due to complete its distribution phase and is up 65 percent from Thursday.

Dogecoin also gained 20 percent over the same period in what appears to be a reactionary move to overall market gains.