Hot on the heels of Canada’s national Bitcoin law comes a European report setting out the way to Bitcoin regulation. 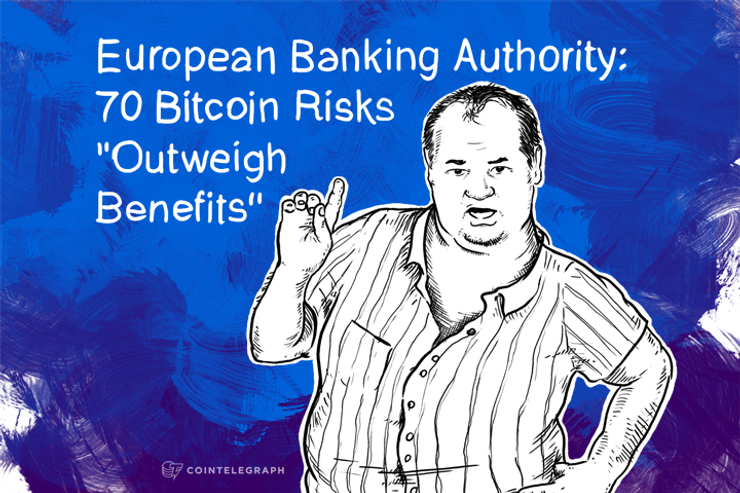 Hot on the heels of Canada’s national Bitcoin law comes a European report setting out the way to Bitcoin regulation while actively discouraging the use of virtual currencies by financial institutions.

The European Banking Authority (EBA) today published a report “addressed to the EU Council, European Commission and European Parliament setting out the requirements that would be needed to regulate ‘virtual currencies.’”

Admonitory moves such as this by financial regulators may come as no surprise, but the EBA goes further than could have been expected. “The Opinion is also addressed to national supervisory authorities and advises to discourage financial institutions from buying, holding or selling virtual currencies while no regulatory regime is in place,” the premise of the report states.

The reason for this “discouragement” centers on the now familiar-sounding concept of “risk.” The EBA’s findings conclude that “while there are some potential benefits from virtual currencies, such as faster and cheaper transactions, as well as financial inclusion… risks outweigh the benefits, which in the European Union remain less pronounced.”

The Authority details in the report a total of 70 such ‘risks’ which include “risks for users, market participants, risks related to financial integrity, such as money laundering and other financial crimes, and risks for existing payments in conventional (so-called fiat) currencies.”

While its content essentially takes the form of recommendations, the EBA’s message is more than clear, written in bold as a central conclusion to be remembered:

The extent to which confidence will be dented in Europe and elsewhere in light of the angle of the report will shortly be seen, but for some, the warnings will sound like little more than tiresome reiteration.

“A regulatory approach to address these risks would require a substantial body of regulation,” it is highlighted in the report, something which the Bitcoin community has often cited as a physical impossibility in the realm of decentralized currencies.

Cointelegraph will update this article with reactions to the publication of the EBA report as they appear. In the meantime, the report may be accessed here.