A new Ethereum Blockchain based platform seeks to create an open, global community and marketplace for crowdfunding.

How decentralized crowdfunding could break down borders 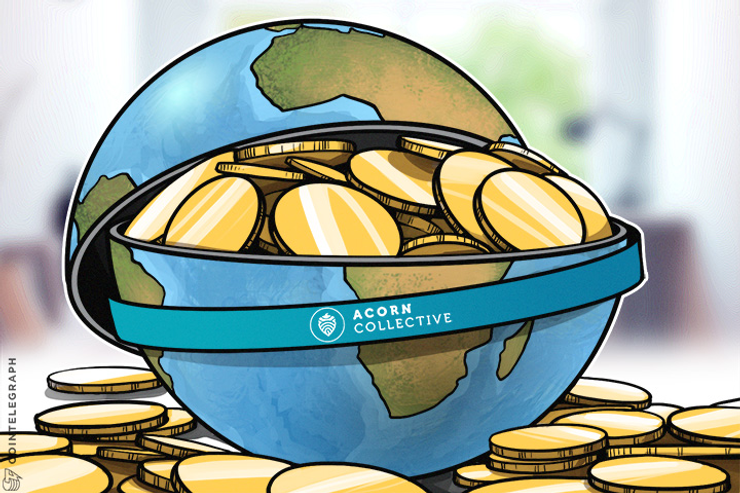 A new Ethereum Blockchain based platform called Acorn seeks to create an open, global community and marketplace for crowdfunding- opening it up to new participants such as those living in developing countries.

By incorporating P2P smart contract based governance, Acorn plans to supersede the current roster of crowdfunding platforms, and offer a service which will overcome geographic, political and economic borders. It also intends to mitigate any issues that may otherwise arise from cross-national jurisdiction and litigation.

According to the project’s team, use of the decentralized Blockchain for transaction verification/storage and a proprietary token currency (Acorn, ‘OAK’) means that “Acorn can bypass local taxation that would otherwise apply.”

“By funding through an ICO, and utilizing the Ethereum Blockchain, the Acorn Collective will eradicate the traditional three to five percent transaction fees and five percent platforms fees normally associated with other crowdfunding platforms, such as Kickstarter and Indiegogo,” the Acorn white paper states.

Acorn Hub thus incorporates all aspects of the platform’s crowdfunding infrastructure. However, the coin economy promises to deliver a handful of significant and related essential services. The Acorn marketplace for post funding product sales, without fees is one of them. Other services include marketing support and POS payments app allowing OAK transactions via smartphone.

When crowdfunding doesn’t fund the crowd

The crowdfunding phenomenon has had a huge impact on consumer-based industries in the past decade with its first generation of platforms pioneered by organizations such as Kickstarter and Indiegogo.

Starting as a purely community-oriented platform which reduced the barriers to entry (to concepts such as financial investment sourcing for the creation of original projects); the success of crowdfunding is such that it has even attracted the interest of multinational corporations.

Rather than directly relying on the “crowdsourced” income, these companies often use crowdfunding as a means of assessing public interest and potential sales of new products,  as well as a pitching tool towards the acquisition of traditional forms of investment, such as venture capital.

The growing popularity of this platform and the power with which the existing (centralized) market leaders hold has correlated with high fees, which are applied on top of any local taxes that may apply to you. Currently, individuals and SMEs are competing for funding with Industry veterans, which makes the extortionate fees a disproportionate barrier to entry for candidates with less funding and partnership to begin with.

These platforms have been hailed for the significant role they have played in lowering the barrier to entry for talented entrepreneurs seeking business funding to who may otherwise lack finance or partnerships.

Despite this, there are still many more barriers that exist, not only to existing users due to the basic fees and tax structure, but the millions who live in states and cities which the current market leaders cater to. The Acorn project could break down the borders in the crowdfunding sector.

Acorn’s ICO pre-sale has been officially announced for launch on Monday Jan. 29 and will have been running through to Friday Feb. 19.

The Public ICO will be a true test of public interest, and an example of crowdfunding the concept of crowdfunding itself; rather than other traditional forms of investment.