Version 1.0 of the platform was launched to change the process of collecting reviews from customers, by means of blockchain technology.

A new service is fighting fake ICO reviews. Using blockchain technology — they cannot be deleted or changed, and the AI system is able to analyze the language of the reviews 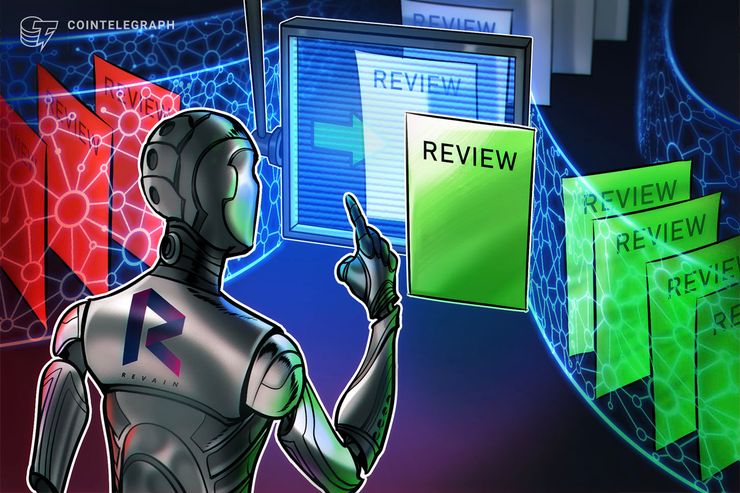 On October 24, Revain, a service for collecting customer reviews, released a full-scale working 1.0 version of its Ethereum-based platform. As the project team reported to Cointelegraph, the 1.0 version is completely blockchain-based, containing a veriﬁcation system and artificial intelligence (AI), among many of its other new features. “Users can see all of the reviews written in the blockchain on a special page,” reads the official press release.

The Revain platform was launched in order to change the process of collecting reviews from customers, by means of blockchain technology. The service is aimed to help new projects and startups obtain feedback from users. Specifically, the platform was designed for companies that have concluded their crowdfunding or ICO campaign.

The basic element of the Revain platform is its Dashboard, which allows startup teams to communicate with users and reward them for high-quality reviews. “We have been actively working on creating the Dashboard. There have been ten releases: versions 0.1 to 1.0 with a number of new features added,” the Revain team reported to Cointelegraph.

According to Revain’s previous press release, the Dashboard may be helpful for companies in various ways. Firstly, replying to specific reviews is a great tool for managing negative reviews and encouraging positive ones. Secondly, as the Revain team assures its users, a large number of quality reviews about a company will make it stand out among others in a very positive way.

Revain is using AI to monitor the quality of reviews, with no third parties involved. The AI moderation system will be able to consider the tone of the reviews, as well as filter them based on certain parameters — such as emotion, language style, and social tendencies. “Revain AI ﬁlters out low-quality reviews and makes quality ones eligible for rewards,” reads the company’s press release.

Users are supposed to benefit from writing reviews on the Revain platform. In order to motivate authors to write reviews, companies can reward users with internal tokens called RVNs.

Revain has recently introduced its first premium service for blockchain projects and crypto exchanges which were designed to help them improve their reputation and perception among the crypto community. A premium subscription was the main part of the latest v0.9 release of the Dashboard. Besides the premium subscription, Revain completely redesigned the complimentary email and added the ability to share a specific review.

Due to blockchain technology — and Ethereum platform especially — all of the reviews cannot be deleted or changed, says the company’s website. So far, the platform covers a few kinds of reviews: ICOs and crypto exchanges. In addition to these, the company plans to add other sectors at a later.