How the Video Card Industry Learned to Love Crypto Mining

A brief history of the video card industry’s disruption by mining.

With profits soaring for some of the world’s biggest GPU manufacturers, it’s clear to see that crypto mining has had a powerful, and perhaps even a lasting effect on the video card production industry. This sudden and sharp increase can be explained by the growth of cryptocurrency in the last two years, as crypto miners snapped up these GPU chips for use in their mining rigs. It’s almost impossible to believe, but only months ago video card producers were still brushing off miners. Now they embrace this new generation of customers.

How miners jump-started the industry

A price chart comparing Bitcoin’s price jump with that of NVidia, a leading graphics card maker, shows a direct correlation between the two. NVIDIA Corporation’s share price also increased by more than 80 percent during 2017. What’s remarkable is that it stayed relatively flat for more than a decade before that. 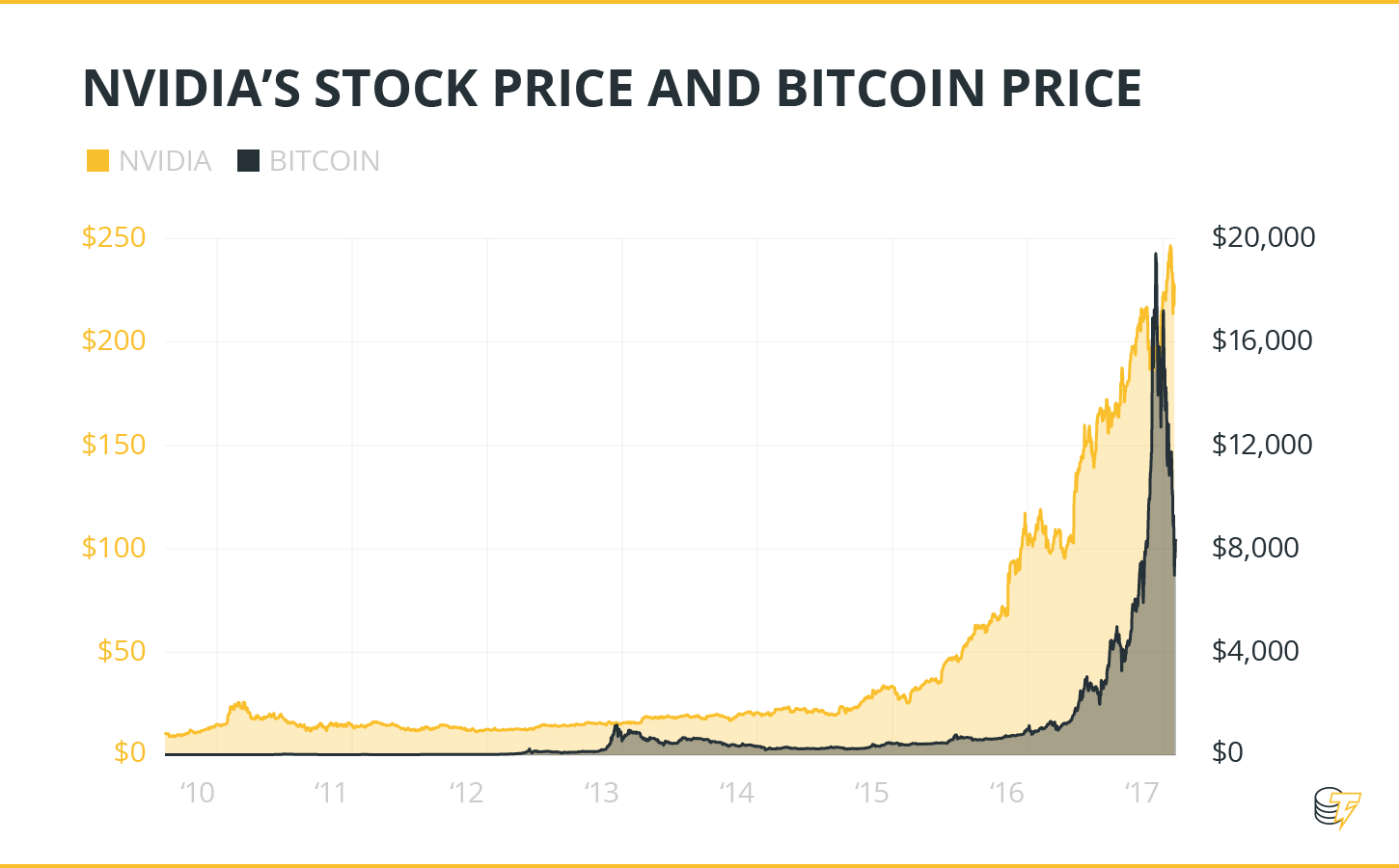 It’s a similar story for Advanced Micro Devices (AMD), which saw a year-on-year revenue increase during 2017 of 25 percent, substantially higher than any of the previous seven years, with only 2010 coming close at 20 percent. The company’s share price actually took quite a significant drop towards the end of 2015, with a sudden upward rally starting in 2016 and then continuing throughout 2017 and into 2018, with minor market corrections along the way. Again, this is almost identical to the pattern we saw in the cryptocurrency market. 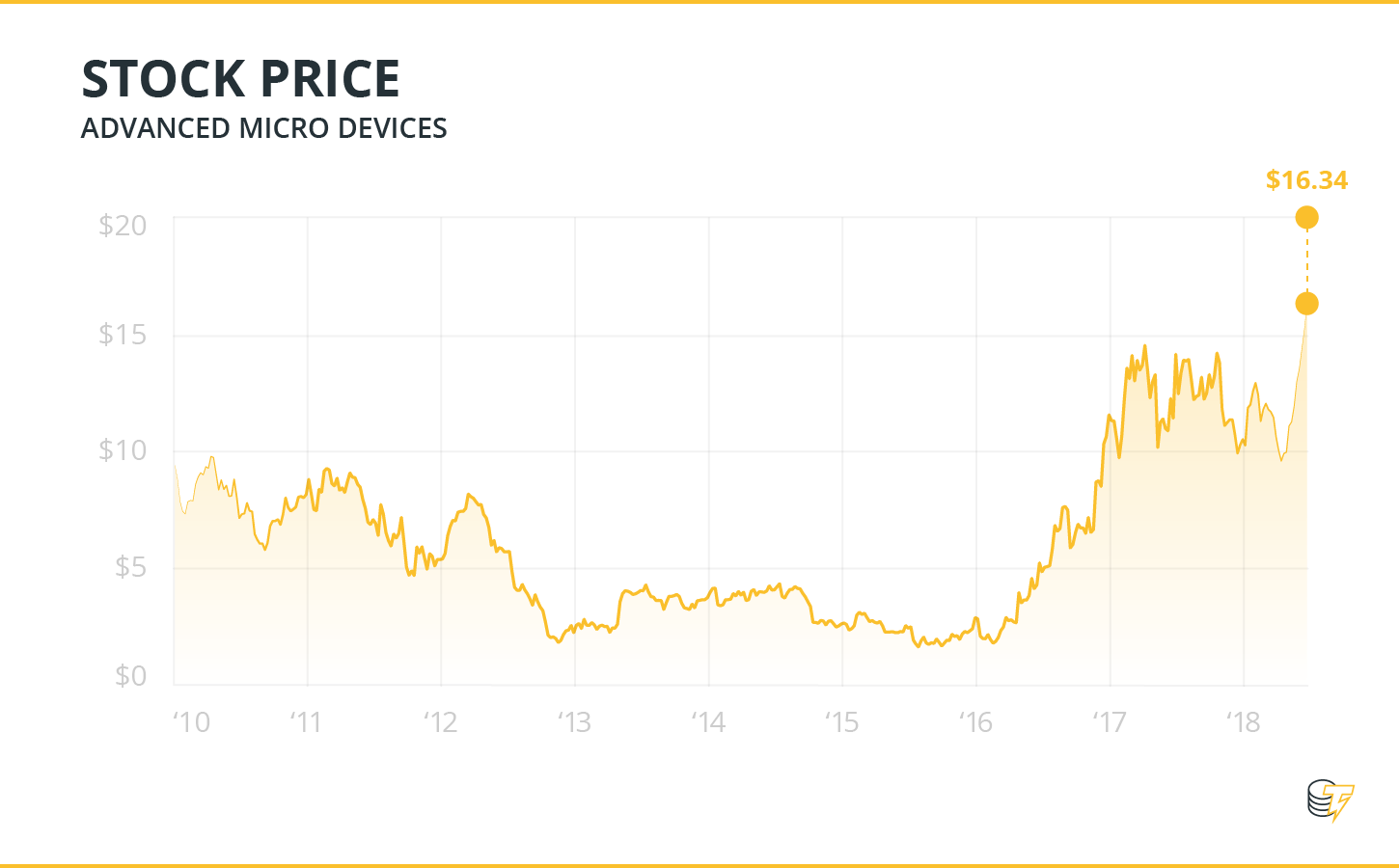 GPU manufacturer ASUS’s stock price took a sharp dip toward the end of May 2018. That dip also suddenly turned around when the company announced the release of its second-generation cryptocurrency mining motherboard on May 30, 2018. 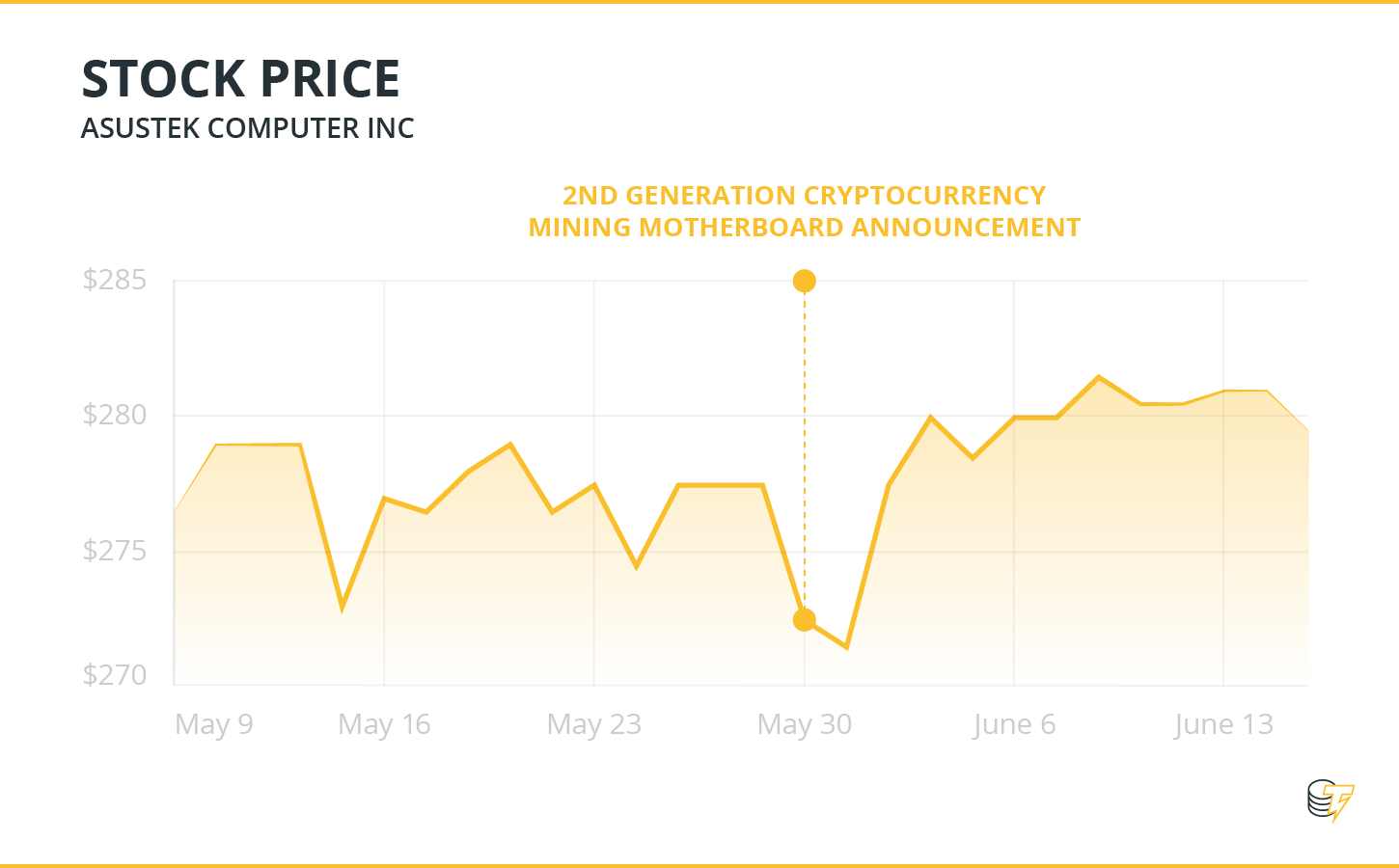 Despite the overwhelming evidence as to the growth that crypto mining has provided the video card industry, these manufacturers have not always fully embraced the opportunity.

In a statement made by NVidia in January 2018, the company encouraged their trading partners to limit the sale of their graphics cards to miners, as they were concerned that their stated primary customer base, i.e. gamers, were being priced out of the market.

“For NVIDIA, gamers come first. All activities related to our GeForce product line are targeted at our main audience. To ensure that GeForce gamers continue to have good GeForce graphics card availability in the current situation, we recommend that our trading partners make the appropriate arrangements to meet gamers’ needs.”

This was apparently in response to the frequent stock shortages of 2017 and the unprecedented rise of the selling price of these video cards, which can sometimes be double or even triple than that of the recommended retail selling price.

AMD has experienced similar problems. While NVidia has credited the cryptocurrency mining industry for their record growth, AMD, on the other hand, has reminded investors in a statement that mining is not part of their long-term growth strategy.

“We had significant growth in the GPU business outside of Blockchain in Q4’17 as we ramped our Radeon Vega products, our GPU compute products, and our Apple business. We appreciate the time and attention that investors continue to pay to Blockchain and cryptocurrency, but would also like to keep it in perspective with the multiple other growth opportunities ahead for AMD.”

AMD has been very cautious about fully embracing the crypto mining industry in the past and has even gone so far as to brush it off as a mere “distraction” in an effort to clarify the company’s standpoint toward crypto mining.

It would seem that the biggest concern for video card manufacturers is that, although crypto mining has significantly increased their bottom line, the volatility in cryptocurrencies causes unpredictable sales results. This is in contrast to the steady stream of income enjoyed by the target market of gamers and even researchers.

To focus on the cryptocurrency industry is seen as a gamble. Loyal gamers could be lost as customers if they continue to get pushed out of the market by stock shortages and rising prices. On the other hand, if manufacturers increase their supply to meet this demand, and the supposedly volatile crypto market takes a sudden downturn, the second-hand market would be flooded with GPUs, causing downward pressure on prices and leaving manufacturers with huge amounts of stock they are unable to move.

As ASUS stated in a recent press release, “Mining is a numbers game; it’s only worthwhile if the value of the cryptocurrency you generate exceeds the cost of producing it.”

Other factors, such as Ethereum moving from a POW to POS consensus mechanism, could also play its part in video card manufacturers resistance to fully embrace crypto miners.

Despite these concerns, it hasn’t stopped some of the bigger video card manufacturers to adjust their operations in order to cater to the crypto mining industry.

AMD itself has launched a software driver specifically for cryptocurrency mining, while AMD CEO Lisa Su has indicated in the past that the company is very willing to participate in blockchain.

ASUS’s latest release of their graphics card motherboard for mining is already their second in less than a year, while NVidia has been awarded the smartest company in the world by MIT for Bitcoin and Ethereum development. NVidia CEO Jensen Huang further admitted that crypto mining played a significant role in the increase of the company’s graphics chip sales.

What we have to remember is that, ultimately, these companies are still profit-seeking organizations that are primarily driven by their bottom line. Although they might express an adversity to fully embrace cryptocurrency mining as part of their production focus, in the short-term at least, their actions would suggest otherwise.

This is perhaps in an effort to protect and reassure their core customer base, i.e. gamers, and to hedge themselves against a volatile cryptocurrency market.

But as they are profit-driven companies, the revenue from crypto mining operations is simply too big to ignore, as one Reddit contributor highlighted:

“GPU companies cannot ignore the market, it's too big and if one of them doesn't answer the demand, someone else will. Them banning mining is off the table. Just Ethereum is 7 billion dollars annually, up from mere millions just a year ago. Miners aren't to blame for making a rational decision and taking a calculated risk.”

NVidia released sales figures for their 2018 first quarter crypto mining sales, which — at $289 million — came in “higher than expected”. However, the company did state that this figure will be much smaller in the second quarter, as they expect crypto sales to fall by about two-thirds.

AMD stated that “graphics demand will be strong throughout the first half of 2018” and that “crypto mining contributed roughly 10% (or possibly more) of the company's annual revenue and a third of the company's $140 million in sequential growth.” They are more optimistic and predict double-digit growth for 2018.

Of course, the operations of these companies stretch far beyond cryptocurrency mining. Apart from the settled gaming industry, GPU applications in AI and machine learning, among other technologies, have made significant strides. Ultimately, it would seem that these video card manufacturers have a couple of options when it comes to the crypto industry.

They can either try to prevent crypto miners form snapping up their graphics cards or push out their long-time loyal customer base of gamers and researchers. However, this would be difficult to enforce and would mean forfeiting the significant profits they have enjoyed thus far as a result of the additional revenue stream.

Another option is to continue riding the wave, while also releasing crypto-specific hardware focused on mining processes. The cryptocurrency market might fluctuate up and down while it moves toward stabilization but is not likely to go away anytime soon. This move, however, might continue to alienate gamers in the long run.

Either way, taking this evidence into consideration, and as the GPU mining industry is predicted to have another bumper year, it is clear to see that crypto mining has already forever changed video card production and distribution.