Many people are extremely wary of a one-world currency. I didn't know until recently that this fear among Christians is due to a passage in the Bible itself. 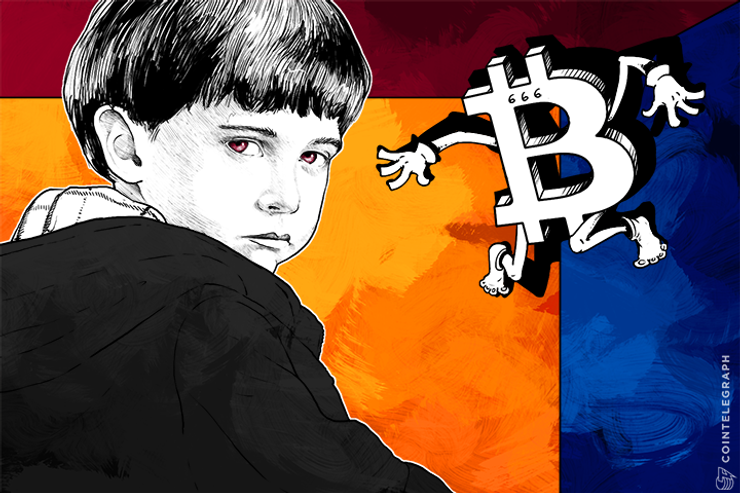 Many people are extremely wary of a one-world currency. I didn't know until recently that this fear among Christians is due to a passage in the Bible itself. The Book of Revelation, chapter 13:16-17 says:

“And he causes all, both small and great, rich and poor, free and bond, to receive a mark in their right hand, or in their foreheads: and that no man might buy or sell, save he that had the mark, or the name of the beast, or the number of his name.”

The topic came up during a drive through the country. Some friends and I utilized Craigslist to pay for a 1000-mile rideshare, and during the drive I had ample time to proselytize to our new driver friend about digital currency. After hearing my synopsis, he said, “So ... is Bitcoin kind of like the mark of the beast?”

“What's that?” I asked. He explained his take on the Book of Revelation passage — that his prophets of old were warned that the highest tyranny would come to the earth in a form of biometrically-enforced and perfectly traceable money.

What with Elliptic's recent privacy-smashing “blockchain map” and the fact that a man has already had a Bitcoin wallet implanted in his hand, one can see that my driver friend made an excellent point: if the Bitcoin maximalists get their way, and the whole world uses Bitcoin in its current form, the “compliant” masses could seriously usher in the “mark of the beast.” Here’s how:

1. Bitcoin would be the perfect currency to be declared the only “legal tender.” States have failed miserably at producing and maintaining stable currencies. They just can't resist dipping their hands into the piggy bank. Look no further than Greece for a perfect example.

But digital currency provides a way for states to save themselves from themselves. A currency with a non-manipulatable inflation rate is a brilliant way for monopolists to present a viable, long-term monopoly currency.

“Legal tender” laws have been used for 100 years to successfully corral people into using a monopoly currency. If the masses who've been obedient continue to be obedient, who's to say “legal tender” wouldn't be enforced with one digital currency as well? Just look at what's happening in Ecuador -- the state says all banks must accept a new state-run cryptocurreny. . . or else.

2. Each person's Bitcoin addresses would be tied to identity. If Bitcoin were to be declared the new “legal tender” — which may become a more popular idea as more fiat currencies begin to fail around the world — the politically obedient would be all too easy to convince that identities must be tied to payments. The usual “terrorism-financial-stability-national-security-the-children” would be used as selling points. Coinbase would probably be the biggest cheerleader.

In an ironic twist of fate, Bitcoin would become the new fiat.

Then every person's expenditures could be checked for “compliance” right from the blockchain. Addresses of “criminals” could be blacklisted and mandatory offerings (taxes) could be verified for all transactions. Your entire economic life could be tracked, verified, measured and controlled, all via the blockchain.

3. Because the blockchain is transparent, it would be extremely easy to condemn those who don't comply. Failing to include your tax payment on every transaction, or doing any business with “economically sanctioned” individuals, would land you directly on the “Trade Sanction” list.

Anyone found by the Bitcoin blockchain to trade with you henceforth would be imprisoned or worse. You may eventually starve, not for lack of food, but for lack of people willing to sell some to you. Or as Revelations would say, “No man might buy or sell.”

The relative IP address of where transactions are made is broadcast by the blockchain, so this makes for an excellent geo-tracking scheme when everyone's identites are tied to their Bitcoin address. Or as Revelations would say, “The number of his name.”

When Bitcoin becomes the new fiat, you can run, but you can't hide.

Bitcoin-related projects like DarkWallet have known these risks for a while. Mixing services like BitMixer have served to mitigate the problem, too. Even the <a href="http://coinyoo.com/2015/06/16/new-bitcoin-sidechain-el