Israel Is at the ‘Leading Edge’ for Bitcoin Startups

Cointelegraph reached out to a few Israeli Bitcoin startups to get an idea of the local ecosystem, and according to many, the country is a "forerunner."

"I think the Bitcoin community in Israel is more coherent than in many other places in the world, which can be attributed to the small size of the country. Everyone is in driving distance from anyone else, so its much easier to breed communities that actually meet up and cooperate."

Earlier this week, Blocktrail, a Bitcoin API provider, discovered a bug in BitGo’s security platform that causes Bitstamp's transaction data to be identifiable on the blockchain.

"Having stumbled upon this issue and seeing its implications run in the wild should serve as a good reminder for us all that not all transactions are created equal. And since some people — possibly including traders — already know of this information, we assessed that it would be better to openly publish the information so that everyone can use it, hence creating a more even playing field for all until the bug is fixed."

US Govt Develops a Matrix-Like World Simulating the Virtual You

Proposed in 2006, Sentient World Simulation (SWS) is a technology that simulates us, while taking our personalities into account in a parallel virtual world.

"Global Research reported that 'U.S. defense, Intel and homeland security officials' are involved in constructing this project. With all the massive data collections, and also all the records from the Internet, SWS has the potential to predict the answers to many complicated queries, as it gets more intelligent the more information it is fed."

Ralf Muller, one of the musicians, told Cointelegraph:

"Two words, free and absolute. In Canada, it costs CA$50 a pop for one song and all you get is a certificate mailed to you with the title of your work on it. How this would ever help you in court regarding lyrics or a melody is disheartening. [...] I got inspired when I read an article a few months back when someone hashed a book into the blockchain, first time ever apparently."

Cointelegraph spoke with Peter Todd about the recent online debate about BitGo's patent claims, along with the topics of centralized blockchains and Bitcoin core development funding.

"It’s known that BitGo was using the term 'patent pending' to promote their technology to potential clients and investors. It is known that they did apply for a patent on a particular way of using multi-sig.

“When the reddit discussion came up, they claimed that they were only going to use it for defensive purposes. However, one of the issues for the people in the community was that they never said this in advance, so not everyone trusts that those were the intentions all along."

Just a day after the US Financial Crimes Enforcement Network (FinCEN) announced that it had fined Ripple Labs US$700K for violations of the Bank Secrecy Act, its director, Jennifer Shasky Calvery, said that the agency is investigating businesses in the digital currency ecosystem.

The Isle of Man announced plans by the Department of Economic Development (DED) to trial the first government-run blockchain project. The platform will be on the proof-of-stake protocol and will be developed by Pythia, a local startup, reported CoinDesk.

ItBit, a New York-based bitcoin exchange, opened its doors on Thursday to US customers as a trust company, reported WSJ's MoneyBeat. The startup has received a trust company charter from the New York State Department of Financial Services that will allow it to operate in all 50 states as a fully regulated financial services entity.

This week, the USA welcomed six new bitcoin ATMs, among which, three are operated by ZenBox.

The first two devices are BitAccess one-way bitcoin ATMs. Both were installed in Los Angeles in two different Good Vapor shops. The first one is located in downtown Los Angeles, at 133 E. 3rd St., while the second one is located on 5009 Hollywood Blvd.

In Columbia, Missouri, a new Skyhook one-way bitcoin ATM was installed at Personalized Computers, on 207 E. Broadway. The machine charges 5% from Coinbase and is limited to US$500 per transaction. 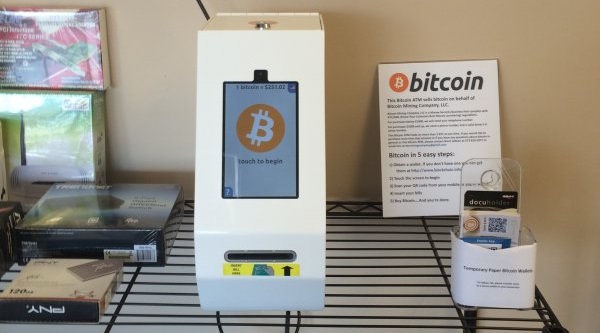 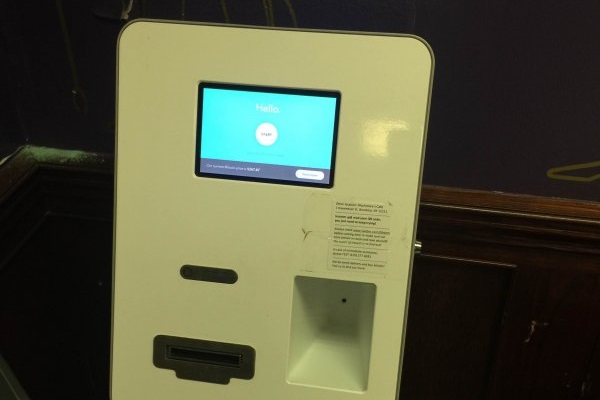 On Thursday, a new bitcoin ATM was installed in Quebec, Canada.

The device, a Lamassu one-way bitcoin ATM, is located at Houston Avenue Bar & Grill, 1161 Montée des Pionniers, in the city of Lachenaie. Operated by Instacoin, the BTM charges an average of 4-7% over Cavirtex. In Spain, a Lamassu one-way BTM was installed on Friday at a hair salon, Scandal Gasteiz, located at Doce de Octubre, 13, in the city of Gasteiz-Vitoria. The machine charges 5% and is limited to 1,000 EUR per transaction. New York CIty-based bitcoin exchange ItBit reached a milestone this week when it announced it is the first entity to be regulated by U.S. banking laws. The news is a sign that bitcoin exchanges are making the move to become regulated.

Earlier this week, we reported that the bitcoin price has continued to be range-bound. While the price violently rebounded on Saturday, trading at 245 USD/BTC, based on Blockchain.info data, nothing has changed as far as the long-term trend goes.

"The primary downtrend continues. While prices have moved higher, it appears to be the top of the range and most indicators are confirming this. Momentum and volume have not followed the price higher. [...] If the price does move higher, be suspicious. It still looks like there are lower levels to be tested."