The May 14 report, published by Stack Funds, stipulates that if the interest rates in the U.S. turn negative in the near future, it will force market participants to look for alternatives to traditional assets. This could present Bitcoin with a real opportunity to garner institutional adoption.

It is important to keep in mind that there is no single interest rate in the economy, but rather many. The one that the report alludes to is a Federal Funds Rate — an overnight rate at which depository institutions lend funds to each other in the U.S. 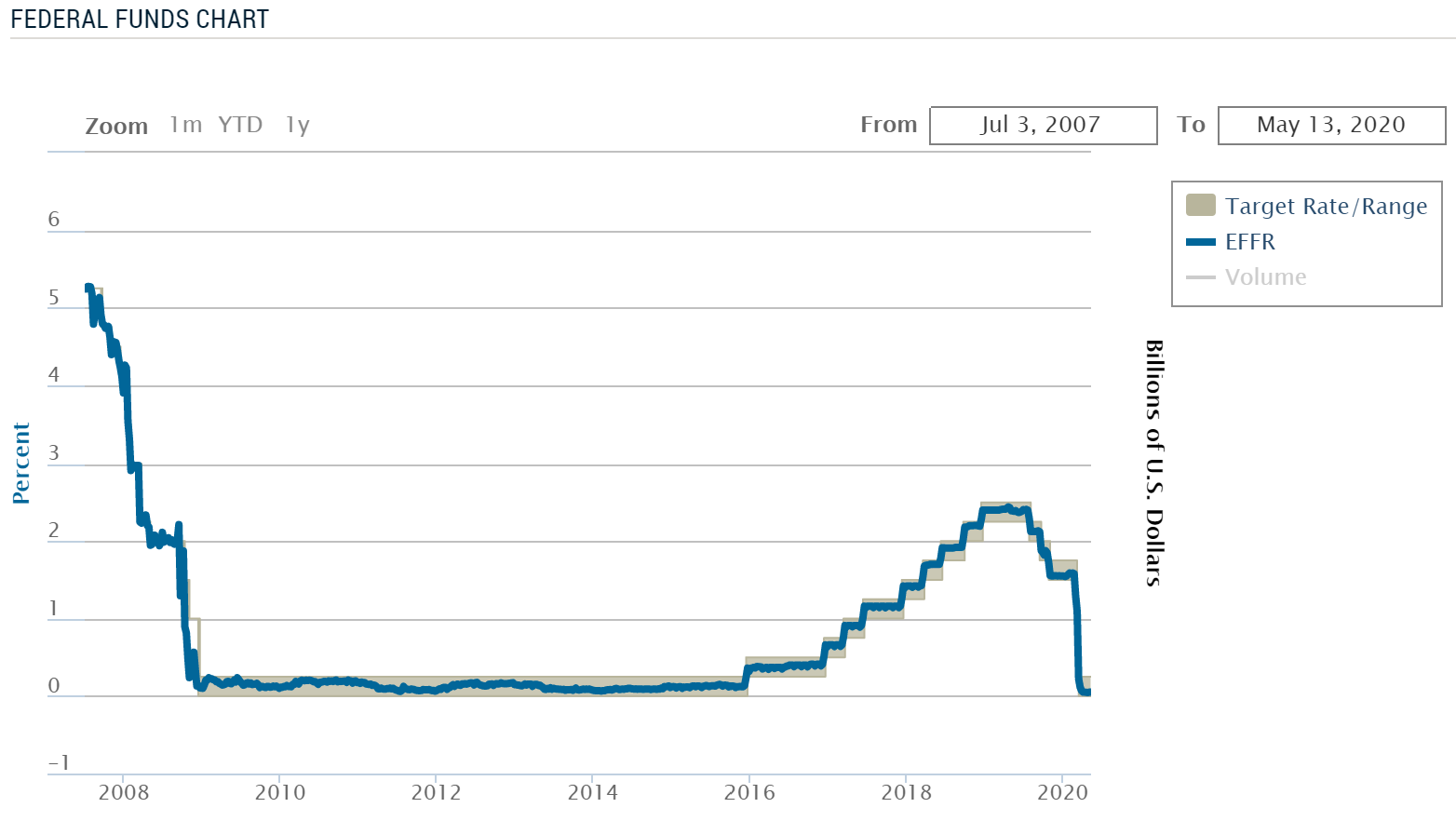 The report observes that negative interest rates are a sign of a weakening economy:

“Theoretically, a negative interest rate occurs when a central bank needs to boost a weakening economy. During large deflationary periods, people and businesses are keeping their cash instead of spending, and negative interest rates encourage this action as opposed to them keeping it in a bank.”

When low or negative interest rates prevail in the economy, it makes the job of investment managers difficult as all the yield on all traditional assets will be low as well. This prompts them to look for alternative assets that, despite the prevailing economic conditions, may still present attractive returns.

“it is difficult to argue why a fund manager would not consider the digital asset as a hedge to their portfolio. As I like to put it, ‘Bitcoin is an asset born from a recession, and will further prove its robustness through a recession.’”

Meanwhile, the institutional interest in Bitcon has been on the rise recently, with prominent hedge fund manager, Paul Tudor Jones, joining the bandwagon.