No ETFs Until 2019? The SEC Has Been Taking Its Time

On Sept. 20, the SEC requested more comments for the VanEck SolidX ETF case. 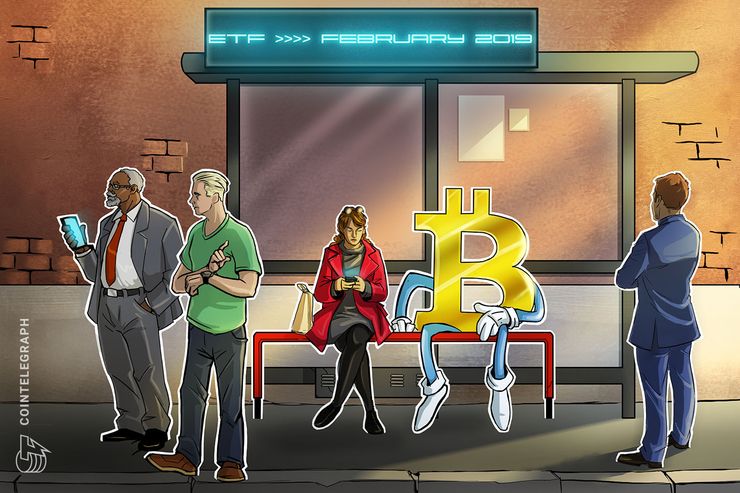 On Sept. 20, the United States Securities and Exchange Commission (SEC) requested more comments on its decision on the listing and trading of a Bitcoin (BTC) exchange-traded fund (ETF) created by New York-based firms VanEck and SolidX. Consequently, the regulator’s decision was postponed yet again.

Here’s why the VanEck/SolidX ETF has a greater chance than the nine ETF temporarily rejected by the SEC in August, and why a BTC ETF isn’t likely to appear until 2019.

What’s so special about this ETF?

Cointelegraph has previously covered ETFs and why they are important for mass adoption. In short, an ETF is a kind of investment fund that is tied to the price of an underlying asset — a commodity, an index, bonds or a basket of assets — like an index fund and is traded on exchanges, available to both retail and institutional investors.

A Bitcoin ETF, in turn, tracks Bitcoin as the underlying asset. It is an indirect way of purchasing BTC, where the investor only holds the corresponding security without having to store the actual coins. If listed on a regulated U.S. exchange, it could pave the way for large mainstream investors, potentially pushing Bitcoin toward broader recognition on Wall Street.

That’s what this Bitcoin ETF powered by investment firm VanEck and financial service company SolidX is trying to achieve. Both VanEck and SolidX had tried registering their ETF separately beforehand — in August 2017 and in July 2016 respectively — but the SEC denied both attempts.

Now, their collaborative ETF is generally viewed as one of the most promising ones. The fund is tied to VanEck's subsidiary index MVIS, which will calculate the real-time price of BTC based on executable bids and asks derived from U.S.-based crypto over-the-counter (OTC) markets instead of more conventional crypto exchanges, while SolidX will sponsor the project. It is expected to be listed on the Chicago Board of Exchange (CBOE) BZX Equities Exchange. The fund’s bid with the SEC was filed on June 6.

Unlike the Winklevoss’ ETF attempt (and nine other ETFs that the SEC rejected earlier in August), the VanEck/SolidX fund puts additional emphasis on insurance: It is derivative-backed, as per its press release, implying that the firms will actually hold BTC. This will allegedly protect against the loss or theft of the cryptocurrency.

Moreover, each share of the VanEck SolidX Bitcoin Trust is set to cost a substantial $200,000. As SolidX CEO Daniel H. Gallancy has previously explained to CNBC, the price is set at a higher rate to attract more institutional, rather than retail investors.

Not denied, but postponed: The SEC asks the public to weight in

Nevertheless, the SEC have been taking its time to issue a decision on the aforementioned ETF. First, on Aug. 7, the agency postponed the case until Sept. 30. In the notice, the SEC stated that it had received more than 1,300 comments on the proposed rule change to list and trade shares of the VanEck SolidX ETF. It didn’t specify why exactly the delay was taking place.

Then, on Sept. 20, the SEC requested further comments regarding its decision on the VanEck SolidX ETF. The watchdog explained that it has not “reached any conclusions with respect to any of the issues involved,” and is asking for additional comments from interested parties, addressing the adequacy of the BZX exchange’s statement in support of the proposal.

In particular, the SEC is seeking comments on 18 key issues, among them are commenters’ views on BZX’s assertions that BTC “is arguably less susceptible to manipulation than other commodities that underlie exchange-traded products (ETPs),” as well as SolidX’s assertion that “the OTC desks have a better measure of the market than any
exchange-specific reference price,” among oth