According to the statistics, there are about 60 different crypto currencies available on the Global Network, some of them outliving a similar rise of popularity and price like their more successful and lucky peer. 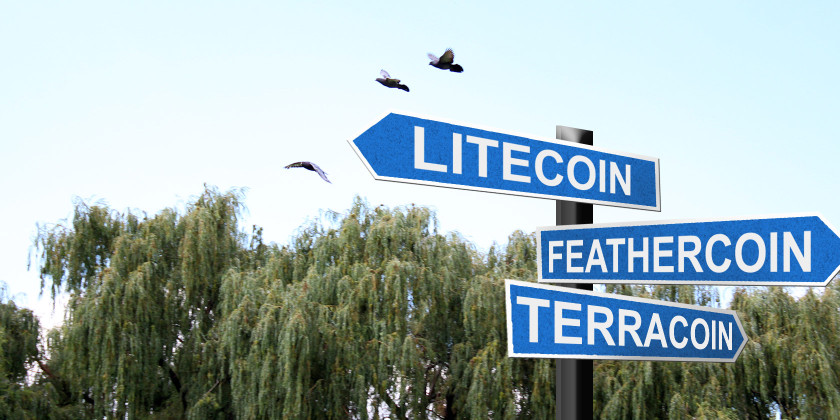 Samuel Gibbs from The Guardian believes that many bitcoin users are hardly capable to name some alternative coins, based on the same or similar principles of production, encryption and use. According to the statistics, there are about 60 different crypto currencies available on the Global Network, some of them outliving a similar rise of popularity and price like their more successful and lucky peer. On the 29th of November the British journalist created his own list of the most remarkable and forth the attention coins that should be considered both by experienced activists and cautious beginners. Our portal allowed itself to observe his paper and comments to create a similar ranking, but using the opinions of different supporters on the web.

According to the stats as on the 13th of December 2013 presented by the CoinMarketCap the top-5 consists of the following coins (see the image below). Particularly this group we will consider as the basics of our case study. More information of the next currency can be found on the developers’ pages or on forums.

After Mr. Gibbs the most interesting among alternative coins are litecoin, Namecoin, Peercoin, Primecoin, Feathercoin, Novacoin, Infinitecoin, Megacoin, Quark coin. The last three of them are recent newcomers, whose potential should be proven by time. Only Infinitecoin was unable to join on the leading ten positions.

So let us start getting acquainted with our possible future friends. Assuming that the very first one, the humble leader Bitcoin, is very well known to us and does not need any additional praise or presentation we can go on to describe it opponents.

Litecoin has two acronyms one might stumble upon on the internet – LTC and XLT. The currency is derived from bitcoin. It is also mined, has the peer-to-peer principle, is not governed by any authority. However, is has some key differences from its “parent”. The network is faster – processes block of action of every 2,5 minutes, instead of 10 by bitcoin. For generation it uses a slightly simpler algorithm – can be mined on standard computers. And the final mark is equal to 84 million coins. As You can see the price still cannot be compared to the price of bitcoin.

Peercoin holds in its name the basic principles. The acronym is PPC. It is the first crypto currency to be based on an implementation of a combined proof-of-stake (PoS)/proof-of-work system (PoW). The developer is known and to him holds the invention of a second virtual currency. Only 8% of the coins are mined. The developer promises to the user an improved safety and a smaller potential of flaws and abuse.

It was launched in the 2013. The most remarkable advantage is the level of security – nine separate rounds of encryption using six different algorithms.

The acronym for Namecoin is NMC and has a bigger value on the Internet then outside or as a matter of exchange. The main product to be purchased is the domain name. It is an alternative, decentralized DNS, used to avoid domain name censorship by making a new top level domain outside of ICANN control. There are also 21 million coins and they can be divided to eight decimal places.

The crypto currency that is rather hard to understand. It is similar to the altcoin, allows buying them before they are generated. A BitShare will be awarded for every PhotoShare held. Mining principles are based upon Bitcoin. There are around 2 million coins, with 1% inflation after 2 years. The block of processed actions is equal to 5 minutes.

As You can see that the technical basics of the coins are similar or even built upon the protocol of Bitcoin. It can be concluded that the popularity of it has different reasons. The appeal to the society might lay in different aspects named by the experts. However, it would be great for other currencies will gain more popularity as sharp concurrence stimulates the development of security, benefits and progress.