In 2015, Chris Omenihu founded Human Influence in order to create a platform on which to speak, sing and spread his message about cultural inclusivity. 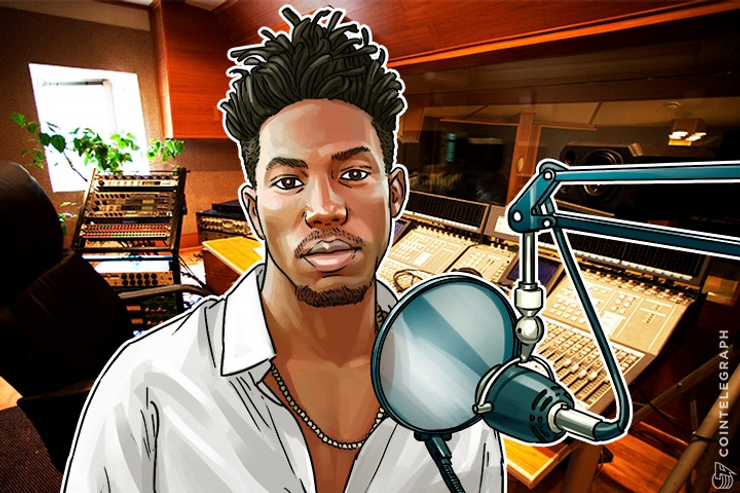 Remember when we talked about Ujo Music a few weeks back? Or maybe earlier last year when Imogen Heap filled us in on Mycelia? Well, let's apply these services and get some feedback from an audience that could benefit from it. Our guest is a proud University of Texas graduate, a proud creative leader in the city of Austin, and obviously, a proud hip-hop artist who is striving to break into the industry. Chris' demeanor is passive yet perceptive, and when he speaks, he sounds like he does performing: as if you are a microphone to woo.

In 2015, Chris Omenihu founded Human Influence in order to create a platform on which to speak, sing and spread his message about cultural inclusivity. Since its inception, this "taste-making, creative community" has evolved to be a culmination of Chris's interests, shaped by his experiences in Austin. So if anyone can appreciate what we do, and take time out to listen to new technologies, it is him.

In addition, we are joined on this episode with our Merch director Dillon!

This one’s for the all the young, up and coming, solo artist, out there looking to make a living producing content, without giving up 20%… if not more! We’re talking about Ujo, Mycelia and music on the blockchain, with an actual artist.

Straight outta Cedar Hill, Austin, Texas! Christopher [Oh-Many-Who] Omenihu takes the stage to talk firsthand about the music industry and how hard it is making a living as a solo artist.

Christopher Omenihu is the owner and operator of Human Influence as well as a TTU graduate and a starving artist, which makes him a prime candidate for using the content platforms that have also taken stage here on The Bitcoin Podcast, like Ujo and Mycelia. Chris is a very smart, tech savvy MC, who’s just looking for a way to make a meal doing what he enjoys, making music. Since being so tech savvy and a small business owner as well as a content creator it basically goes without saying how obvious it would be for him to own and market his own content. Luckily for him, we’re here to help!

“Hip-Hop inherently isn’t something that rappers own.”

Chris passionately speaks about just how hard it is for a starving artist to survive in a market that’s dealing with a massive money allocation problem. Corey explains the benefits of using blockchain platforms to protect and market his content, for little to no fee, peanuts. Cello reminds Chris how he doesn’t want to end up like other artist who went platinum, just to take to the internet for hand outs to make rent. We are also accompanied by our wheeling and dealing Chief Merchandise Hustler Dillon, so look forward to shameless plugs and advertizing of our fly hats.

Buy our stuff and junk. We accept bitcoin…

“We are selling happiness.”

It’s stories like Chris’ that remind us all why we got into bitcoin and blockchain technology. We’re all seeking a form of freedom. Whether that freedom be financial or intellectual, bitcoin’s blockchain is a new tool solving old problems.

Chris Omenihu is a guru entrepreneur destined for greatness and we were luck enough to have him on the show before he blows up. Hopefully we helped him find what he was looking for, financial empowerment if the form of intellectual freedom. It’s the people who adopt bitcoin and its blockchain technology that give bitcoin value. Bitcoin only has value if it provides a use, fill a need, so to speak. There are many needs bitcoin could fill, the problem is those inside the box can’t see life any other way. Our passion for bitcoin technology encourages us to educate and liberate those in situations like Chris’, where the established corporations have manipulated the market.

If you find blockchain technology empowering and yourself enthusiastic about what bitcoin can do for the modern world, this is the episode for you. If you have an entertainer entrepreneur family member or friend, do them a solid and send them a link to this interview. Companies like Ujo and Mycelia are putting the power back in the hands of the creators and we’re just trying to help bridge the gap between the creators and these platforms.

Can you explain bitcoin in ten words or less?

“Bitcoin is the safest way to pay for sex.”