Rassah of Mycelium: What ETF Will Bring to Bitcoin Table

One thing among not a tall list that most people in the Bitcoin community are expecting in 2017 is Bitcoin Exchange and Traded Funds (ETF). What will it bring to the landscape? 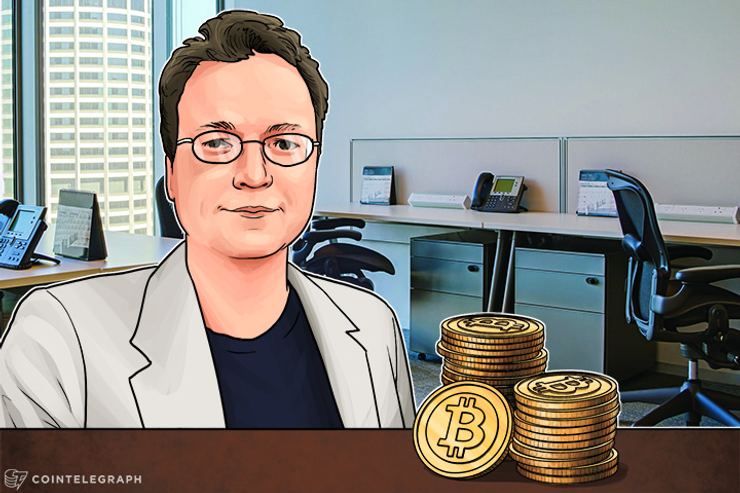 Since 2013, the Winklevoss twins have been seeking the green light to begin a Bitcoin ETF without success.

There have been opinions of Bitcoin instability rendering an ETF undesirable. However, according to Bloomberg, about sixty legal ETFs are more evaporative than Bitcoin citing the example of Direxion Daily Junior Gold Miners Index Bull 3x Shares (JNUG). To be precise, it's more than three times as explosive as Bitcoin.

At the moment, the Winklevoss Bitcoin Trust has done a better job of providing enough proof of security and proof of control to the SEC. This was in accordance with the appointment of State Street Corporation and Burr Pilger Mayer (BPM) to oversee the ETF.

What will a Bitcoin ETF actually bring to the landscape? Cointelegraph spoke with Dmitry Murashchik aka “Rassah” from Mycelium.

Cointelegraph: Personally, what is your point of view on Bitcoin ETF?

Dmitry Murashchik: I think a Bitcoin ETF is a superb idea for funds and investors who are legally limited to investing only in securities accredited by the SEC and available on the public market. But holding Bitcoins directly is still a more secure and safe way of investing since there is no guarantee that the ETF will always have the Bitcoins to back its holdings.

CT: Do you see Bitcoin ETF in sight anytime soon?

DM: I don't know. The plans for it were announced way back in 2013, and it's still not available due to SEC delays. It's hard to predict when they will finally approve it.

CT: What impact will ETF have on the Satoshi industry?

DM: The only impact I think will be a dramatic rise in Bitcoin price as hedge funds and mutual funds diversify into Bitcoin. Other than that, I don't expect it to have much impact on the industry as a whole.

CT: In the likelihood of an ETF, won't coins be at the risk of hackers?

DM: Ideally, the ETF will store the coins in cold storage, not connected to any device (such as a few USB keys distributed among vaults around the world), inaccessible to anything that can be hacked. Trades in ETF happen "off chain" and would only require access to those Bitcoins if someone actually requests to convert the ETF back to the commodity backing them, which is extremely rare. So I don't think hackers would be much of a threat.

CT: If Bitcoin ETF is given the green light, would it mean mainstream acceptance?

DM: It would certainly help, but probably not a lot. People don't look into what comprises the funds they invest in. But the resulting price rise and extra credibility would no doubt help a little. Mainstream acceptance will come, slowly, via other means, such as gradual acceptance of Bitcoin as a method of payment by more and more businesses.