An interview with Joël Valenzuela, founder of the Rights Brigade, about how Bitcoin is used to help educate and empower jurors in New Hampshire for preventing victimless crime offenders going to jail. 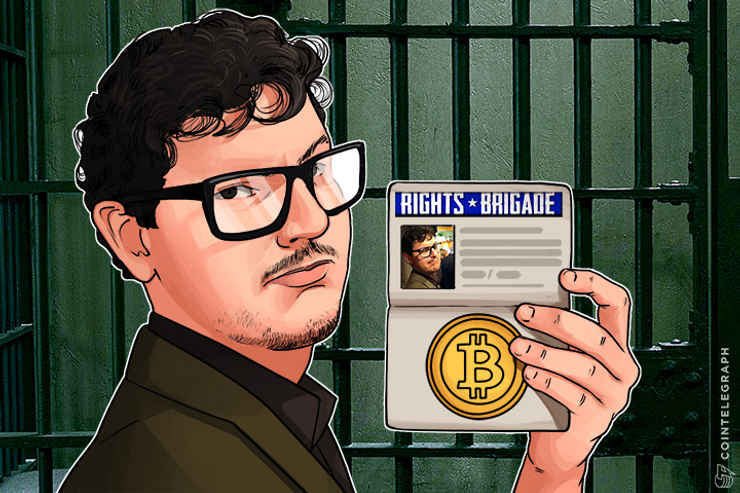 Rights Brigade, a New Hampshire-based rights group, is using a Bitcoin-fueled approach to activism to prevent victimless crime culprits from going to jail.

The purpose of its Jury Nullification Outreach Campaign is to educate Jurors about their rights so that they could avoid sending innocent people to prison.

Statistics show that 86 percent of Americans go to jail for victimless crimes like substance use and public order disturbance. It is tough to understand why people are incarcerated for hurting no one but themselves.

Cointelegraph spoke to Joel Valenzuela the founder of the Rights Brigade about how Bitcoin is used to help educate and empower jurors in New Hampshire on preventing victimless criminal offenders going to jail. Joël Valenzuela is also a contributor to Cointelegraph.

Cointelegraph: What necessitated your campaign?

Joël Valenzuela: Every day, people go to jail or suffer criminal convictions because of either a legal technicality or because they committed a victimless crime, an action that is technically illegal but hurts no one. In the American jury system, jurors can vote not to convict a defendant, regardless of the letter of the law. However, most jurors don't know they have this right and end up sending innocent people to jail because they don't think they have a choice.

Cointelegraph: What are you going to do?

JV: We will pass out pamphlets to jurors in front of courthouses at the 11 superior courts in New Hampshire. Activists are compensated in Bitcoin- not much but enough to cover their transportation