During the hearing of the Senate Committee on Banking, Housing, and Urban Affairs most of the experts explained that bitcoin payment network offers real benefits to the modern financial system. 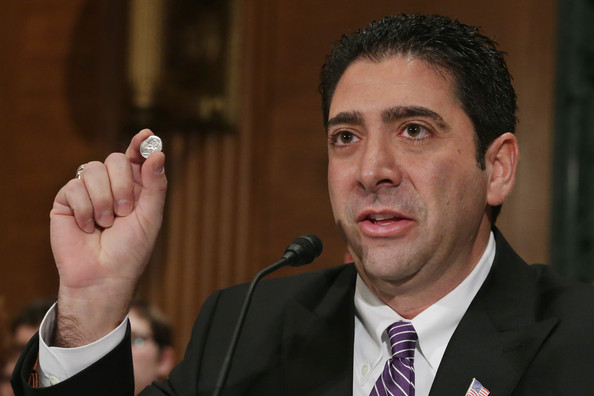 During the hearing of the Senate Committee on Banking, Housing, and Urban Affairs most of the experts explained that bitcoin payment network offers real benefits to the modern financial system, despite the fact that a new form of digital currency may be used as money laundering and other illegal activities instrument.

The reports of the United States Department of Homeland Security, provided for the hearing of the US Senate Committee on this Monday has a wide range of positive opinions. They concluded that digital currency is a legitimate financial instrument, and its widespread use has significant benefits for consumers. Opinion of state agencies considerably increases the chances of official recognition by the authorities of digital currency. According to their written agency representatives reports published this week – digital money offer real benefits and carry some risks as any other payment system.

Hearing of the Senate Committee main reason was to explore the potential opportunities and risks of the virtual currency, including the fact of recent close of the website Silk Road in October. Closure of the black market, where people could buy drugs, fake documents and other illegal goods for bitcoins, gave reason to believe that Bitcoin is becoming more widely recognized currency for not only for legitimate business.

During the hearing in the Dirksen Senate Office Building most of the discussions were focused on the risks around digital currency. Senators were interested in understanding the ways how to regulate bitcoin and minimize all risks concerning digital currency.

Jerry Brito, a senior research fellow at the Mercatus Center at George Mason University and director of its Technology Policy Program was also on hearing. He mentioned that: two years ago, everyone was scared when the Silk Road first appeared on the scene but since then, Congress has examined the issue better and now realizes that bitcoin has large potential. Unfortunately, as with any other new technology, this one also has some problems. It is important to keep a balance, and tend to look favorably on this technology.

Bitcoin is especially attractive currency for people who want to protect their identity as it gives ability to make anonymous transaction. Immediately after closing the Silk Road, bitcoin prices fell but soon after it have recovered and continue to rise for new record levels.

Committee is aware that digital currency has reached a price record of $500 this week, which mean that it has grown more than x30 times during this year.

Ben Bernanke, the Fed chairman, has responded to the request of the Senate, saying that he has no plans to regulate digital currency. "Despite the fact that the Federal Reserve System as a whole following the developments in the field of virtual currency and other innovative payment systems, we can not directly control or regulate these innovations and the companies that provide them to the market."

However, the anonymity of cyberspace gives opportunities to launder huge money. Agencies believe that it is important to minimize the ease of transactions for criminals.

Mythili Raman, Assistant Attorney General, said that because every bitcoin transaction is in the public domain it is possible to trace the movement of money between accounts. It means that they do not give criminals the insurance from hide from the investigation. But it is necessary to develop appropriate techniques.

Experts mentioned at the hearing that criminal activity has been a problem in all money transfer systems. In the beginning the same problems were with the credit cards and electronic systems such as PayPal, and that this should not be a reason to restrict innovation. When it comes to regulation bitcoin should be treated just the same as any other financial instrument.

Nevertheless, Paul Smocer, the president of BITS, the technology policy division of The Financial Services Roundtable said “I would question if that is applicable across the industry, and whether there are things we can make sure to ensure that the kinds of litigations and controls that he has put in place are applicable to all”.

Sarah Jane Hughes, university scholar and fellow in commercial law at the Indiana University Maurer School of Law, gave recommendations including not creating a unified state/federal regulation for them, or to give them special regulatory treatment to foster innovation.

Gallippi’s BitPay co-founder, CTO Stephen Pair in his testimony said that “It is precisely the lack of clarity around regulations that is causing banks to take a very cautious approach to bitcoin.” He also pointed that “There are many banks that want to make use of the Bitcoin technology but they are unsure how regulators will react.”

Actually Gallippi was the only person operating a virtual currency business who could testify at the hearing. “Guidance from the IRS, Department of Treasury, Department of Justice, and SEC has all established that bitcoins are legal, and that those dealing with them must simply follow existing tax laws and anti-money laundering regulations,” he said.

Since the amount of bitcoins is strictly limited – the bitcoin protocol allows making only 21 million units – people are concerned about digital currency deficit in future. Today users have bid up the prices of exchanges on the Internet. Especially the rush of buying bitcoins could be seen in China. BTC China has became the world’s number one bitcoin exchange market has a large quantity of coins.

Due to the risen interest to bitcoin and its independency from the government, many of bitcoin users were afraid of negative attitude to digital currency in Washington. But experts who represented bitcoin interests at the hearing believe that the cooperation with regulatory authorities is very important step that must be taken in order to support bitcoin further growth.

In general there were both positive and skeptical messages from the government agencies at the hearing of the US Senate. Though they have a lot of positive analysis of digital currency it is still unclear what legislative actions they are going to use for digital currency.