ShadowCash and Umbra Are Dead, Reborn as P2P Marketplace Particl

Lead developer of Particl, a peer-to-peer anonymous marketplace, on the reborn project’s goals and future. 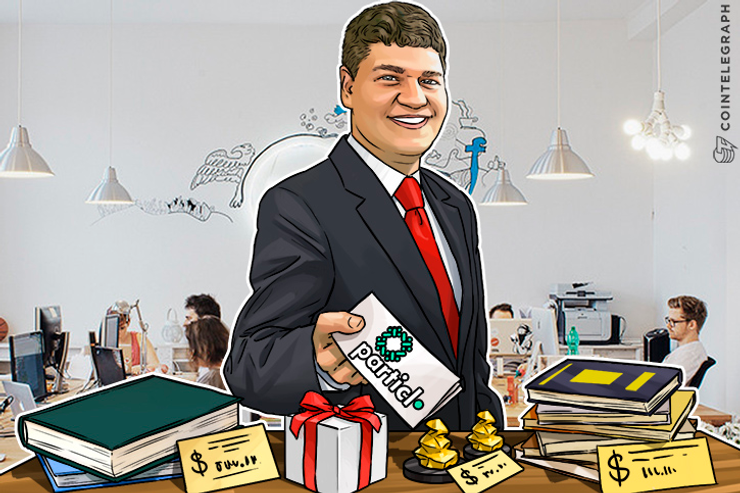 Privacy-centric cryptocurrency ShadowCash absorbed many of CloakCoin's investors and community members after they abandoned ship back in 2014. Now, the ShadowCash team has done a similar exodus, leaving the project behind to focus on a new project, peer-to-peer anonymous marketplace Particl. The project aims to be currency-agnostic and private while avoiding the shady darknet uses of projects like the Silk Road.

Cointelegraph spoke with Ryno Mathee, lead developer of Particl, about the reborn project’s goals and future.

Cointelegraph: First, what happened to ShadowCash? Is it gone? Just rebranded?

Ryno Mathee: Currently I can't really say what will happen to ShadowCash, but the team has left the project. Particl is an entirely new project, where we are giving ShadowCash holders the first option to invest in it or to convert to it.

There are going to be people who are unhappy with this decision, but in order for there to be a proper structure, as well as governance, we needed a clean break from ShadowCash.

CT: Why is that? What restrictions did ShadowCash have?

RM: As we explained in the blog post, we got into a situation where people thought we were out to deliver a DNM, which isn't the case.

Shadow has a lot of bad PR, and in order to do things properly, we started Particl. We want Particl to have a clean image, and to stay pure.

Sure DNM can attract some attention, but at the end of the day, it's a tiny target market compared to the real deal. Shadow went from A to B as the community dictated, without us putting much thought into it, until we actually realized we could potentially be releasing a system that could get a handful of developers and investors into a whole lot of trouble because we didn't understand the repercussions.

Once we sat down and realized that we are enabling people to do nefarious things, we knew the only way forward was to do things properly and getting a structure in place to take Particl seriously.

Regarding ShadowCash restrictions, could I add: It's not an easy task to find a balance between a system that provides free trade yet remains regulatory sound.

There is no unified framework for which goods and services are legal, making the task sound rather impossible. We strive to find a solution that will allow the community to help shape the market.

CT: So instead of a normal privacy-centric cryptocurrency, the new Particl is more of a market ecosystem?

RM: We're still going for privacy-centric, but the market and e-commerce will be our priority. We want a free market, as far as we can take it, within reason. We need the token, as it preserves transaction privacy. It will be the fuel of the market.

CT: I saw that Particl intends to be currency agnostic. So the token will be more for internal use in the ecosystem?

RM: We intend to start with shapeshift for our MVP, but we have a few ideas around how we could shape shift currencies within the system in the long term. Users could potentially swap out PART for xx Coin, which would allow them to enter into escrow, and the seller would immediately be able to cash out, as they know they are getting their PART back once the deal is done. It will allow them to keep their stake, as well as accept currencies that they desire.

CT: So it sounds like you're trying to build a private, peer-to-peer marketplace while avoiding some of the sketchiness of darknet markets. Sort of like a Slightly-Less-OpenBazaar?

RM: Darknet markets are a really small target market to go after, and most of us aren't actually comfortable with things that get sold on the black market.

It wouldn't sit right with us knowing we've enabled people to do the wrong thing. We absolutely want to keep the dark stuff off the market, it’s only the right thing to do.

CT: How do you balance the goals of privacy and full legal compliance? For example, what if the EU mandates that all cryptocurrency transactions be AML/KYC compliant and tied to real identities?

RM: If that's the case, then I guess exchanges would close down or tighten up. Users will start doing transactions off the books. It's not something that we're concerned with. Europe might be committed to tightening cryptocurrency rules, but I don't think it’s something that they will be able to enforce.

RM: Particl's ultimate success would be an anonymous marketplace, governed by the holders of Particl, that accepts any cryptocurrency, or at least can integrate any cryptocurrency with ease and incentivises holders enough to want to hold with stake rewards as well as listing and transaction fees. The ultimate would be to have a system that is constantly generating value and attracting users, that will run and regulate itself.