Tether and its Partners To Disrupt Conventional Trading On Bitcoin Blockchain

In disrupting the legacy financial systems, Tether Inc. in conjunction with partner exchanges have announced the launch of EURT, a “euro-coin” that is tradeable and transferable over the Bitcoin blockchain. 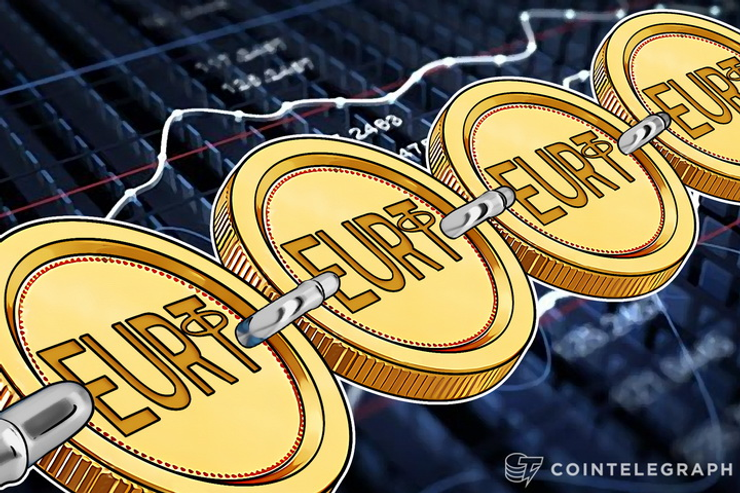 In disrupting the legacy financial systems, Tether Inc. in conjunction with partner exchanges have announced the launch of EURT, a “euro-coin” which is tradeable and transferable over the Bitcoin blockchain.

The partners involved in this latest development are Omnipotent Layer Foundation, who specialise in developing Blockchain-based technologies, and peer-to-peer cryptocurrency platform, OpenLedger.

“We’re enabling price discovery and remittance for the world’s most liquid market over the Bitcoin Blockchain, which means we can provide a very tight trading spread combined with the lowest exchange fees in the industry.”

Using this vehicle, the Omni Layer Foundation will engage market making in the EUR/USD pair across both decentralized exchanges and other exchange partners.

According to the announcement, similar to USDT which trades between half a million and a million USD a day across more than 5 exchanges, EURT is fully backed by a banking trust in Taiwan on a 1 to 1 basis of deposits to coins issued.

Tether currencies are issued using the Omni Layer protocol, which like the Bitcoin Blockchain itself, is fully decentralized and allows low cost trading with no custodian or middleman directly over the blockchain.

Tether Euros provide the least expensive way to transfer digital assets priced in USD into euros, Tether EUR can be deposited on OpenLedger and credited for SEPA transfers, and on Coinsbank for debit card payments.

The OmniDex charges traders taking liquidity 0.05 percent of each trade, which will accrue to holders of the Omni cryptocurrency automatically.

Everyone seems to be involved

Also claimed in the announcement is that the supply of Tether Dollars has grown to just over 6.6 Million USD backed by bank deposits in Taiwan, and Tether Euros are being made available in conjunction with OpenLedger, which will provide SEPA transfer functionality on redemption.

Another aspect of this partnership is the integration of Tether with Coinsbank (www.coinsbank.com), an Edinburgh-based exchange and fintech solutions provider, who will enable debit card payments for holders of Tether USD and EUR.

Coinsbank claims to average over 2M USD in daily trading volume for Bitcoin against the euro, dollar and pound.