The ATM Industry Association (ATMIA) believes Bitcoin isn't a threat to neither cash nor established electronic payments methods, but recommends increased control and support among the Bitcoin ATM network. 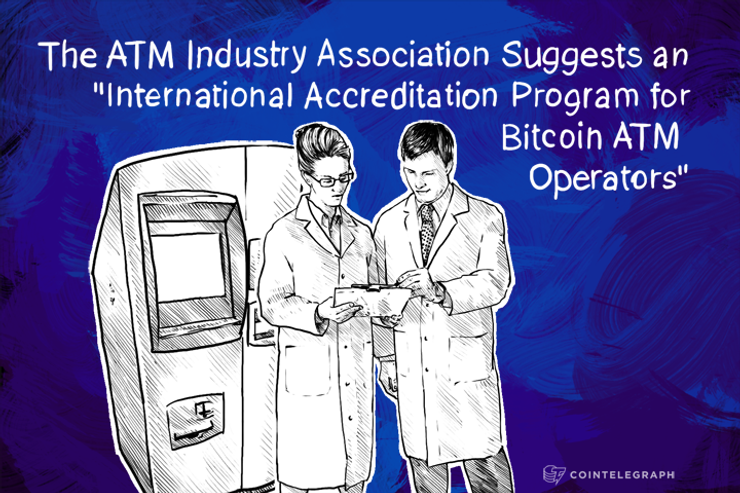 The ATM Industry Association (ATMIA) believes Bitcoin isn't a threat to neither cash nor established electronic payments methods, but recommends increased control and support among the Bitcoin ATM network.

In light of the increasing number of Bitcoin ATMs installed across the world, the non-profit trade group the ATMIA issued on September 4, its position paper on Bitcoin and digital currencies, concluding it didn't consider the technology as a potential threat to the traditional electronic payments methods, while expressing its desire to collaborate with Bitcoin ATM operators. However, the organization shared a series of guidelines, mostly regarding support and supervision, which it believes would be beneficial for the ATM industry as a whole.

"We reach out our hand of friendship to BitCoin ATM operators, and encourage them to come within the fold of our industry and its governance framework and best practices. With over 120 BitCoin ATMs already installed in a variety of countries, the time is right to integrate them upfront into an industry with a proven four decade long track-record of secure, convenient services to cardholders and consumers," stated Mike Lee, CEO of the ATMIA in a press release.

- Mike Lee, CEO of the ATMIA

While there are 'only' 211 Bitcoin ATMs installed across the world, this number has been rapidly growing over the past year and the machines are unquestionably a worldwide success. The world's first BTM was installed last November in Vancouver and processed over CAD $1M in transactions in only one month.

Considering the huge potential of the Bitcoin ATM network, it is with little surprise to see the trade group demonstrate its support to the technology. "We are seeing signs of typical "creative destruction" of a genuine innovation in the payments space," reads the report, "ATMIA anticipates an eventual stabilization especially after integration of BitCoin ATM operators into a broad payments governance framework. Looking ahead, the jury is out as to whether BitCoin will ever become a mainstream currency. It does appear to be on track, however, for becoming an important global currency."

The ATMIA argues, "There is currently insufficient supervision of Bitcoin ATMs," adding that "these machines should be brought into the fold of the wider ATM industry, becoming part of the industry, subject, in particular, to security best practices and other aspects of the industry's code of conduct." To fulfill what it considers to be a requirement of success, the organization suggests "a peer relationship between Bitcoin ATM operators and the membership of ATMIA and similar associations in payments".

The trade group points out the need of addressing the industry issues, such as mitigation of risks of fraud, hacking attacks and money laundering, and makes the following recommendations:

While the non-profit encourages collaboration between BTM operators and the trade group, it addresses the condition of complying with the ATM industry's established governance framework and rules.. The benefits of a potential collaboration for the Bitcoin echo-system are still unclear, and while the digital currency is mostly known and worshiped for its decentralized characteristic, the governance topic - as entitling a person or an organization to deliver the 'license' to operate a BTM - might seem somewhat inconsistent.