An online petition circulated by DABFI, an Indian self-regulatory body, to its users urges the Indian government authorities to declare Bitcoin as legal. 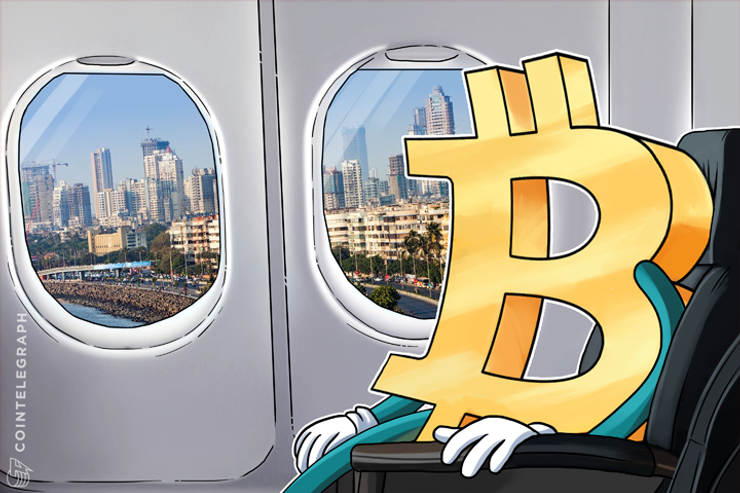 The question mark over the legality of Bitcoin and other cryptocurrencies in India is taking an interesting shape.

We reported not too long ago that the Indian Minister of State for Finance, Arjun Ram Meghwal, had issued a written reply to a question in the upper house of the parliament, which had led to a lot of consternation.

It would appear that the Indian Bitcoin industry is now taking steps to rectify the situation.

DABFI is petitioning the Indian government

Digital Asset and Blockchain Foundation of India (DABFI) has created an online petition, the link of which was sent to their customers today through text messages. This petition is asking the Indian Finance Minister Arun Jaitley, the Reserve Bank of India Governor Urjit R Patel and S. Selvakumar of the Ministry of Finance to “announce Bitcoins and cryptocurrencies as legal.”

The petition then goes on to state the benefits of the technology behind Bitcoin and makes a powerful point urging the finance minister and others to “stop bad actors, not the technology.”

Why create a petition?

The recent events in India have been causing a lot of questions about the status of Bitcoin and other virtual currencies in India. Before Arjun Ram Meghwal even answered his question, a member of the ruling Bharatiya Janata Party (BJP), Kirit Somaiya, who is also a member of the Indian parliament, had raised concerns about Bitcoin being a Ponzi scheme.

The Reserve Bank has too in the recent past issued several warnings to Bitcoin users. We asked Zebpay, A DABFI member, why DABFI created this petition. In an emailed response, Sandeep Goenka, co-founder of Zebpay, says: “Bitcoin is not illegal as per any existing laws. However, there is a perception in India that Bitcoin is illegal. This is also due to the press release from RBI, India's central bank.

To clear this, it would be great if the government proactively regulates Bitcoin like in many other countries. Bitcoin’s current legal status and RBI's circulars are posted on zebpay.”

In the email to Cointelegraph, Goenka reveals that the Indian Bitcoin industry is self-regulated and they are voluntarily following KYC norms and use regular banking channels for making payments.

Recently, the industry formed the Digital Asset and Blockchain Foundation of India (DABFI). One of the aims of the DABFI is to educate stakeholders including the government about the potential of cryptocurrencies in India. Other than Zebpay, Unocoin and Coinsecure are also members of DABFI.

Will the petition succeed?

Given the negative commentary in Indian media regarding Bitcoin and other cryptocurrencies and the recent statements of various members of government and parliament, it is an interesting question if the petition would be successful in getting Bitcoin to be declared as legal.

However, as far as Zebpay is concerned, the legal status of Bitcoin is clear. We asked them if they think the government will pay heed to their request.

“Actually there are some ministers who have asked for clarity on the government's stand on this industry. So it's actually not our request. We are clear that Bitcoins are legal.”

Related News
Crypto Market Trading — Inside Look From Those Earning a Living Off It
Startup Brings Crypto Payment Option to Over 730 Locations Worldwide
Bakkt Has Two New Appointments as Former CEO Leaves for US Senate
The Race to Lead 3 Class-Action Suits Against Bitfinex Over 2017 BTC Bull Run Is On
New Hampshire’s Second Bill to Accept Bitcoin as Tax Payment Fails
Three Days of Hearings Before India’s Supreme Court on Crypto Ban
<div is="sidebar" :sidebar-data="{"promoButtonsI18n":{"crypto-button":{"url":"crypto.btn.sidebar.url","label":"Get Crypto At True Cost\n","text":"Cryptoassets are complex instruments and investments carry a high risk of losing value. You should educate yourself in how crypto-markets work befo