The new site is also providing information about the game, especially for fans that are traveling to the game from other areas,news about the game itself and, as the season progresses, the teams that will play in it. 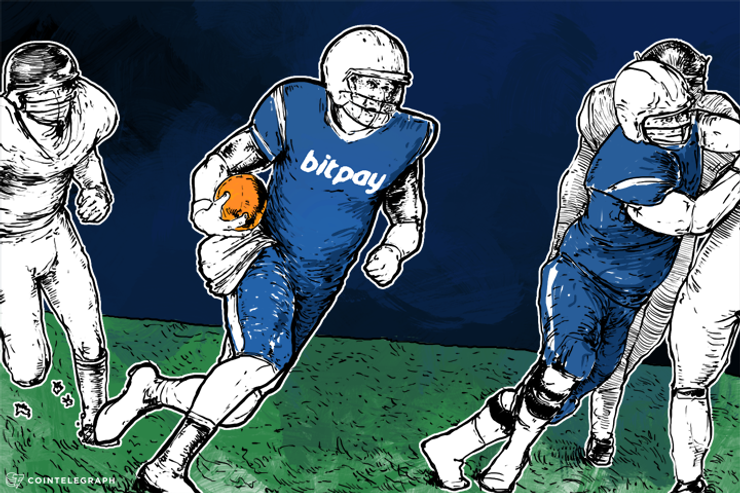 Cointelegraph reported in June that BitPay and ESPN had teamed up to change the name of the college football usually held in December in St. Petersburg, Florida from the Beef 'O'Brady Bowl to the Bitcoin Bowl. The final arrangements have now been completed and the website is online and ready for visits, including the purchase of tickets. The new site is also providing  information about the game, especially for fans that are traveling to the game from other areas,news about the game itself and, as the season progresses, the teams that will play in it.

With respect to ticket sales, this is a pre-sale that is available to only Bitcoin customers, which will give the Bitcoin community a two week head start on purchases and make planning much easier. The hope is that the stands will be packed with as many Bitcoin fans as fans of the teams on the field, which will drive awareness of Bitcoin and other digital currencies. There is also a special deal for groups of 16 or more who purchase tickets with Bitcoin. Instead of sitting in the stands these groups will be offered special suites that will allow Bitcoin companies to bring their "employees and clients and do some networking at the game. Anyone interested in this special offer should contact Ashely Wheeler for pricing and availability questions.

BitPay is working with Traveling Coin to offer Bitcoin Bowl Packages. This is the only Bitcoin Bowl travel site that allows all travel packages to be purchased with Bitcoin. Users will be allowed to choose from a range of hotels, game tickets, events and transportation options and pay with either Bitcoin or credit card. Users can also choose between pre-prepared packages or custom design a package that fits their specific needs and get the job done in minutes.

Bitcoin in the Stands

The St. Petersburg Bowl will also feature a “Fan Zone” dedicated to Bitcoin where fans can use Bitcoin to play games, exchange dollars, make purchases and many other things and Bitcoin ATMs will be in this area. There will also be a section exclusively for BitPay where potential clients can learn about the wide range of new products and technologies offered by the payment platform. Finally there will be booths for Bitcoin wallet providers that will allow fans to get their first Bitcoin and have a wallet ready.

Shop Until You Drop

BitPay has been canvassing the St. Petersburg area in an effort to sign up 100 new merchants for accepting Bitcoin a week before Bowl week. They will be hosting meet-ups all the way up to kick at these businesses to give them a boost and specials are also being offered by some of these businesses. Sponsorships are also being offered to promote your business inside the stadium.Ashley Wheeler also has information on this aspect of the promotion.

Related News
‘CoinLab Is a Big Stopping Block’: Mark Karpeles Talks Mt. Gox Creditor Claims and Life After Trial
Startup Brings Crypto Payment Option to Over 730 Locations Worldwide
Bitcoin Risk-Return a ‘Different Beast’ Compared to Amazon: Analyst
Bitcoin ‘Needs More’ PR from People Like Peter Schiff: Binance CEO
Blockchain and 5G: Greatest Promise Is to Transform the Developing World
A Stronger Foundation for Bitcoin ETF Applications
<div is="sidebar" :sidebar-data="{"promoButtonsI18n":{"crypto-button":{"url":"crypto.btn.sidebar.url","label":"Get Crypto At True Cost\n","text":"Cryptoassets are complex instruments and investments carry a high risk of losing value. You should educate yourself in how crypto-markets work before making any investments. Always invest responsibly and be prepared for the risks associated with investing in or using cryptoassets. This promotion cannot be considered investment advice."},"etoro-button":{"url":"https:\/\/ad.doubleclick.net\/ddm\/clk\/437480595;240556498;x","label":"Try Etoro","text":"Trade on the world’s leading social trading platform (Highly volatile investment product. Your capital is at risk)"},"hitbtc-button":{"url":"https:\/\/hitbtc.com\/?ref_id=5cba0be404aa3","label":"BEST LIQUIDITY ON HITBTC","text":"Note that all trading strategies are to be used at your own risk. Before trading, we recommend to make sure that you have a clear understanding of cryptocurrencies and how they are traded."},"changelly-button":{"url":"https:\/\/changelly.c