According to a cyber-security survey, 33% of UK companies are buying Bitcoin in anticipation of ransomware attacks. This comes after a Canadian university paid 20,000 Canadian dollars in Bitcoin for the encryption keys to their data this week. 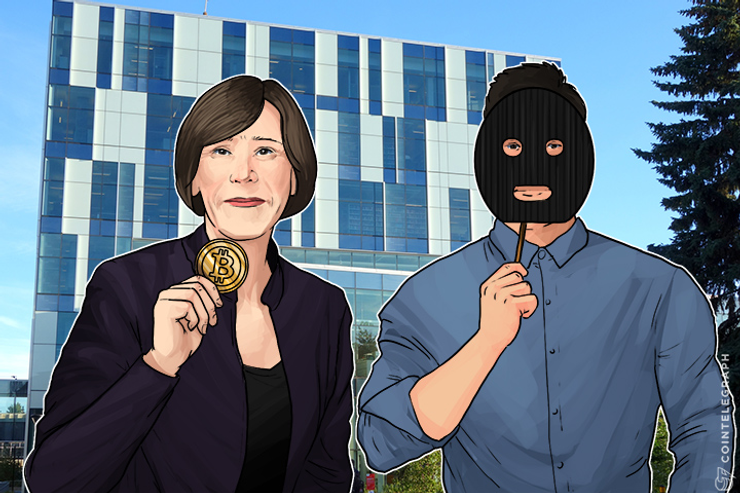 According to a cyber-security survey, 33% of UK companies are buying Bitcoin in anticipation of ransomware attacks. This comes after a Canadian university paid 20,000 Canadian dollars in Bitcoin for the encryption keys to their data this week.

More than 100 of the computers at the University of Calgary had been infected with the ransomware, causing email and other files to become encrypted. After their IT department spent countless hours trying to find a solution to the attack, it was resolved that they would pay the ransom money of CAD $20,000 (USD $15,780) in Bitcoin to the attackers.

“The university is now in the process of assessing and evaluating the decryption keys. The actual process of decryption is time-consuming and must be performed with care. It is important to note that decryption keys do not automatically restore all systems or guarantee the recovery of all data.”

The university also reported that there was no indication that “any personal or other university data was released to the public”. However, local police were still informed, and are investigating.

The attack and subsequent payout by the University of Calgary comes after the Hollywood Presbyterian Medical Center was attacked in February, and paid USD $17,000 to restore system access, while the Melrose Police Department in Massachusetts paid USD $450 in the same month.

“It’s very tempting for organisations to pay out the ransom because that might be the only way they can get their data back, but that makes it worse for everyone else because it encourages more people to set up schemes like the one used in the Calgary case. It would be better if nobody ever paid, although that’s unrealistic to expect.”

“What’s making matters worse is a new trend. The hackers are threatening to publicly publish information they found on your computers if you refuse to pay, which acts as a double incentive to comply.”

Also speaking to the BBC earlier in the week, Raj Samani, European technology head for Intel Security, said of the ransomware ‘epidemic’, “Ransomware and crypto malware are rising at an alarming rate and show no signs of stopping.” The BBC also reported that “other researchers reported seeing a 3,500% increase in the criminal use of net infrastructure that helps run ransomware campaigns.”

A recent cyber-security survey by remote access developer Citric found that of the 250 companies of various sizes that were surveyed, 33% of the IT and cyber-security specialists representing them said they were buying Bitcoin in anticipation of ransomware attacks.

The survey found that; 36% of smaller businesses (250-500 employees), 57% of medium-size businesses (501-1000 employees), and 18% of larger firms (>2000 employees had cryptocurrency in storage, with larger firms saying they were willing to pay up to £50,000 (USD $71,675) in Bitcoin for encryption keys if the data contained important intellectual property or business-critical data.

Analysis by Finance Magnates verbalised what many in the cryptocurrency community are inevitably thinking:

“This poll’s results raise a few interesting questions such as: why not just open an account with an exchange, which would not cost anything until (or if) the money is really needed; why not invest the funds in improving security or just get an insurance plan against hackers instead of paying ransoms and encouraging future attacks; and, isn’t holding bitcoin just giving hackers another target to aim for if they have already gained access to your systems?”

Perhaps the answer to the ransomware problem, at least in the eyes of the British lawmakers, is increased regulation. In a presentation to Members of the British Parliament, the Crown Prosecution Service (CPS), said virtual currencies are “increasingly a feature of serious and organised crime.”

The CPS is petitioning MPs to pass new laws to help them stop criminals and terrorists using Bitcoin, arguing that “these currencies allow criminals to operate and launder money without any legitimate oversight of their activity. A power for law enforcement to seize, hold and sell virtual currency is required if we are to keep abreast of changes in the manner sophisticated criminals operate.”

Keith Vaz, the chairman of the Commons Home Affairs Committee said of the proposal:

“I welcome the recommendation by the CPS that new laws are needed to seize virtual currencies, which are increasingly used by organised criminals, as well as terrorist groups. Virtual currency transactions are far from transparent, and clearly better oversight is needed to prevent anonymous and sophisticated money laundering operations.”