New York's 'BitLicense' draft, which recently made head waves for its heavy-handed approach, was another reminder that regulation is unavoidable. 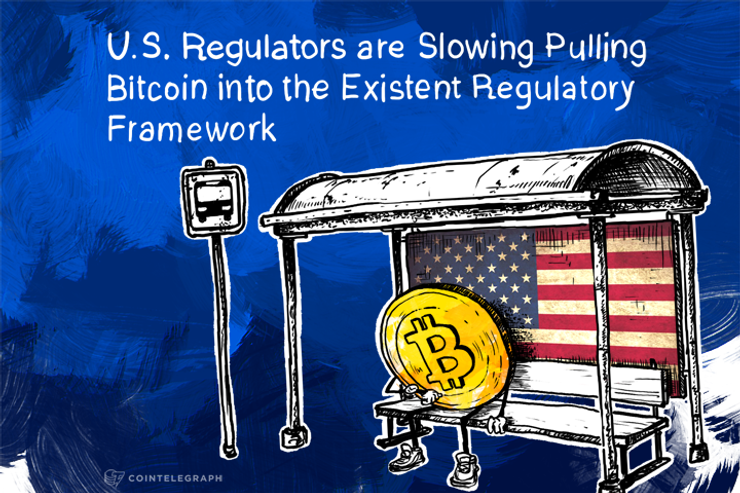 U.S. regulators are slowly rubbing Bitcoin into the existent regulatory framework. New York's 'BitLicense' draft, which recently made head waves for its heavy-handed approach, was yet another reminder that regulation is unavoidable.

Here are some key points from the wide-ranging U.S. regulatory discussion:

The panel discussed Bitcoin's complexity. As it can be used for a range of financial activities, it falls under the jurisdiction of a umpteen different alphabet soup agencies. For example, FinCEN oversees money laundering and terrorist financing concerns and the IRS treats Bitcoin as property for tax purposes.

Regulators have yet to implement a standardized approach to complex financial instruments, like securities and derivatives. But they are taking steps; Shadab pointed out that the Security and Exchange Commission brought a suit against someone running bitcoin ponzi scheme even though the contract was denominated in bitcoin rather than dollars.

Bitcoin exchanges need to jump some hoops to register as Money Service Businesses. But “existing banks probably would not need a special license,” said Van Cleef, if they choose to get involved in a cryptocurrency. “They would have a significant advantage because they already have the infrastructure in place,” she said.

“We operate under an explicit exemption, which exempts merchant processors from being registered as a MSB.”

The panelists agreed that while the BitLicense requirements we