A blockchain-based startup is developing applications based on decentralised vehicle history registry. The company has been granted €15,000 and will start working at the Volkswagen Future Mobility Incubator.

Volkswagen grants a high-tech project €15,000 for joint development of blockchain-based applications this year 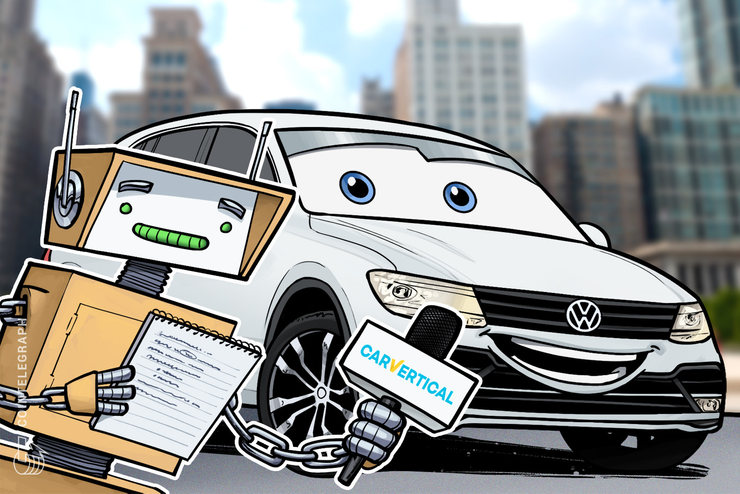 Lithuania-based company carVertical, who developed a platform for used car history reports, has been granted a ticket to the Volkswagen (VW) Future Mobility Incubator in Dresden, as the company became the winner of a manufacturer’s pitch competition, says the official press release. The event was held on May 31 in Riga, Latvia.

According to the press release, the decision was announced after numerous teams of entrepreneurs held their presentations at the event organised by German-Baltic Chamber of Commerce. As the expert jury noted, carVertical convinced them with their idea of using blockchain to record vehicle histories.

The outcome of the project is the joint development of blockchain-based solutions. This is supposed to enhance Volkswagen’s presence as the leader for future mobility applications and provide carVertical with valuable resources and expertise.

“In connection with the program, Die Gläserne Manufaktur also offers the assistance of mentors and coaches, an attractive working environment at the facility, high-quality IT infrastructure, contacts with Volkswagen research and development employees and decision-makers, professional advice by Sächsische Aufbaubank (SAB), close proximity to the start-up scene and both financial and personnel support from the City of Dresden”, says the press release. Automotive side of blockchain

According to representatives, carVertical is considered to be the most successful automotive-based initial coin offering (ICO). The team has reached its goal, having raised almost $20 mln during its ICO campaign in January 2018.

The history records app is designed to prevent used car frauds, as stated in the carVertical blog. In the app a user may find records by car’s Vehicle Identification Number (VIN) located in its technical passport or on a car’s body.

"Our goal is to enable every car buyer around the globe to get authentic and non-faked information about the specific vehicle and to help consumers in the maintenance of their vehicles", states the carVertical website.

A few months ago, the company announced a partnership deal with GPSWOX, a provider of global GPS tracking solutions, as reported by their blog. At the moment, carVertical tech team is working on the hardware specifications for its installation units.

Furthermore, carVertical’s initiative to build global and tamper-proof vehicle history registry is supported by European Union. The company’s board of advisors contains of current or previous executives of car manufacturers, cyber-security experts and blockchain professionals.