Gregor Knafelc is the owner of GreCom, a Business Development and Communications Company based in Slovenia. 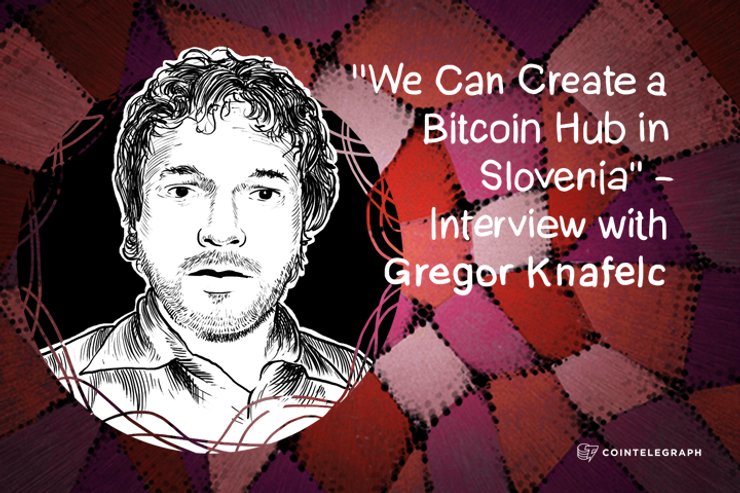 Gregor Knafelc is the owner of GreCom, a Business Development and Communications Company based in Slovenia, which has began focusing on developing Bitcoin startups in the region due to increasing demand.

Cointelegraph got the chance to reach out to Gregor to get his thoughts on opportunities for Bitcoin in the Central and Eastern European (CEE) region, how to move from technology to business thinking (which Gregor believes is “the next step”) and the prospects of Slovenia’s capital, Ljubljana, to become a cryptocurrency hub.

Cointelegraph: You mentioned in your bio that you discovered Bitcoin back in 2012. Could you tell us a little more on how this happened?

Gregor Knafelc: My friend opened a company and moved to Cyprus and he needed to open a personal bank account there but he changed his mind, due to political and economic situation there and instead of this he started to use BTC and converted large part of his savings into BTC.

After that I started learning about BTC. Today I strongly believe that BTC is one of the 3 major disruptive innovations that happened in recent past along side with affordable high speed mobile communications and 3D printing. All three are more democratic than the US constitution.

CT: Your company, GreCom, which helps companies penetrate into Central/Eastern European markets, recently started advising BTC companies as well. Are you seeing a lot of demand for your services from BTC startups right now?

GK: There is a demand on the market; we are getting requests every week from different international BTC companies and investors who are looking to penetrate CEE market. Not many people know that Central, Eastern Europe with Balkans has a population of over 200 million people. If we add Russia we are well over 30