Weekend Roundup: Microsoft Is In, Stolen BTC Returned to Blockchain.info, and Russia Goes After Cryptocurrencies Again

New weekend roundup from Cointelegraph about Microsoft Is In, Stolen BTC Returned to Blockchain.info, and Russia 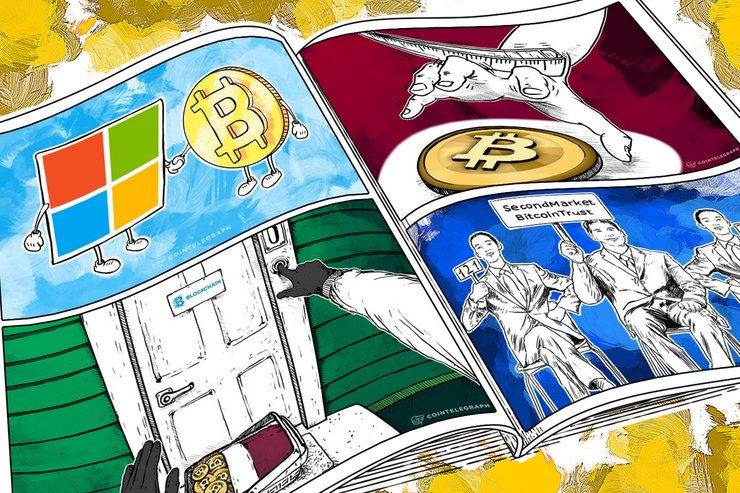 Ian DeMartino broke the big news this week when he reported Thursday that Microsoft quietly began accepting bitcoins via BitPay.

Following up on the story of security issues at Blockchain.info, Amanda B. Johnson reported Thursday that whoever stole the 255 BTC from the wallet provider had returned all the money.

“An anonymous white hat (meaning well-intentioned) hacker going by johoe noticed the security problem and began sweeping coins from vulnerable addresses. Two days later, on December 10, the white hat hacker emailed Blockchain.info and offered to return the 255 bitcoins to them, worth about US$90,000 at time of writing.”

Allen Scott reported Thursday that the Russian government appears all too eager to fast-track anti-cryptocurrency legislation.

“State Duma deputy Andrey Krutov (Spravedlivaya Rossya) explained: ‘Cryptocurrencies pose a risk to the financial stability and the financial sovereignty of Russia. There is already enough uncertainty in the market and people taking advantage of this situation by putting their money into Bitcoin and then losing everything is something that we do not