Why Are GoldMint Launching Their ICO After Chinese Hungry Ghost Festival?

As GoldMint plan to launch their crowdsale on September 20, we ask if the hungry ghost festival in China and beyond made them choose that date. Facebook: In Asia, it is time for the festival of the hungry ghosts but do these creatures from hell suppress investor appetite? 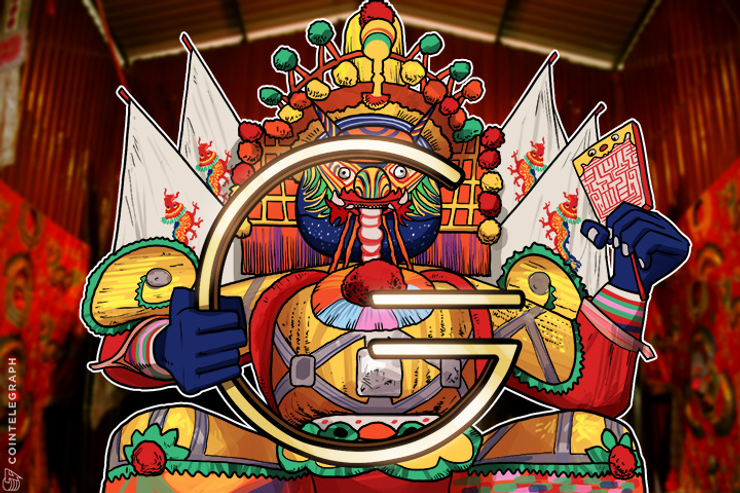 Do you believe in ghosts? The seventh month in the traditional Chinese calendar is celebrated as a ‘Hungry Ghost Festival’. In Mandarin Chinese, this festival is called 中元普度, or ZhongYuan PuDu.

This year, the festival started on Aug. 22 and will end on Sept. 19. Whether you believe in ghosts or not, the cultural significance of this festival is immense and is celebrated across East Asia and South East Asia, where people believe that the gates of hell are opened and spirits walk the earth.

However, the hungry ghost festival is not just about vengeful spirits or scary apparitions, it is a time to revel and make merry as well.

During this period there are many cultural events that can be enjoyed if you are near a Chinese community, but there are several taboos as well.

The festival has an impact on decisions like investments and it’s why GoldMint have decided to launch their initial coin offering (ICO) on a very special day. We’ve already covered what GoldMint is about at Cointelegraph, and how they plan to revolutionise the digital gold landscape.

It is said that the Buddha Shakyamuni had a disciple, who had special powers. The student was able to see his deceased mother, who’d been born as a hungry ghost in another realm with divine vision.

Even though the disciple would try to feed his dead mother, she could not eat because the food would turn to coals before it reached her mouth. Sorrowfully, the student asked Buddha for help. Buddha suggested that on the fifteenth day of the seventh lunar month, the student assemble monks and offer them food and five fruits, and also make other offerings.

This would enable his mother to escape the torment she was in.

Ever since then, it’s believed that in the seventh month, making offerings to gods, praying for ancestors and treating the hungry ghosts would liberate dead ancestors from suffering. This is how the spirits would be able to walk free from their suffering.

In writing this piece, we talked with Willie Tan, our very own China expert at Cointelegraph, who revealed that the Chinese burn incense, candles, hell notes (fake paper money) and other offerings as tokens of kindness and offerings to hungry spirits.

During the Hungry Ghost Festival, several nightly entertainments are organised for the benefit of the spirit visitors. Getai, or Chinese variety shows, are organised and filled with live performances.

Altars are also set up for the King of Hell called Tai Su Yeah, who is based on the Hindu and Buddhist King of Hell, Lord Yama. Everyone can visit these performances and enjoy, although they are known to be loud and boisterous.

It’s a great taboo to sit in the front row because those seats are reserved for special ghost visitors, who like to enjoy a show now and then.

It is also possible to witness the burning of the effigy of Tai Su Yeah and other deities, as well as paper items offered to them near midnight, after the period of outdoor celebration has finished.

The schedules can vary from place to place and from community to community.

There is no ghost in the Goldmint machine

The month during which the Hungry Ghost Festival is celebrated is considered to inauspicious for launching new businesses.

It is only when the month is over, i.e. on Sept. 20, that it is be considered a good time to launch a new venture. In keeping with the traditions of the Chinese people and a great majority of Asian people, GoldMint have decided to launch their crowdsale on the first day of the eighth lunar month.

It’s not that they are superstitious, but rather so that the crowdsale can be more inclusive and people from diverse cultures and backgrounds can participate.

Talking to us about the decision to start the crowdsale after the Hungry Ghost Festival, Dmitry Plushchevsky, the co-founder of GoldMint project explains,

“As we know, some Chinese people who honor the tradition tend to avoid investing in stock markets during the ghost month, as it might attract bad luck in the future. I wouldn't say that our team is prone to prejudice. What`s true is  that our ideas have much potential across Asia. There are no ghosts in the Goldmint way.”

Goldmint crowdsale will unlock gold for everyone

As the crowdsale begins on Sept. 20, 2017, it will be the first day of the eighth month of the Chinese calendar. Goldmint will put 10 mln MNT tokens on sale, out of which seven mln are being sold through the ICO. They have released a detailed whitepaper on the sale, which covers the technical aspects, as well as has information on the usage of funds.

The launch of MNT is the first step that Goldmint are taking in order to create a gold-backed crypto token in the future. MNT will allow funds to be raised for Custody Bot, which is an automated safe-type device that allows for assessment, storage and transmission of digital gold through the use of Blockchain technology.

GoldMint plans to bring transparency to the way the precious metal is handled by pawnbrokers and others, which will in turn enable greater use of gold as a currency, and make it inherently more usable than it is today for everyone. Even for hungry ghosts from hell.