Why Blockchain Needs ‘Proof of Authority’ Instead of ‘Proof of Stake’

VIVA introduces the concept of Proof of Authority, an algorithm which delivers instant transactions and seamless consensus. 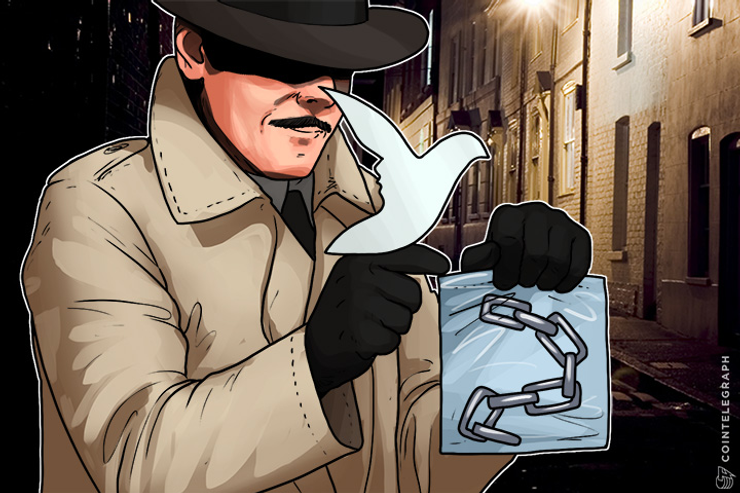 The cryptocurrency world is maturing and the debate over the right long-term consensus protocol is intensifying. The outcome of this debate will shape the future of the entire ecosystem.

The purpose of a consensus algorithm in a public Blockchain network is to make sure that the network’s participants agree on the current state of the Blockchain without the need to trust each other or to have a central authority.

It all started with Proof of Work

The use of Proof of Work mining was initially proposed to establish that a given block had required a certain amount of work to be mined. This allowed users to simply pick the longest valid chain with the highest amount of work as the correct chain.

However, Proof of Work is extremely inefficient in terms of energy consumption. This makes it expensive and incentivizes miners to centralize the hashing power. So, instead of pushing us towards a truly distributed network, these concentrated mining farms have become de facto authorities.

Another alternative was needed.

The focus switched to Proof of Stake

A Proof of Stake algorithm has nothing to do with mining. Instead, it is about validating. The specific actor responsible for the next block in the chain is determined by the Proof of Stake algorithm. In order to avoid overly concentrating this power, the algorithm must have some kind of randomness. At the least, voting shares must be distributed properly to avoid morphing into a centralized system.

In a Proof of Stake system, each validator must own some stake in the network. These stakes are bonded, which means that network participants deposit some money into the network using it as a collateral to vouch for a block.

In a Proof of Work network, everyone accepts the chain as valid because a significant amount of effort has been employed. Meanwhile, in a Proof of Stake network participants trust the chain with the highest collateral.

Within the cryptocurrency world Proof of Work remains the most widely adopted consensus algorithm. However, a few prominent projects including NXT, BitShares and Ethereum use or are migrating to Proof of Stake.

Even within the Bitcoin community, some members are considering trying to change the digital currency’s Proof of Work consensus mechanism to address scaling issues and improve the network’s operation.

But could there be a better alternative?

One project that launches its ICO on May 1st uses a technical design that goes far beyond both Proof of Work and Proof of Stake. The project is called VIVA and it introduces the concept of Proof of Authority.

What is Proof of Authority?

VIVA introduces the concept of Proof of Authority as an algorithm which delivers instant transactions and seamless consensus over a truly distributed network.

We recently asked William Banks, CTO at VIVA, to compare Proof of Authority with PoW and PoS models. “While Proof of Stake might have certain advantages, it is not a panacea. The problem is that there is no guarantee that the validator with the highest collateral deposited for a block is going to operate the network in its best interests.”

“In fact,” he says, “Proof of Stake coins are plagued with issues because rational people tend to act in their own self-interest. PoS works only because the best interests of the largest stakeholders usually do align with those of the network. In the case of a disagreement, however, the largest stakeholder might assume the role of the supreme commander.”

Keeping the endgame in mind is important

The distributed Proof of Stake algorithm was created to solve problems with the earlier Proof of Work algorithms. To make it work the decisions are weighted based on multiple factors.

First and foremost, the size of the stake and the interests of a validator are taken into account. Secondly, it is important to check when their decision last became the primary decision agreed upon by the network’s participants. Finally, it needs to be considered whether the outcome of this decision met with approval by the majority of the network participants.

“The proposed algorithm, however, does not account for the long time player who has the final endgame in mind from the very beginning.”

The Proof of Authority model suggested by VIVA disposes of certain egalitarian notions involved in weaker consensus models replacing them with cryptographic signature proofs and business contracts enforced and backed by the network.

The authority in this algorithm is de juris mutual assent to a settlement between the various parties based on the pledge of one set of assets against a whole other set. Thus, if one party falls out of consensus, the other parties automatically assume the non-consenting party’s assets and liabilities so that end users remain unaffected.

Banks goes on to explain:

“Nothing is lost in this scenario and a worst case event results in bankruptcy of the one who issued the uncovered notes, rendering it feeble and powerless until debts are repaid and the party is brought back into consensus.”

Each participant plays a distinct role and the network is able to respond to price changes by increasing or decreasing the energy in the system whether in a specific location or globally. Price and supply are used in the system just like the accelerator and brake pedals in a car.

The VIVA team asserts that their Blockchain differs significantly from previous models.

It is designed to be a multidimensional graph rather than linear like a traditional chain. Under this design, the VIVA network is said to be more akin to neural networks, with linked, weighted, interconnected data and an optimizing mechanism. This solves the NP hard “traveling salesman problem”, in order to reroute the network into multiple optimal configurations depending on the tasks required of it.

By drawing from information in their Content Addressable Network (CAN), the VIVA ecosystem allows for a more robust and intelligent network. Rather than reinvent the wheel, the VIVA team took advantage of hundreds of millions of dollars in research and investment by starting off with a custom fork of the powerful Hyperledger Fabric, which is backed by the likes of IBM and Intel.

VIVA has a three-tier cryptocurrency model consisting of VIVA Crowns, VIVA Coins and market-pegged instruments called vX which are tied to local fiat currencies for storing value like vUSD, vMXN or vEUR, etc. Within the system, VIVA Crowns are an indivisible digital asset secured by the best cryptography available. They grant the owner rights to access the network, operate a business referred to as a mint, and receive a Treasury Right (TR) every 90 days to mint a share of the total VIVA coins allotted within that quarter.

Within the VIVA network, coins are not mined, they are minted. A mint here can be thought of as a hybrid between a master node and a mining pool, which is allowed to conduct any business activity except minting VIVA Coins to sell on the open market. VIVA Crown Holders who do not operate a mint can sell their quarterly Treasury Rights to other mints who need them to cover their operational expenses.

With a few tricks up their sleeve

The VIVA Network goes far beyond being just another cryptocurrency. From its inception, it relies on real world business applications to bring in energy into the system. For example, TradeQwik is the crypto/fiat exchange and the primary gateway in and out of the VIVAconomy. It is the first operating mint on the evolving VIVA Network and is currently available in beta.

All transactions on TradeQwik are done using the network token VIVA Coin, with a few exchange pairs being offered for trading, including Bitcoin, Litecoin, Ethereum, Steem, Dash, Golos, XAU/GBG, USD, and MXN.

Another VIVA Business Application is Cashola, which is a peer-to-peer payment system which utilizes text messaging as a tool for making transactions. The solution will enable money transfer services to people around the world who may not have smartphones with a stable Internet connection but do have a cellular service. The VIVA team is planning to expand their money transfer licenses to further develop the service while also making it more simple and convenient for end users.

VIVA has also developed MedicAxess, an application which hopes to become a game changer in the medical industry. The app will allow individuals to control all of their medical records rather than having them scattered between medical clinics, hospitals, labs and health care providers. Individuals will be empowered to control who has access to their records when they seek medical care. MedicAxess is a unique application in that medical services providers will be allowed to store medical records on the network securely and for free. They will only pay a small fee when they access records on behalf of a patient.

Last, but not the least, VIVA introduces POETS (Proof of Educational Transcript System). In the near future, this application will connect educational institutions into a single network of credits earned by students. They will be able to choose courses and instructors from a pool of institutions, collecting the credits over a lifetime, and ‘cashing them in’ when they are degree-ready, and the issuing institution agrees. A lot has been said about life-learning, now there is an actual tool to ensure it, provided by VIVA.

The VIVA team is building an entire ecosystem encouraging each and every member of the community to participate. On May 1, VIVA is launching their ICO, which is going to last until May 21. During the ICO, a total of 6500 VIVA Crowns will be available for sale. After the ICO only one Crown will be discovered per week with no more than 42,000 Crowns ever being issued.

To learn more about the VIVA project, applications currently being developed and the upcoming ICO, please visit their website.