Will Work It For Bitcoin: Modern Escorts Use Cryptocurrency

Bitcoin is the modern escort’s best friend, allowing them to transact with clients with efficiency and privacy. 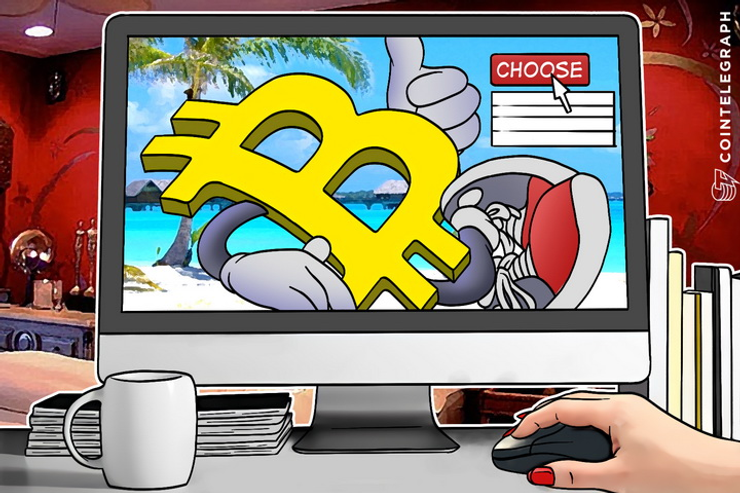 The modern escort relies on all manner of technological tools to help facilitate the trade, including Bitcoin.

According to an Australian escort based in London known as Oz, technological prowess can factor highly in the modern escort’s game. He maintains a website where he maintains a close eye on SEO and site rankings, and engages in online promotional tools such as hosting an AMA (Ask Me Anything) on Reddit. He also accepts Bitcoin for his services.

Oz explains his Bitcoin use, including the challenges presented by engaging with clients who may not be familiar with cryptocurrency.

“When I work for overseas clients, I get them to pay me in Bitcoin, if they can figure that out. It’s pretty alien to some of my clients – lots are middle-aged and older, and not all that tech-savvy.”

Cryptocurrency replacing cash as the most efficient payment method for vices

Because of its mix of efficiency and privacy, Bitcoin is a preferred method of payment for services that demand privacy in financial transactions, especially vices.

The Silk Road famously provided a platform for sales of illegal drugs and other activities, while Bitcoin continues to remain popular in the sex trade.

In an attempt to curb the privacy of such transactions, the European Commission proposed a database to track cryptocurrency users, matching real-world identities to various wallets and addresses used.

The end goal of this is to completely end anonymous cryptocurrency activity in the European Union.

Bitcoin the go-to option when normal financial services are denied

When companies and organizations are unable to use traditional banking options, cryptocurrency is the next logical step. WikiLeaks famously switched to Bitcoin after being blocked from receiving donations by all major card processors.

Service advertising platform Backpage.com experienced a similar denial of payment processors due to the illicit nature of some of business that transpires on the site.

A Miami, Florida man was charged with money laundering for selling Bitcoin to federal agents who claimed to be desiring it for illegal purposes, though he was acquitted when the judge ruled that Bitcoin isn’t money.

In Argentina, Uber switched to Bitcoin debit cards after a court ordered all card companies to cease and desist business with the ride-sharing company.

Related News
Is US Environmental Tax Policy Hindering Solar Power to Fuel Digital Technologies?
New Platform Lets Users Trade Crypto and Gold in Personal IRA
Friendly Fraud and the Failure of Chargeback Protections
Crypto Booking Service Sees 33% Boost After Partnership With Booking.com
Huobi Exchange Partners With UAE Real Estate Firm to Enable Crypto Payments
New Hampshire’s Second Bill to Accept Bitcoin as Tax Payment Fails
<div is="sidebar" :sidebar-data="{"promoButtonsI18n":{"crypto-button":{"url":"crypto.btn.sidebar.url","label":"Get Crypto At True Cost\n","text":"Cryptoassets are complex instruments and investments carry a high risk of losing value. You should educate yourself in how crypto-markets work before making any investments. Always invest responsibly and be prepared for the risks associated with investing in or using cryptoassets. This promotion cannot be considered investment advice."},"etoro-button":{"url":"https:\/\/ad.doubleclick.net\/ddm\/clk\/437480595;240556498;x","label":"Try Etoro","text":"Trade on the world’s leading social trading platform (Highly volatile investment product. Your capital is at risk)"},"hitbtc-button":{"url":"https:\/\/hitbtc.com\/?ref_id=5cba0be404aa3","label":"BEST LIQUIDITY ON HITBTC","text":"Note that all trading strategies are to be used at your own risk. Before trading, we recommend to make sure that you have a clear understanding of cryptocurrencies and how they are traded."},"changelly-button":{"url":"https:\/\/changelly.com?utm_source=cointelegraph&utm_medium=referral&utm_campaign=changellyctengbutton&ref_id=le9ssi8dgmskmqu0",&quot