You Can Now Buy Ebay Giftcards With Bitcoin, Litecoin and Dogecoin

In a surprise move, eGifter, one of the two biggest online gift card providers that accepts bitcoin, added Ebay giftcards as an option for its customers. 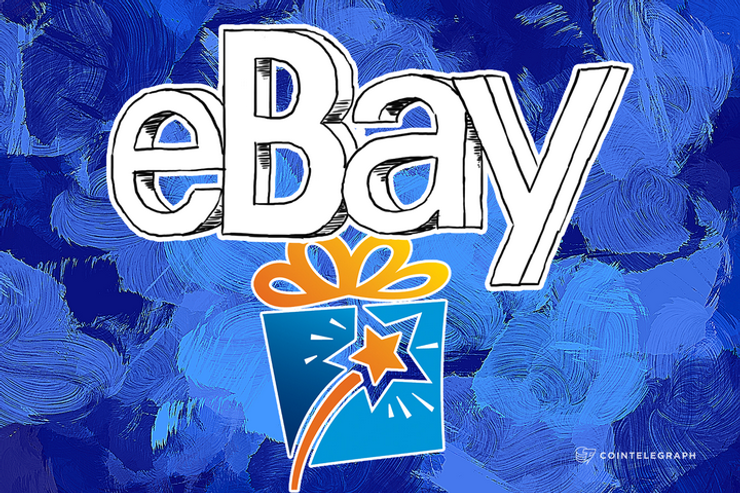 In a surprise move, eGifter, one of the two biggest online gift card providers that accepts bitcoin, added Ebay giftcards as an option for its customers.

This means that, for the first time on a major scale, people can essentially buy stuff on Ebay with Bitcoin, Litecoin and Dogecoin, albeit in an round about way.

Paypal, which is still technically a part of Ebay, recently started allowing merchants to accept bitcoins for payments and the CEO of Ebay has stated that his company will likely follow Paypal's lead on digital currencies at some point.

Back late last month, Ebay President  Devin Wenig was quoted in the Wall Street Journal as being very open to the idea of accepting Bitcoin at some point in the future:

“Both eBay and PayPal are open to [Bitcoin]—PayPal is experimenting with it—and through our relationship we’re likely to do the same. I am very open to it.”

But the wait has been painful for some, especially those who want to turn some of their digital currencies into holiday gifts purchased on Ebay. eGifter appears to be ready to fill that void by offering gift cards in denominations from US $5 to US $500.

This is still a far cry from Ebay going out of its way to accept bitcoin itself, and it should be pointed out that offerings on egifter (and its primary competition, Gyft) often disappear without warning. A store supported one week may not be offered the next.

That being said, you can now purchase stuff on Ebay using your cryptocurrency, something that was nearly impossible to accomplish in a secure and trustworthy way just a few hours ago. With any luck, Ebay will begin accepting Bitcoin directly, but until then, at least we finally have a viable option.