WINGS DAO members can earn up to $250,000 in BANCOR and Ethereum token rewards distributed via smart contracts 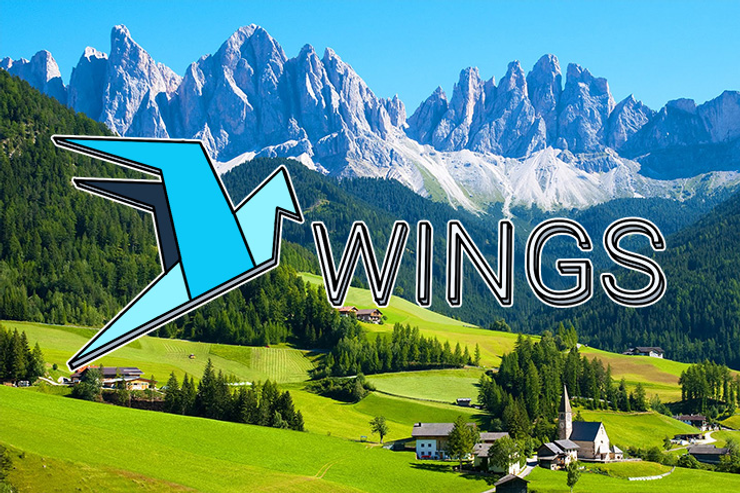 WINGS DAO members can earn up to $250,000 in BANCOR and Ethereum token rewards distributed via smart contracts.

Zug, Switzerland, June 5, 2017 - Bancor Protocol, the standard for creation of intrinsically tradeable cryptocurrencies or ‘Smart Tokens’, today announced a collaboration with WINGS, an Ethereum-based platform that harnesses the power of crowds for discovery and promotion of projects seeking funding, to help value and promote the upcoming crowdsale of the BANCOR network.

The BANCOR network token will be the first Smart Token benefiting from continuous liquidity and automatic price discovery directly through its smart contract, without the need for a second party to exchange with, nor dependent on being listed in an exchange. Members of the WINGS DAO will be able to forecast on the result of the upcoming Bancor token sale this June, and share their forecasts with their social networks. Accurate forecasts will receive higher payments rewards which could be as high as $250,000. Members of the public will be able to see the forecasts of their social connections as well as aggregations of the crowd's sentiment for Bancor. For many people new to cryptocurrencies and smart tokens, crowd valuations are an important part of their understanding the project's climate for success.

“BANCOR is a truly innovative concept in the cryptocurrency space that will allow 1000s of new currencies to float on the Ethereum network,¨ says Boris Povod, President of the WINGS Foundation Council. "We designed WINGS to allow people from all over the world to value and promote projects they believe in and are excited to have a team and project as strong as Bancor to be the first crowdfund presented to the WINGS community.”

In this first decentralized analysis of a token, the WINGS DAO community will have the chance to evaluate and provide feedback on the BANCOR network token crowdsale at the website.

“We are excited to work with WINGS on harnessing the power of the crowd to help people evaluate the sentiment around the Bancor Protocol project. Bancor at its core is about allowing mass participation in the emerging value network economy, and this is another great way to bring people in and empower individuals to participate actively", says Eyal Hertzog, Cofounder and Chief Product Architect.

Once the Bancor crowdsale ends the WINGS DAO will be rewarded based on the performance of the crowdsale with a mix of Bancor token and Ether capping at $250,000.

WINGS token holders will be able to collect their algorithmically determined forecasting reward, based on the math model designed by Dr. Sergey Popov, simply by calling on a smart contract which will distribute their allotted Ethereum and BANCOR tokens as well as adjust their publically available WINGS Forecast Rating.

Bancor protocol is an initiative of the Bprotocol Foundation, a nonprofit organization based in Zug, Switzerland. Bancor protocol is a standard for the creation of Smart Tokens, a new category of cryptocurrencies which are intrinsically tradable. Starting on the Ethereum public blockchain, Bancor utilizes a new method to enable built-in price discovery and an automatic liquidity mechanism for Smart Tokens, without the need for matching two parties in an exchange. The Bancor Protocol creates a new type of interconnected asset exchange ecosystem, and unlocks the long tail of user-generated currencies. Smart tokens are designed with additional functionality such as delegated account recovery to address the key barriers in security and liquidity that prevent mass adoption of cryptocurrencies.

WINGS Foundation is based in Switzerland and comprised of a decentralized team of professionals aiming to bring blockchain-enabled projects to the mainstream via forecasting. WINGS uses DAO technology to enable a new type of emergent incentivized swarm intelligence for value discovery on the Ethereum. WINGS provides best in class libraries of smart contracts for blockchain based crowdfunding and for post-funding decentralized governance. To learn more please visit a website.