Abu Dhabi, UAE — Empire Token’s flagship utility, the Empire NFT Marketplace, is now live on the Ethereum mainnet. The Ethereum blockchain is a global computing platform and operating system that can be used to create decentralized services and applications. Fortunately, the bright future of this blockchain now has Empire on its side. Nonfungible token (NFT) creators and traders can now use Ether (ETH) and Ethereum-based tokens to mint and trade NFTs on the Empire NFT Marketplace. Projects that are powered by Ethereum may include anything from smart contracts, voting systems, decentralized exchanges (DEX) and much more. Constructing a bridge to Ethereum will be the building blocks for exciting applications to come to the Empire Ecosystem. 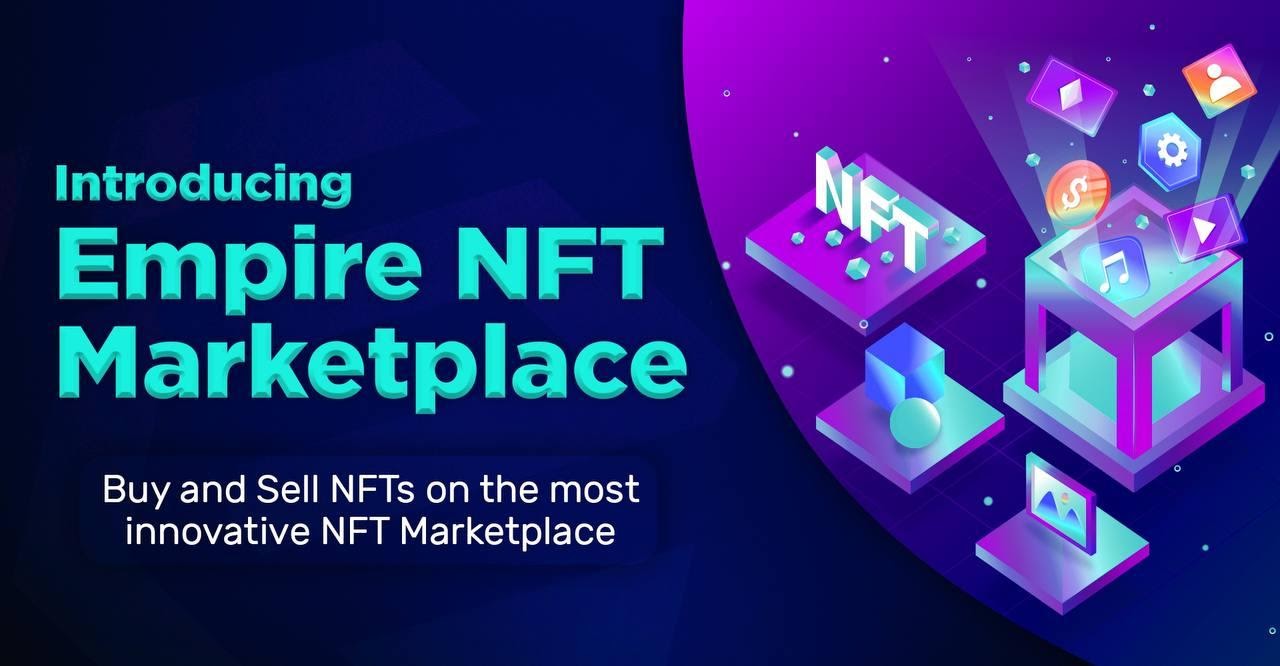 Empire NFT Marketplace expansion to Solana is likewise around the corner. Solana is a company that offers enterprise-grade blockchain solutions to meet the increasing demands of enterprises. Solana is a high-performance blockchain that’s designed for modern workloads. It has all the features of Bitcoin, but its application system can do so much more. Solana has the scalability of Ethereum, the privacy of Zcash (ZEC) and is quantum-resistant. Empire will get the best of Solana’s scalability for all its upcoming projects and ensure modern-day tools are provided for the Empire ecosystem.

Empire Token has also signed with a top-tier exchange to be revealed soon. All it can share right now is that this exchange is one of the world’s leading crypto exchanges in terms of trading volume according to CoinMarketCap, which lists it in the top 10. In the next two months, Empire will be listed on other top 10 exchanges as the project continues to expand on the global crypto scene.

In addition to the big exchange listing news, Empire plans to launch Goosebumps, which is Empire’s own DEX and portfolio-tracking platform. Aside from typical portfolio features, Goosebumps will have unique functionalities including a multi-chart layout trading view, multiple wallets tracking and an alerts system for major price movements. The DEX will also have a launchpad feature where users can easily invest in or launch their own initial coin offerings with Empire. For investors, this means a quick and easy way to get into the booming crypto market. For entrepreneurs, it means a streamlined path to raise funds for projects without going through the tedious process of doing so themselves. The launchpad will be key to raising funds for projects. Goosebumps can also help enterprises manage their digital assets and tokens in an easier way while keeping them secure from frauds and scams.

All of these interesting new projects to the Empire Ecosystem will be available to new and experienced users significantly faster with the help of the Empire Payment System. Empire Payment System is currently in the development phase, but it will allow instant conversion from fiat to cryptocurrency and vice versa. This will make the process of transferring money from one currency to another much more efficient and easier. This system will solve a lot of problems that people have with the current payments systems that are available on the market. It will also provide a much more secure way of transferring money around for people who don’t want their information going through the internet.

Built as a super token, Empire Token is a decentralized token on the Binance Smart Chain, bringing utility stretching from decentralized finance (DeFi) applications to real-world operations. Empire’s goal is to bridge the gap between the crypto world and the real world as the latter gradually adapts to cryptocurrency. Empire aims to do this by integrating strong use cases into the token that will bring value not only to the whole DeFi and blockchain ecosystem but also the real world through innovation, utility and modern tools.