In recent years Slovenia has been increasing its reputation as an innovation driven country, especially in the blockchain technology. 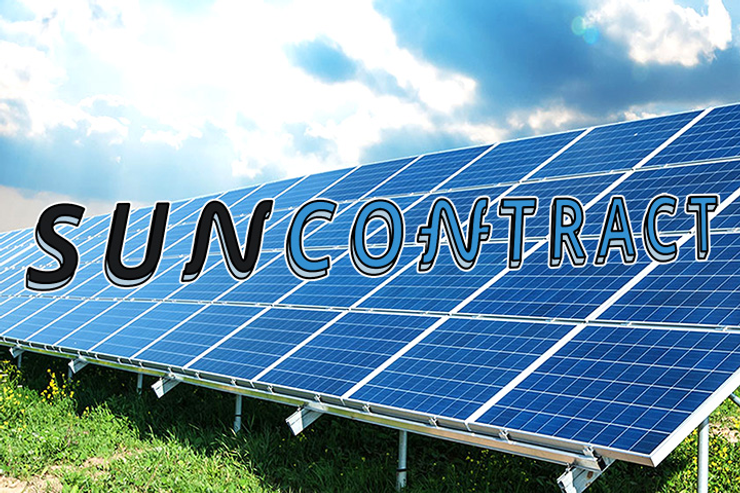 In recent years Slovenia has been increasing its reputation as an innovation driven country, especially in the blockchain technology. Several projects in different development stages have been introduced and some are in the process of going viral through crowdsale. This group of companies will shortly be joined by a new member in the likes of SunContract, an energy trading platform.

“Right from the start Slovenia is considered as a land of pioneers in decentralised blockchain technology. Everywhere I look: great ideas, brilliant minds and projects bound to change the world. Now I will proudly present you the project I was secretly waiting to happen for almost a decade, and was introduced to me by CSO (chief security officer) of the project himself.”

A project of decentralised energy market is going to be based on Ethereum platform, on which their ERC20 token called SNC will be issued. The number of tokens created will be approximately 1 billion (depends on ETH amount raised), and the entire supply will be distributed after the token sale is completed. No new tokens will be created in order to form a closed ecosystem with finite supply of tokens which will be used for trading with electricity on SunContract platform.

The primary function of SNC token is not holding a value as majority of other tokens but as an intermediary for trading the energy. The energy sector is a multi-trillion USD market. The focus of this project will be to constantly increase the demand for SNC tokens by increasing the trading volume inside the SunContract Energy Pool. A growing number of customers will increase the number of transactions, thus increasing the demand for SNC tokens. A positive correlation is expected between the SNC market value and the size of the SunContract network implying the economic laws of supply and demand. Realized income from platform fees will be also used for buybacks of SNC tokens which will put a deflationary pressure on the price of tokens.

Project CEO and Co-founder is MSc Gregor Novak who has over 20 years of experience in the energy sector. The team has a number of experts in different areas important for the project success. There are energy engineers, IT developers, IT security, economists, and many others, including an Escrow PhD Matjaz B. Juric, a renowned professor at University of Ljubljana. In the roadmap they plan to launch a platform in Q1 2018.

The SunContract’s vision is to support a global self-sufficient energy community based on renewable energy. SunContract disrupts the energy sector with a new business model supported by the blockchain technology. Blockchain takes over the role of the middle man as a technology infrastructure which can be trusted by default. SunContract would like to take the full potential of renewable energy resources such as Sun, wind, water, geothermal energy or biomass but is not limited only to them.

They presented the global problem of existing system with the following quote:

“The Earth is 4.6 billion years old. Let’s scale that down to 46 years. We’ve been here for 4 hours. Our industrial revolution began 1 minute ago. In that time we’ve destroyed more than 50% of the world’s rain forests. (Greenpeace)”

In their whitepaper several interesting points were presented. In its current state, the energy market is facing challenges in the form of centralized conventional power stations that often require high costs of energy transmission over long distance. The existing electricity model with its infrastructure will not be able to cope with the increasing electricity demand that is expected to more than double by 2050. A change of the model is necessary with a shift to decentralized energy production supported by renewable energy. Projections show that by 2040 more than 60% of total investment into the energy sector will go into renewables.

SunContract is dedicated to: transform electrical energy into a digital commodity, enable personal contribution for improving the global situation, support self-consumption and self-sufficiency, take the full potential of local renewable resources, take advantage of blockchain technologies, enable transparent transactions between producers and consumers through the Pool based on smart-contracts, lowering costs by reducing the role of the middleman, strengthen the cryptocurrency network, connect people worldwide, borderless and taking an important step towards reducing global warming.

Projects vision is nicely demonstrated through 5 T and 5D analysis that represents the features of blockchain technology (5T) and renewable energy (5D):

Half of the raised funds will be appointed for further development, a quarter will be used for marketing purposes, 15% for operations and 10% for legal matters. Out of all tokens issued after the token sale 80% will be divided among token sale participants. The rest is reserved for the team, escrow, advisors and other partners. Minimal threshold for the project to operate is 10.000 ETH (approximately 3 million EUR) and the cap is set at 100.000 ETH (approximately 30 million EUR). The team has also included a bounty campaign for promotion of their token sale starting on June 28th 2017. More information about the bounty campaign and the project itself can be found on SunContract official page, Slack channel and on forum site Bitcointalk.org.