TRON’s mission to create an internet for all, defining decentralization

Geneva, Switzerland, July 27 – TRON was established in 2017 with the vision to decentralize the web, and it has aligned its mission to follow that purpose over the last five years.

For most blockchains, decentralization is a central theme. It's a form of administration that delegates power to individuals; as a result, users are able to contribute to and own a piece of the network. 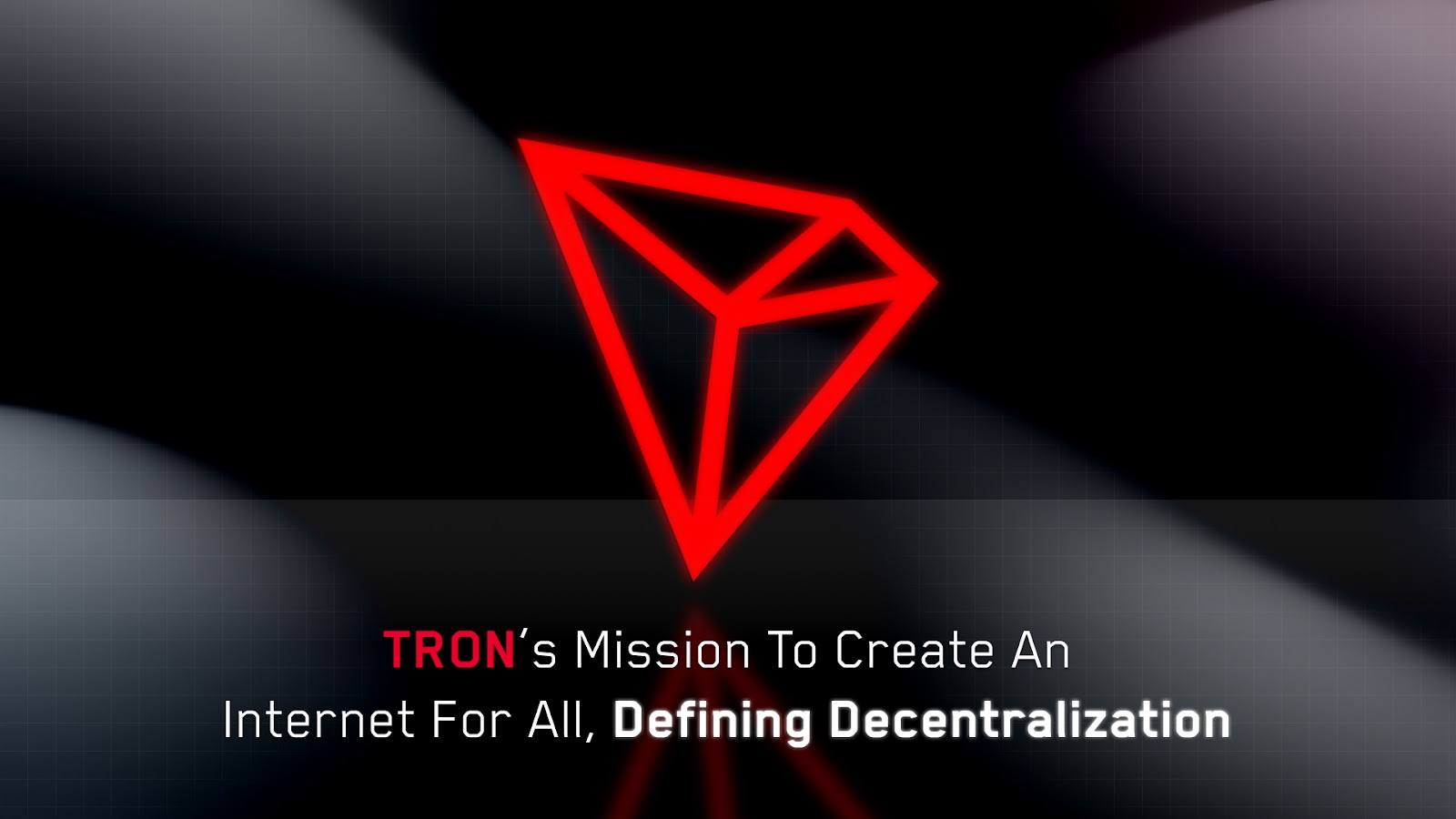 The four elements of TRON's decentralized architecture are the protocol, nodes, assets, and dApps. Decentralization encourages putting the power in the hands of the people, which is why TRON took its commitment to decentralization to the next stage in December 2021, by dissolving its foundation and establishing itself as a community-governed Decentralized Autonomous Organization (DAO).

Decentralization of the Protocol

TRON aims to empower developers and users to create and share content without limitations. It uses the Delegated Proof-of-Stake (DPoS) consensus mechanism to manage its blockchain. Only elected nodes can approve transaction blocks, unlike a PoS system, which allows anybody with enough assets staked to do so. This structure enables users to safeguard the network by delegating their staked assets through a mechanism of incentives.

Every blockchain network uses a consensus mechanism, and DPoS is one of the most efficient consensus algorithms available. DPoS consumes less energy and completes transactions faster than PoW (Proof-of-Work) or traditional PoS systems. Every six hours, the TRON community elects 27 block validators to serve as "Super Representatives" (SRs) in the ecosystem.

Due to the numerous advantages, many blockchains have transitioned to a DPoS mechanism to power their networks. Regardless of the amount of staked TRX or how many votes SRs receive, each SR has identical voting power on the TRON network, ensuring that the governing percentage per SR is equally balanced.

Nodes are the foundation of every blockchain network. As a result, any examination of decentralization must evaluate them. TRON's geographical diversity in nodes makes it more secure and durable.

The distribution of native assets, as well as their availability, also contributes to the blockchain's decentralization. The amount of TRX wallets has risen at a tremendous pace with a 134% increase in one year, from about 26 million in July 2021 to over 61 million by July 2022. The network's popularity and user base grow with more TRON wallet users and will continue to contribute to the network's decentralization. Today there are over 100 million user accounts on the network, and the number of users is growing daily.

The number of dApps, smart contracts, and users is also noteworthy for decentralization.

The TRON Grand Hackathon is an outstanding opportunity for budding entrepreneurs and their ideas to grow the TRON network. The various projects submitted during the Hackathon contribute to the diversification of the ecosystem by providing numerous dApps that continue to develop it.

To learn more about TRON’s decentralization and review what the historical data shows, read the “A Deep Dive Into Decentralization” report on https://trondao.org/blog/ .

TRON is dedicated to accelerating the decentralization of the internet via blockchain technology and decentralized applications (dApps). Founded in September 2017 by H.E. Justin Sun, the TRON network has continued to deliver impressive achievements since MainNet launch in May 2018. July 2018 also marked the ecosystem integration of BitTorrent, a pioneer in decentralized Web3 services boasting over 100 million monthly active users. The TRON network has gained incredible traction in recent years. As of July 2022, it has over 104 million total user accounts on the blockchain, more than 3.6 billion total transactions, and over $11 billion in total value locked (TVL), as reported on TRONSCAN. In addition, TRON hosts the largest circulating supply of USD Tether (USDT) stablecoin across the globe, overtaking USDT on Ethereum since April 2021. The TRON network completed full decentralization in December 2021 and is now a community-governed DAO. Most recently, the over-collateralized decentralized stablecoin USDD was launched on the TRON blockchain, backed by the first-ever crypto reserve for the blockchain industry - TRON DAO Reserve, marking TRON’s official entry into decentralized stablecoins.