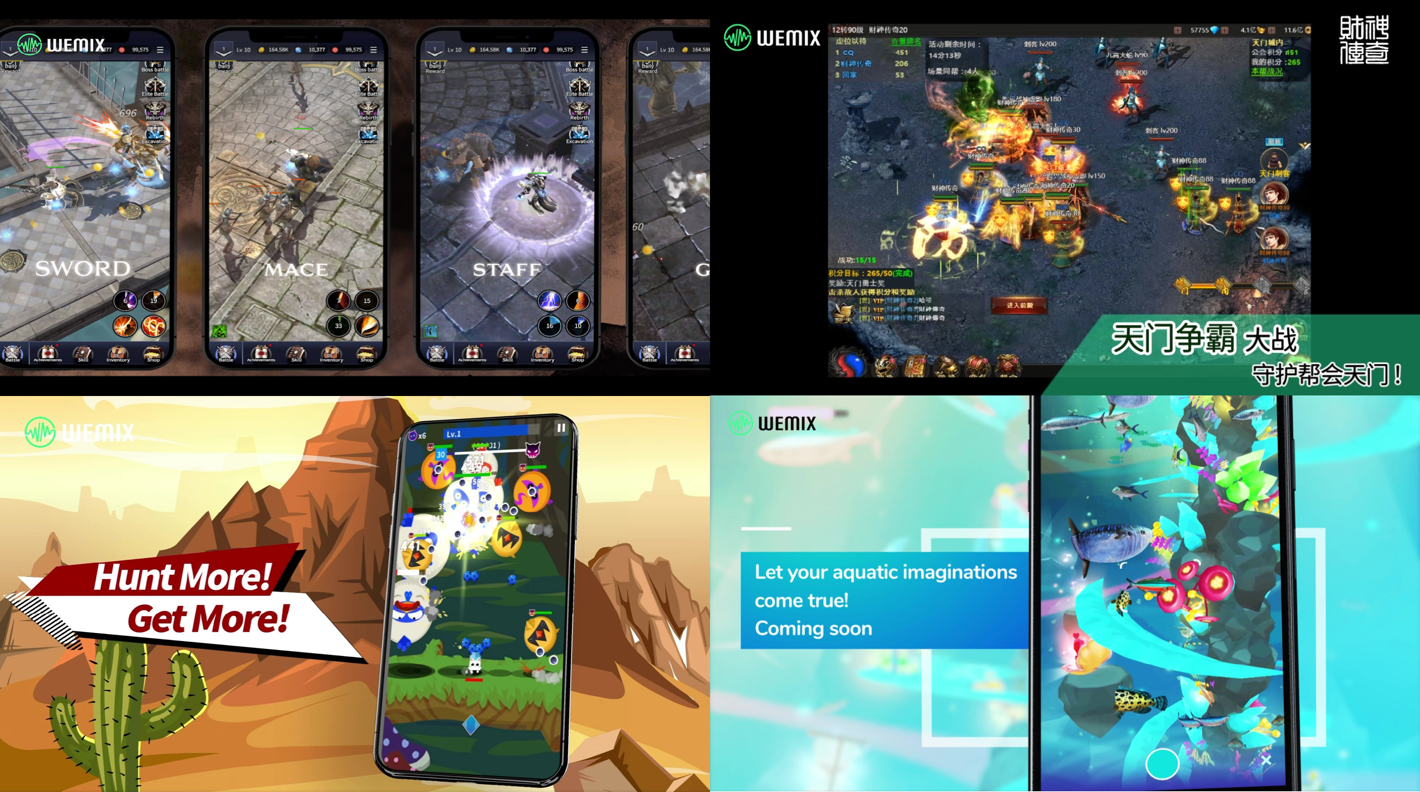 Wemade Tree, the blockchain subsidiary of Wemade, was established to promote blockchain business. Wemade, a South Korean game giant listed on Kosdaq, boasts more than 500 million users in The Legend of Mir, also known as ChuanQi in Chinese. Wemade has around 10 subsidiaries, some of which include Joymax and Flero games, both of which have mega-hit game titles.

The highly anticipated new series of games are expected to be instant crowd-pleasers from role-playing gamers to casual gamers.

CrypTornado for WEMIX is an idle RPG game, where countless combinations of characters and items facilitate a different experience for every user. Users are granted opportunities to acquire new items and gears through the growth and reincarnation of their characters. All the items will be securely stored as a nonfungible token asset.

The trailer for ChuanQi H5 for WEMIX has also made its way to the public. ChuanQi H5 is based on one of the Chinese best-seller intellectual property, ChuanQi. While ChuanQi H5 retains its core favored by a countless number of users, it will be equipped with major content upgrades along with blockchain technology. Users will now be able to master even more powerful characters through developing martial arts skills and gain game tokens at the same time.

BirdTornado for WEMIX is a game whose objective is to destroy monstrous birds. Its simplicity allows for intuitive gameplay for users. Players are compensated for annihilating avian monsters, which helps them to continue enhancing their characters. In the end, users will be provided with opportunities to challenge in the ultimate stage where they will be provided with chances to earn tornadoes. BirdTornado will be the very first game to be launched on the WEMIX platform.

Last but not least, AQUA for WEMIX entails expanding fishery habitats and creating different fish through breeding regular and special fish. Besides, AQUA boasts more than 250 types of fish within the game to ensure diverse users’ aquatic experience. All the collected fish will be securely stored as an NFT asset to be safely exchanged among users.

All four corresponding games have been developed, utilizing WEMIX blockchain technology, to provide a new set of entertainment and values. Wemade Tree will focus on attracting users from all around the world to its WEMIX platform.

WEMIX cooperates with many partners to accomplish the success of games and the platform. WEMIX governance partners include Klaytn, the public blockchain platform from Ground X — the blockchain subsidiary of Kakao, one of South Korea’s best IT companies; Longtu Game, a Chinese game conglomerate hosting more than 200 million game users in Tales of Cuties; Naver Cloud, a subsidiary of the most prominent South Korean IT conglomerate, Naver, which provides different types of service, including security, cloud, IDC and corporate cloud; and ChuanQi IP, a subsidiary of Wemade overseeing and guarding the IP and copyrights of ChuanQi game series with over 500 million users in China.