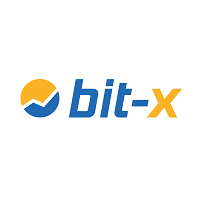 BitX exchange is a global platform for cryptocurrency trading. The company was founded in 2013 and the main cryptocurrency used on BitX is Bitcoin. Initially, BitX aimed to be used solely as the BitX app for mobile devices by African citizens, as many in the continent do not have computers or bank accounts, operating with mobile phones only. Besides this, African national currencies are under the risk of hyperinflation, which resulted in such a platform gaining rapid popularity, as Bitcoin can be sold, bought, sent and received instantly and for low transactional fees. According to the company, the platform only uses modern banking technology and frequently performs auditing, and finance and technology checks. BitX provides users support on local African markets.
Editor’s Choice
Cointelegraph YouTube Subscribe
Advertise with us
Bitcoin BTC/USD
20,440 +1.35%
Ethereum ETH/USD
1,178 +3.33%
Litecoin LTC/USD
50.06 +0.02%
Ripple XRP/USD
0.33 +2.72%
EOS EOS/USD
1.00 +1.80%