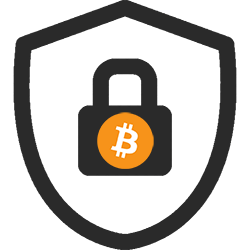 Blockchain and cryptocurrency security is essential. After all, an autonomous monetary system can only go so far if it can be easily exploited by hackers, rendered inoperable through a mere software bug, or shut down by the powers that be.

Bitcoin’s unique security model is possible through a clever alignment of incentives between the network’s stakeholders — miners, developers, merchants and users. Any attempt to capture the network or reorganize the chain would result in the value of the currency plummeting and thus render any intended benefit completely worthless. The cost of being a bad actor significantly outweighs any possible reward.

Thus, it is in every participant’s best interest to simply play by the rules and collectively work toward the maturation and adoption of the Bitcoin (BTC) ecosystem.

Since its launch in January 2009, the Bitcoin network has never been compromised at the base layer and has had virtually 0% downtime, making it one of the most secure computer systems on the planet.

Cryptocurrency wallets, applications and exchanges that build products and services atop Bitcoin and other crypto networks, however, have frequently been the target of hacks and scams, highlighting the ongoing need to establish best practices around cybersecurity and operational security.